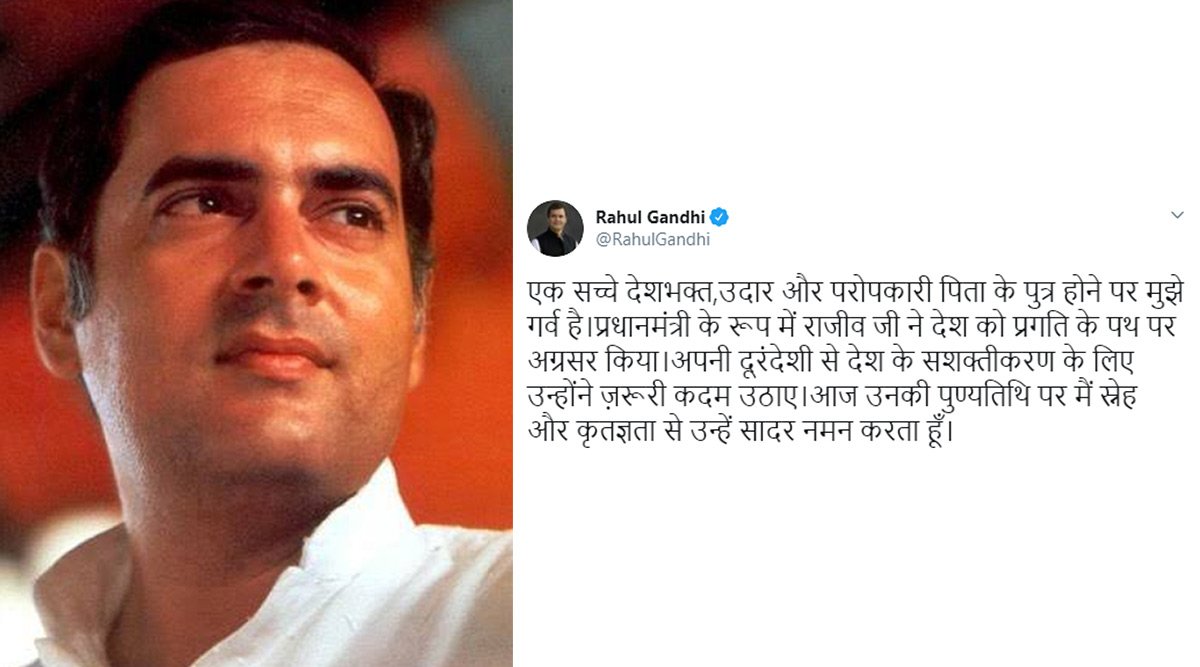 "I am proud of being a son of a true patriot, liberal and philanthropic father. As Prime Minister, Rajiv ji has put the country on the path of progress. He took many necessary steps to empower the country with his forward-looking vision. Today on his death anniversary, I salute him with affection and gratitude (sic)," Rahul tweeted on Thursday. Rajiv Gandhi was assassinated on this day in 1991 by a suicide bomber during an election campaign. Life and Times of India's Youngest Prime Minister and Facts About Him.