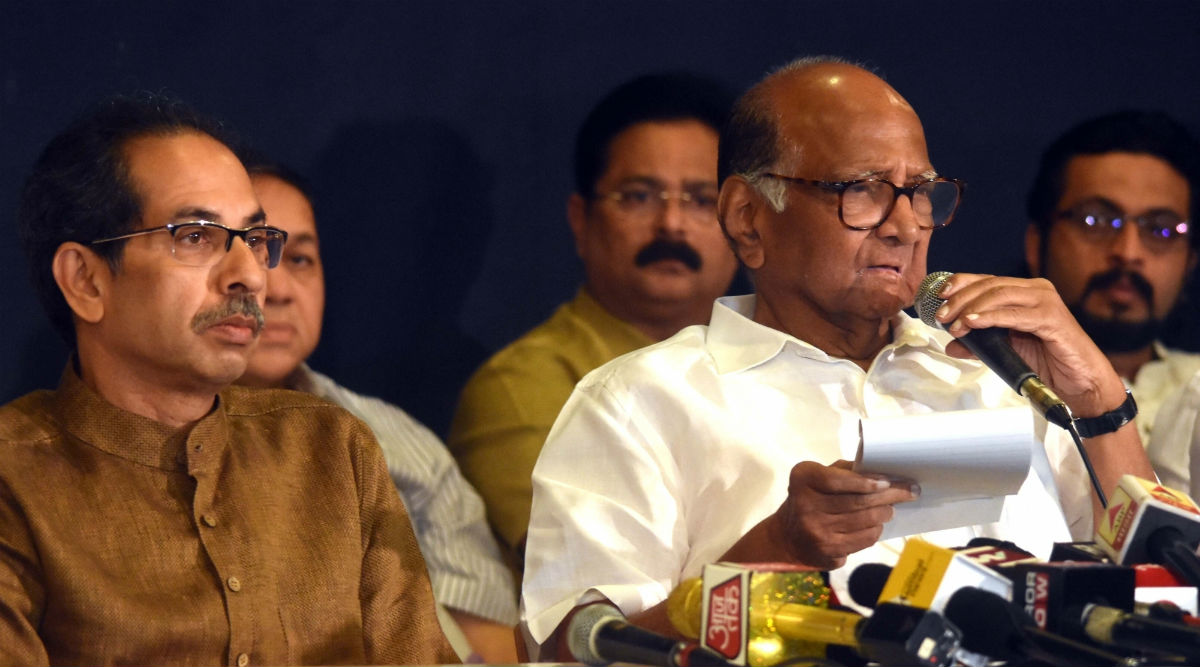 Mumbai, December 8: Days after Shiv Sena President Uddhav Thackeray was sworn in as Chief Minister of Maharashtra, Nationalist Congress Party (NCP) chief Sharad Pawar, has finally revealed how the two parties along with the Congress formed the government despite having different ideologies. Asked how the Shiv Sena was persuaded to accept the word 'secularism' in Maha Vikas Aghadi's common minimum programme, Sharad Pawar said that all three parties made compromises. Sharad Pawar Emerges From Shadows As Maratha Strongman Amid Power Tussle in Maharashtra.

Pawar further said that even the NCP and the Congress made compromises, adding that they gave up the demand of sharing the chief minister's post. "Initially, we thought the government should be led by both parties, two-and-a-half-years each. But the Sena insisted on five years. So we said alright, you run. The compromise from our side was this," the NCP chief said. Asked about Shiv Sena workers alleged role in the 1993 Mumbai riots, he said that coalition of different ideologies, in fact, ensures the safety of all sections of the society.

Pawar said: "My party is not favourable to the government’s decision. Just isolating one section of society is not fair, it is not done, it is not doing justice to all cross-sections of society. We do not support it." The proposed legislation is criticised for leaving out the Muslims and also on the grounds that it contradicts the Constitution for discriminating people on the basis of faith.