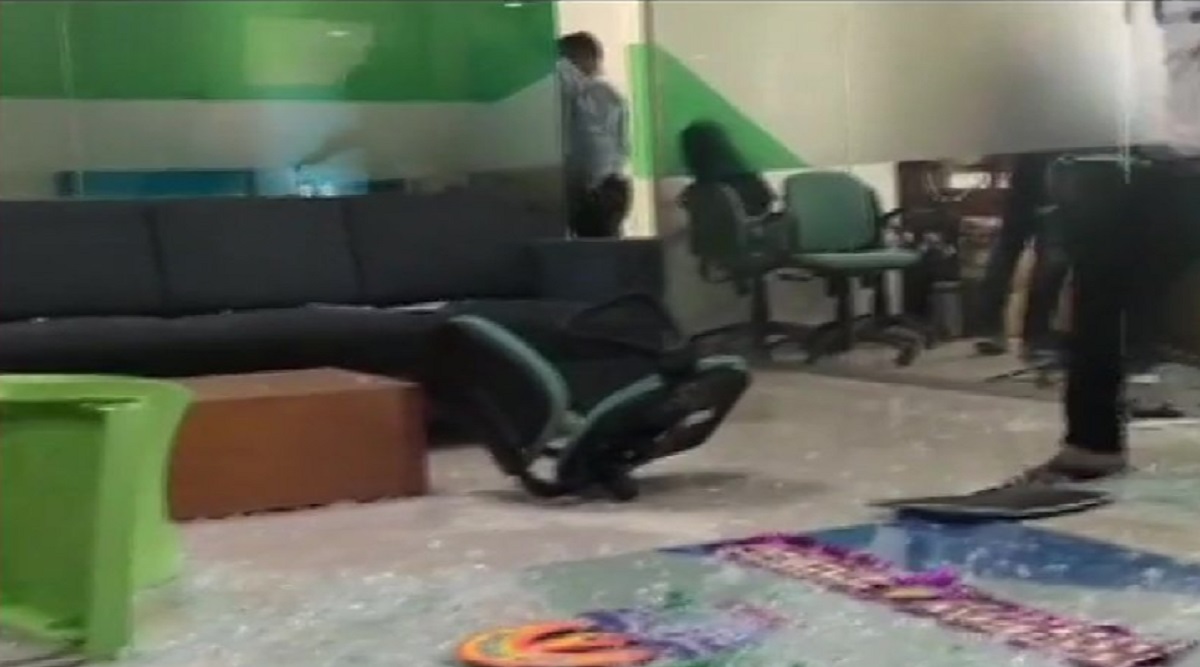 Pune, November 6: Known for taking its politics to the street, the Shiv Sena on Wednesday unleashed its wrath at the IFFCO Tokio Insurance company office in Pune. The party, after receiving complaints from scores of farmers that their claims are being rejected by the firm, stormed into the IFFCO Tokio office and vandalised its premises. UP Shiv Sena Leader Kuldeep Pandit Booked for Attempt to Rape.

As per the video shared on social media platforms, the Shiv Sena workers led by party's Pune unit president Sanjay More ransacked the IFFCO Tokio office based in Koregaon region. The vandalised the glass doors, tables, chairs, computers and other accessories.

More, while speaking to reporters, said they were forced to take the extreme measure as the company has turned away scores of farmers who applied for their claim after their crops were damaged in unseasonal rainfall of October.

Maharashtra is facing an agrarian crisis as hundreds of hectares of farmlands have been damaged in the post-Monsoon showers. A delegation of farmers had arrived to meet Shiv Sena supremo Uddhav Thackeray and shared their plight.

The Sena chief had vowed to ensure justice to them. On being told that the private insurance companies are turning their down claims, Thackeray said his party knows how to handle them. "Don't worry. I know where the houses of these companies are," he said.

Maharashtra CM Devendra Fadnavis held discussion with Union Home Minister Amit Shah on Monday, seeking more assistance from the Centre to mitigate the crisis which has gripped the agrarian community.