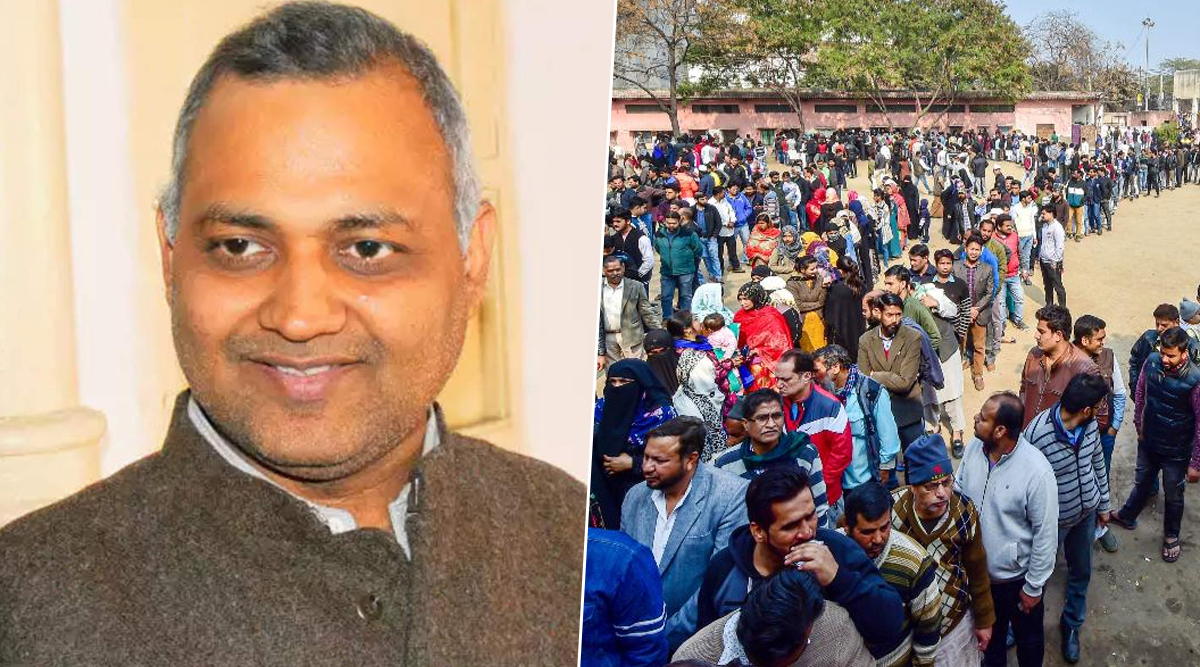 New Delhi, February 9: Sudhir Chaudhary, the Editor-in-chief of Zee News, may face legal action for defaming Delhi voters by saying that people of Delhi are not interested in issues of national interest and are favouring the Aam Aadmi Party (AAP) over Bharatiya Janata Party (BJP) even this time. Chaudhary's statement, which he made on his show 'DNA' on Zee News, triggered a row on social media where Twitterati demanded strict action against him. The senior journalist said this after exit polls predicted failure for BJP and victory for the ruling AAP in the recently concluded Delhi Assembly Elections 2020.

Chaudhary further added saying that people of Delhi are least interested over issues of national interest like Balakot airstrike, abrogation of Article 370 and several other issues hence have chosen AAP over BJP in the national capital.  Aaj Tak/India Today-Axis My India Exit Poll Results For Delhi Assembly Elections 2020: AAP to Win 59-68 Seats.

Somnath Bharti, A lawyer-turned-politician, who one of the leaders who have been with the AAP since the start, took to Twitter and said Chaudhary will be taken to court for defaming Delhi. Bharti said the reporting by the senior journalist has insulted Delhi n everyone living in Delhi. "When same Delhi had given BJP 7 out of 7 MP seats then they were not anti-national, greedy, lethargy etc?? How dare Sudhir Chaudhary abused pple of Delhi just becoz they opted 2 vote 4", Bharti said in a tweet. Delhi Assembly Elections 2020: Hits And Misses of Arvind Kejriwal's AAP.

.@ZeeNewsHindi this reporting has insulted Delhi n everyone living in Delhi. When same Del had given BJP 7 out of 7 MP seats then they were not anti-national, greedy, lethargy etc?? How dare .@sudhirchaudhary abused pple of Delhi just becoz they opted 2 vote 4 .@ArvindKejriwal? https://t.co/Gyz4J7gckW

.@sudhirchaudhary a lawyer from my Constituency is planning to take you to court for defaming Delhi. https://t.co/vxRHefOUdH

Yes, plz make sure they get the strict punishment possible.

Better if this Channel is banned !!

Sir, please do it. Legal action is very much needed now, they are crossing the limit. We are ready to help..

Tihar is his second home, he will be very comfortable there,this time new jail.😂

He should be booked for his derogatory comment about Delhi & its people.

Doesn't matter if it were exit polls results or the final results. What matters is what this guy said about delhites !! Should be jailed

On Saturday, the poll of exit polls predicted that the ruling AAP is all set to sweep back to power in Delhi while the BJP is likely to gain ground. The IANS-CVoter 'Delhi Tracker' exit poll conducted after voting on February 8 stated that the Aam Admi Party is riding back to power on the back of an impressive performance at the polling booths. The exit polls indicate that the AAP's 'development' plank has ridden over the BJP's 'nationalism' plank.