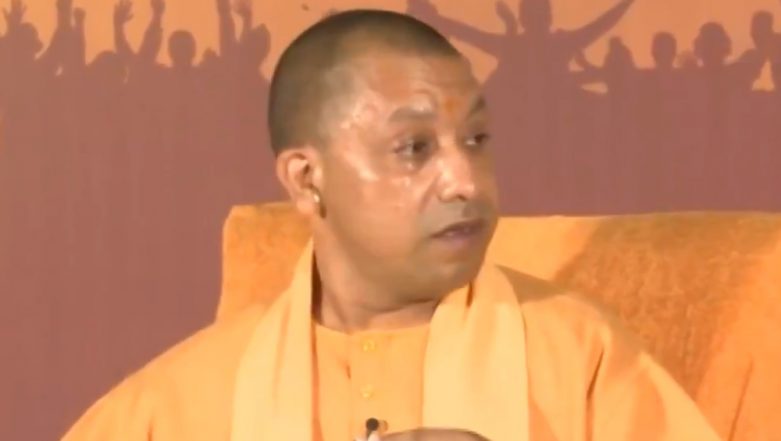 Lucknow, May 11: Uttar Pradesh Chief Minister Yogi Adityanath Saturday tore into the SP-BSP alliance by likening SP chief Akhilesh Yadav to Aurangzeb, who had imprisoned his father emperor Shahjahan. He said the "'mahamilawatis' are behaving like snakes, frogs and scorpions who come together during floods.

In a tweet in Hindi, the chief minister said, "The one who dethroned his father, like Aurangzeb, joined hands with the sworn enemy. After May 23, they will again abuse each other. These 'mahamilavati' people are behaving today like scorpions, frogs and snakes which come together during floods." PM Narendra Modi is 'Modern Avatar of Aurangzeb', Says Sanjay Nirupam in Varanasi.

Adityanath, who addressed an election meeting in Ballia on Saturday, said in another tweet, "When I and (Narendra) Modiji put lock on the shops of 'Bua' (Mayawati) and 'Babua' (Akhilesh), they opened another counter to sell 'mahamilavati' goods and cheat the people.

"This counter will also be closed by the people on May 23 and they will again abuse each other. So do not waste your votes. Think, understand and get involved in the setting up a new and strong India."

Adityanath had earlier called Akhilesh 'goondon ka sartaj' (king of goons) and has often accused him of taking development works and extending basic facilities on caste and communal lines.