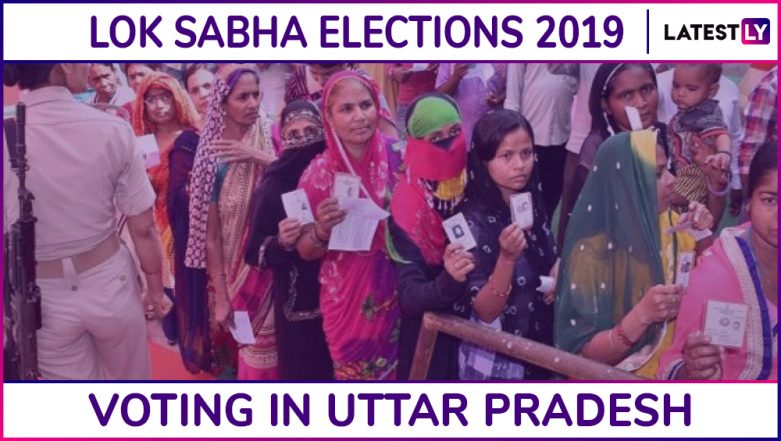 Technical glitch was reported in 300 EVMs in Rampur. Meanwhile, a presiding officer of Mohara booth in Etah Lok Sabha constituency was injured after a fan fell on his head. Though the contest on most of these seats is between the BJP and the SP-BSP-RLD combine, the presence of the Congress and the Shivpal Yadav's PSLP has turned the contest triangular in some constituencies. Lok Sabha Elections 2019: Phase 3 Voting in 117 Seats Today, Rahul Gandhi and Amit Shah in Fray.

The third phase of elections will be a test for the Mulayam Singh Yadav family and his Samajwadi Party as well. Mulayam Singh is fighting the elections from Mainpuri, his hometown and stronghold. Besides, his nephews Dharmendra Yadav and Akshay Yadav are also contesting from this region from Badaun and Firozabad, respectively.

All eyes will be on how does voting take place in Rampur, the bitterly contested seat between Samajwadi Party candidate Azam Khan and BJP candidate Jaya Prada. Santosh Singh Gangwar from Bareilly and Varun Gandhi from Pilibhit are also in the fray from the Rohilkhand region.

The third phase of the Lok Sabha polls will see a total of 1.76 crore voters, 95.5 lakh males and 80.9 lakh females, expected to exercise their franchise on Tuesday. The third phase will be the biggest stage of polling, as 115 seats from 13 states will go to polls.