An online friendship which developed on Instagram, took a deadly turn when a 17-year-old girl student preparing for NEET exam in Kota, was murdered by her friend from Gujarat. 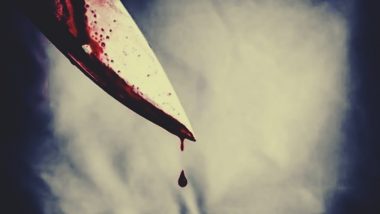 Jaipur, June 9: An online friendship which developed on Instagram, took a deadly turn when a 17-year-old girl student preparing for NEET exam in Kota, was murdered by her friend from Gujarat.

SP Kesar Singh said that the youth arrived in Kota two days before the girl disappeared. The girl's hostel was in New Rajiv Gandhi Colony. The boy was staying in a hotel in Jawahar Nagar in the same area. He stayed there for two days.  Karnataka Shocker: 44-Year-Old Teacher Shares Private Pictures of Girl Student on WhatsApp, POCSO Case Filed

On June 5, the girl student had gone to the hotel where the boy stayed, met him at the reception and returned. On the morning of June 6, she went for coaching and from there she left with him. Since then, she was missing.

Police later found blood-stained stones on the spot where her body was found.

Police said that the preliminary investigation has revealed that she was killed after being hit with a stone. After checking the call details, her friend from Gujarat came under scanner and Kota Police informed the Gujarat SOG. Inputs were received that after the murder, the accused panicked and fled to Gandhinagar. Police sources said that the accused has been arrested and he will be brought to Kota soon.

Police officials confirmed that the girl student who came to Kota was from Bilaspur, Chhattisgarh to prepare for NEET, and was kidnapped and murdered. The body of the girl student was found in the forests near Jawahar Sagar Dam in Rawatbhata near Kota on Wednesday with her head crushed.

On June 6, the girl and her friend went to visit Rawatbhata in the morning. But when the student did not return till late evening, the hostel operator informed her family members and the police. The family members of the student also reached Kota.

The family members filed a case against her boyfriend who has been booked for kidnapping and murder. The police have not yet revealed the name of the girl's boyfriend.

They confirmed that the accused rented a scooty in Kota and on June 6, took the student with him after coaching.

The post-mortem of the girl's body was conducted on Thursday morning.

Further investigations are on and police have registered a case under POCSO also at Jawahar Nagar police station in Kota.

(The above story first appeared on LatestLY on Jun 09, 2022 05:25 PM IST. For more news and updates on politics, world, sports, entertainment and lifestyle, log on to our website latestly.com).