These sparkling achievements and recognition that Shavvon has gained in her career are already highly competitive. Selections are made from submissions from over 22 countries for many of the awards, with the total running time of all submissions reaching many hours. 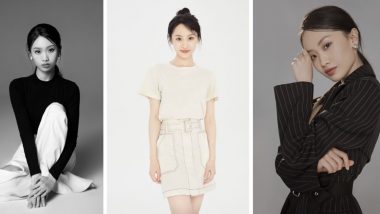 Shavvon Lin is an exciting and experienced member of the acting world. Still in her twenties, Shavvon shines the spotlight on Asian talent through her numerous awards.

Shavvon Lin is a China-born, Asian actress and writer who now lives in America. She has received many accolades for her roles in films and, as a writer, she likes to tell the stories of young characters from diverse backgrounds showcasing how they evolve in today’s world.

She is also a singer and lyricist who began performing on stage 20 years ago. Whilst studying at UCLA in Los Angeles, Shavvon has worked on a local television network as a news anchor and a bilingual host (2015-2018).

Having starred in numerous short independent films, Shavvon has accrued a wealth of recognition for her acting skills. Most recently, in the opening months of 2021, she has won eight Best Actress awards for her latest lead role, including the Independent Shorts Awards, the London Independent Film Awards, and the New York Indie Shorts Awards.

Her latest film is a drama. Shavvon plays the lead role of Yiru, a Chinese teenager who travels to Los Angeles in search of her long lost sister.

These sparkling achievements and recognition that Shavvon has gained in her career are already highly competitive. Selections are made from submissions from over 22 countries for many of the awards, with the total running time of all submissions reaching many hours.

Many actors compete for these awards in the world of film, and winning helps raise an actor’s profile. Shavvon Lin continues to shine and her abilities are being championed by those who make decisions for numerous film festivals around the world.

The Asian American International Film Festival also nominated a film in which she played the lead role. This is especially competitive as so many films are considered. Just to be nominated is a great honor and to be recognized as a part of the massive Asian talent in the world today.

As well as appearing in short independent films such as Good Night Butterfly, and belong selected as the lead actress in Panda Express’s “Love takes Five” that was shown on TV nationally over 144 million times, Shavvon was cast in a very prestigious role dubbing the voice of Han DuoDuo in the English version of The Wandering Earth.

Dubbing is a costly affair, costing around ten times the cost of adding subtitles to a film. However, dubbing is more popular with viewers as it enables actors to speak in the viewer’s native language and add emotion, which cannot be conveyed in subtitles alone. Because of this, dubbing is seen as very important, especially with Western audiences who are not used to subtitles, as the actor recording the voice goes through the exact same processes that the original actors performed and rehearsed in the original language.

The delivery of each line creates 100% of the tension or emotion that is felt in each scene. The ability of the actor for such a role is paramount, and Shavvon Lin has proven to be talented in this area. Many animated films have been dubbed by top celebrities, including Tim Curry, Liam Neeson, Mark Hamill, and Michael Keaton.

Shavvon describes the process this way “Dubbing is also acting, only one that focused more on acting with voice, which needs more sophisticated craft.” She goes on to say, “Voiceover/dubbing for a character is a collaboration process, as line delivery comes out entirely and solely from the dubbing actor’s voice performance.”

In today’s world, there is a high demand for diversity to be represented on screen. Shavvon Lin is determined to showcase her talents as well as showcasing what talented Asians and American Asians can bring.

In this chaotic age that we find ourselves living in, Shavvon, as an established writer, tries to highlight characters from diverse backgrounds and how they navigate the world around them. This exceptional actress is destined to grow even further to reach new heights.