Bill And Melinda Gates Divorce Joins The Ranks of The Largest Billionaire Divorces in History; Here's How Some Billion Dollar Separation Settlements Panned Out

While Amazon Founder Jeff Bezos might have topped the largest billionaire divorce list, the CO-Founder of Microsoft, Bill Gates, who announced his separation from his wife of 27 years, Melinda Gates, might end up a close runner-up. 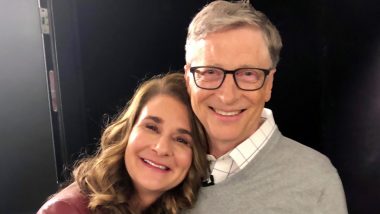 On Monday, Bill Gates, Co-Founder of Microsoft, announced via Twitter after 27 years of marriage that he and his wife Melinda Gates have called it quits. The fourth richest man in the world with a net worth of $130 billion tweeted “After a great deal of thought and a lot of work on our relationship we have made the decision to end our marriage.” The two decided to end their marriage because they “no longer believe we can grow together as a couple in this next phase of our lives.” The exponential dust from the divorce of Jeff Bezos - founder of Amazon and world’s richest person - had barely settled and now we have another billionaire divorce to add to it.

In the light of the second wave coronavirus blazing through our nation, feigning interest in the lives of the rich and famous might appear a tad bit frivolous. However, Bill and Melinda Gates, who married in 1994 shortly after they met in Microsoft, also founded the Gates Foundation in 2000. She worked as a product manager for the company.  The charitable organisation has relentlessly worked to improve the lives of scores of people around the globe since its inception. In 2020, the Gates Foundation donated $1.75 billion towards defeating COVID-19. Suffice to say, this divorce is not merely the matter of deciding who gets to keep the family dog and the wedding china. Due to the immense size of their fortune, it might have a significant impact on their future charitable endeavours. Let’s take a look at three of the largest billionaire divorces and the subsequent settlement in history.

Indubitably the richest man of the world, with a net worth of over $150 billion, Amazon founder Jeff Bezos and his wife Mckenzie Scott parted ways in 2019. In what was considered the largest divorce settlement, Mckenzie Scott, walked away with $35 billion. In 2020, she donated $1.7 billion of her fortune to 116 organisations, with a majority of the causes related to racial, LGBTQ+, and gender equity and public health. She also committed most of her wealth to The Giving Pledge - a charitable platform where America’s wealthiest sign on to donate the majority f their wealth to address some of the world’s most dire social issues.

One of the acrimonious divorces in the billionaire divorces, in 2016, Bill Gross, the founder of Pimco, not only lost $1.3 billion to his ex-wife, Sue Gross, but he also forfeited his ownership to a house, a couple of Picasso’s and a pet cat.

The media mogul divorced his wife of 31 years in 1998. While Gross’s divorce (Pardon the Pun) gross, Murdoch and his wife Anna Torv had an amicable separation following his retirement. Anna Torv walked away with $1.3 billion.

The reigning billionaire Jeff Bezos is the front runner in the largest billionaire divorce. However, the fourth richest man in the world, Bill Gates might just come in as a close second. Since it is unclear whether there is a prenuptial agreement in place, it might be a while to know where their assets might fall.

(The above story first appeared on LatestLY on May 04, 2021 04:28 PM IST. For more news and updates on politics, world, sports, entertainment and lifestyle, log on to our website latestly.com).