World Renowned Business Ambassador and fellow Houston Native Chadd Black is supporting ANTHONY HERNANDEZ as he believes UNITY is what the City Of Houston so desperately needs in this season! 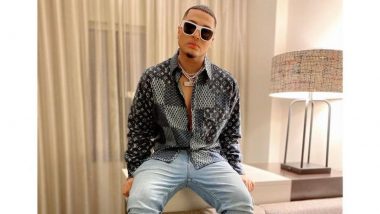 Young Entrepreneur CHADD BLACK is endorsing Anthony Hernandez's New Houston-Based Club HOUSEHTX and more importantly, His “Full Circle” Story that we all can learn from and be inspired by!

Young Influencer & LGBTQ+ Activist Anthony Hernandez and his story is a prime example of “What’s for you, Is for you and no one can stop it!”. He was recently “kicked out” by way of being fired from a place a few months back, only to come full circle and become the owner of the entire establishment by his next birthday! Now that's not a coincidence. He’s put his money, time, blood sweat and tears on the line to make this dream, a new reality for not only himself but for the entire LGBTQ+ community in Houston, Texas.

World Renowned Business Ambassador and fellow Houston Native Chadd Black is supporting ANTHONY HERNANDEZ as he believes UNITY is what the City Of Houston so desperately needs in this season!

“I’ve known Anthony Hernandez for over a decade and he is indeed a great example of “Work Hard, Play Harder” as he is notoriously known for enjoying and living his life out loud, transparently and to the fullest! I’ve always admired that about him most.” Says Chadd Black

We believe it’s going to be a great birthday and grand opening for him this year and beyond as he has gifted himself and the City Of Houston with the gift that will keep on giving!