Ahead of Aishwarya Rai Bachchan’s Cannes 2019 Appearances, All the Times She Rocked Sarees at the Cannes Film Festival 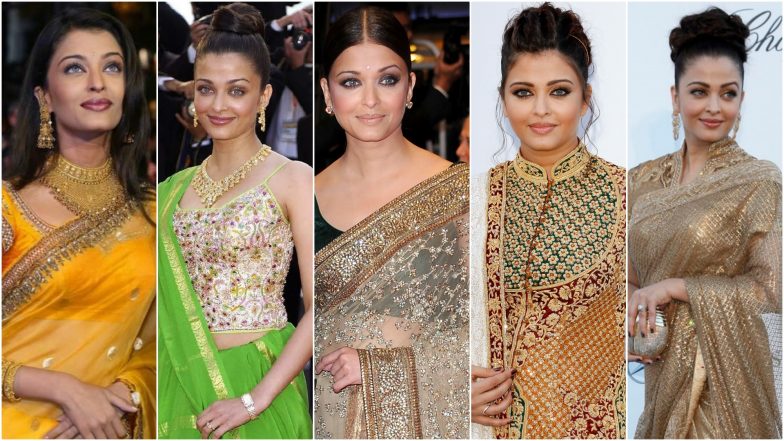 India’s most popular face at the Cannes Film Festival, Bollywood superstar Aishwarya Rai Bachchan has left for the French Riviera on Sunday. The 45-year-old is accompanied by her seven-year-old daughter, Aaradhya Bachchan. Aishwarya made her Cannes debut in 2002 when she went for the premiere of her movie, Devdas along with actor Shah Rukh Khan and film’s director Sanjay Leela Bhansali. Dubbed as one of the world’s most beautiful women, Aishwarya walked the red carpet in a golden saree by Neeta Lulla. Since then, she made a few more appearances in this traditional outfit. Ahead of Cannes 2019, we will look at times Aishwarya Rai Bachchan rocked sarees at the prestigious film festival. Cannes 2019: How Aishwarya Rai Bachchan Continues To Reign The Red Carpet With Her Veteran Tag And Stunning Appearances!

The 72nd Cannes Film Festival would be the 18th back-to-back appearance for Aishwarya. It has been gowns galore for the actress. Some of her memorable gown moment was - Cinderellaesque blue gown from Michael Cinco in 2017, mermaid-style gold gown from Roberto Cavalli in 2014, sparkling green Elie Saab gown in 2015 and Armani in 2011. Amidst the gown affair, Aishwarya did opt for ethnic saree look on a few occasions. Though they did not receive much love from the fashion police, it is always nice to see the gorgeous actress in true desi style. Ahead of Cannes 2019, Aishwarya Rai Bachchan Makes a Stylish Appearance to Cheer for Daughter Aaradhya at Shiamak Davar’s Dance Event. 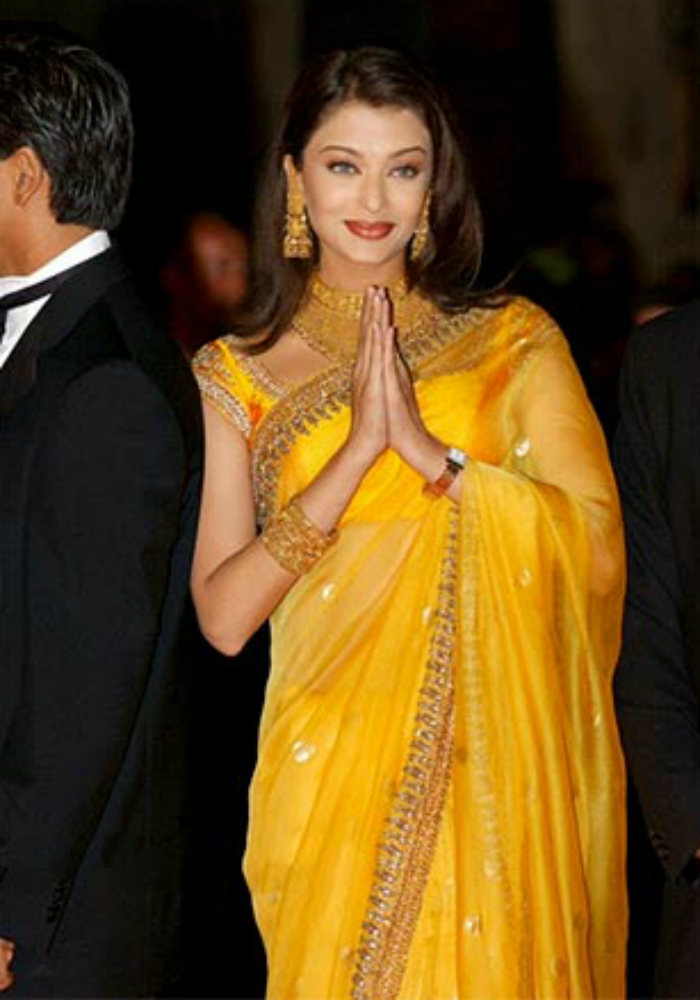 For her Cannes debut, Aishwarya Rai wore a golden Neeta Lulla sari. She completed her look with heavy gold jewellery. With bold lips and green eyes, this look of Aishwarya is reminiscent of "Indian Bride Barbie Doll." Cannes 2019: Aishwarya Rai Bachchan With Daughter Aaradhya, Sonam Kapoor and Sis Rhea Off to France in Style! See Pics. 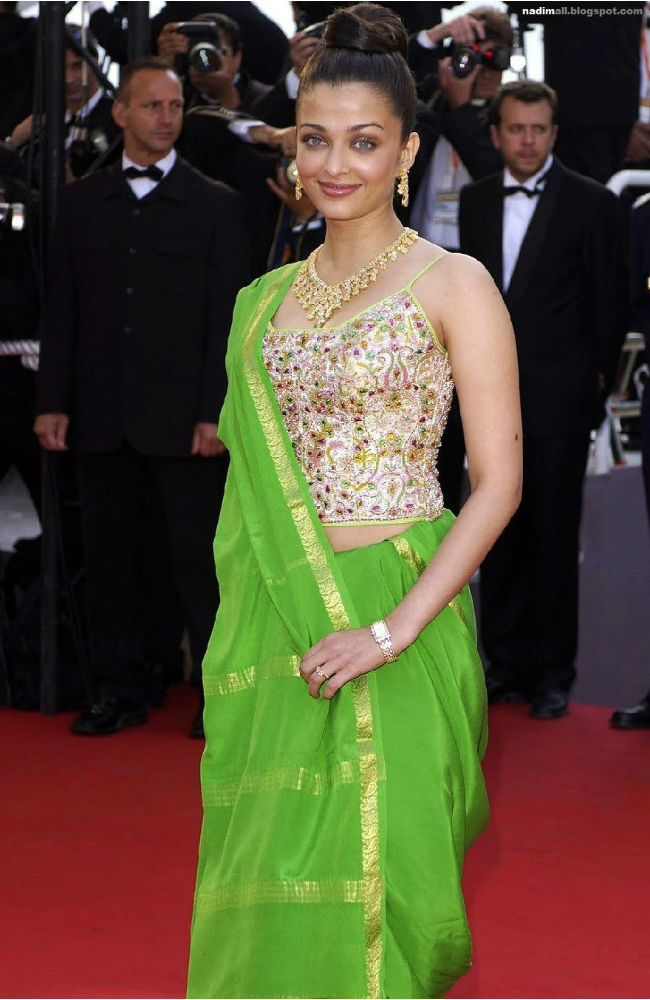 It was another Neeta Lulla creation that Aishwarya opted for as she returned to the Cannes following year for her second appearance. She wore a neon green saree along with a sleeveless floral blouse to the Dogville Premiere during the 56th International Cannes Film Festival 2003. She tied her hair in a top knot bun, wore a heavy necklace, earrings and a watch to complete the look. 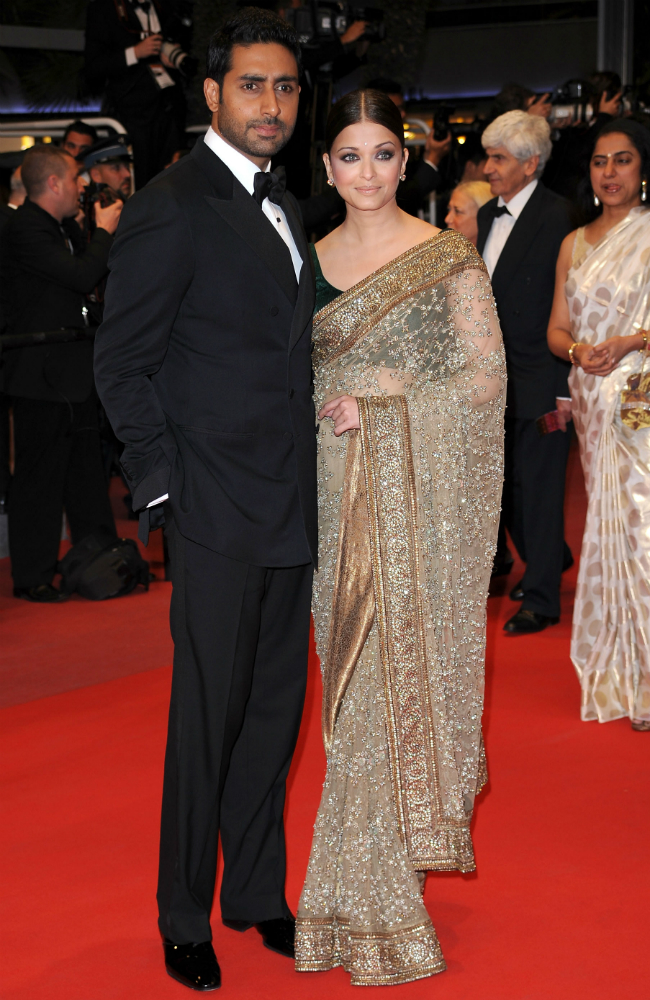 Hands down the best saree look of Aishwarya Rai Bachchan at Cannes till date has to be this golden net saree with antique Zardozi work by Sabyasachi. She was attending Outrage Premiere at the Palais des Festivals during the 63rd Annual Cannes Film Festival along with husband Abhishek Bachchan. 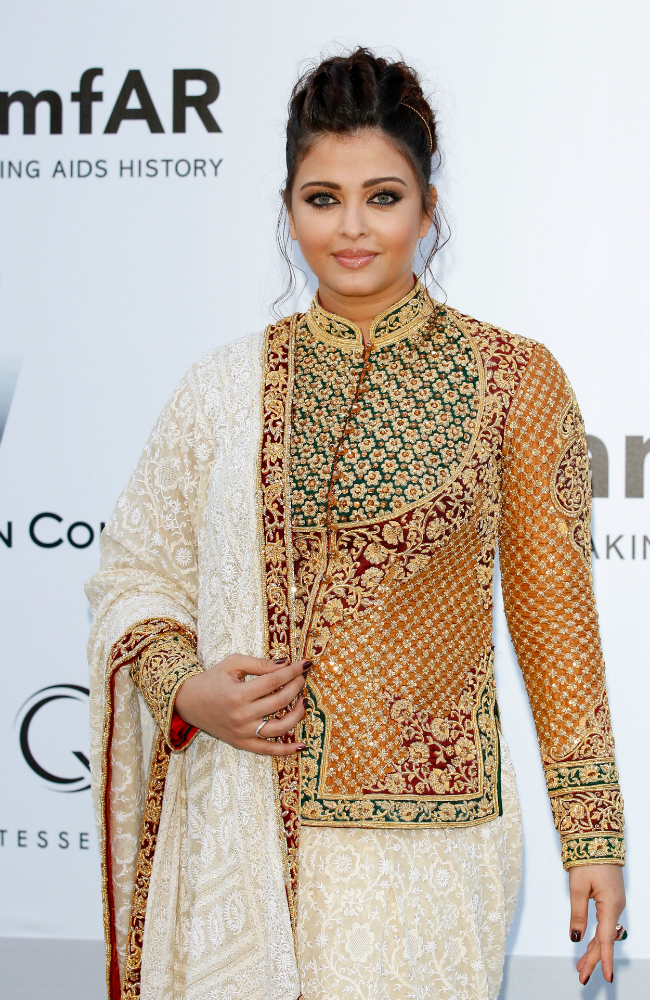 2012 Cannes would remain special for Aishwarya despite all the vicious trolling the actress she faced for putting on weight post giving birth to her daughter, Aaradhya. That year, she chose a cream chikankari Abu Jani-Sandeep Khosla saree along with an embroidered jacket for the amfAR Cinema Against AIDS Gala. 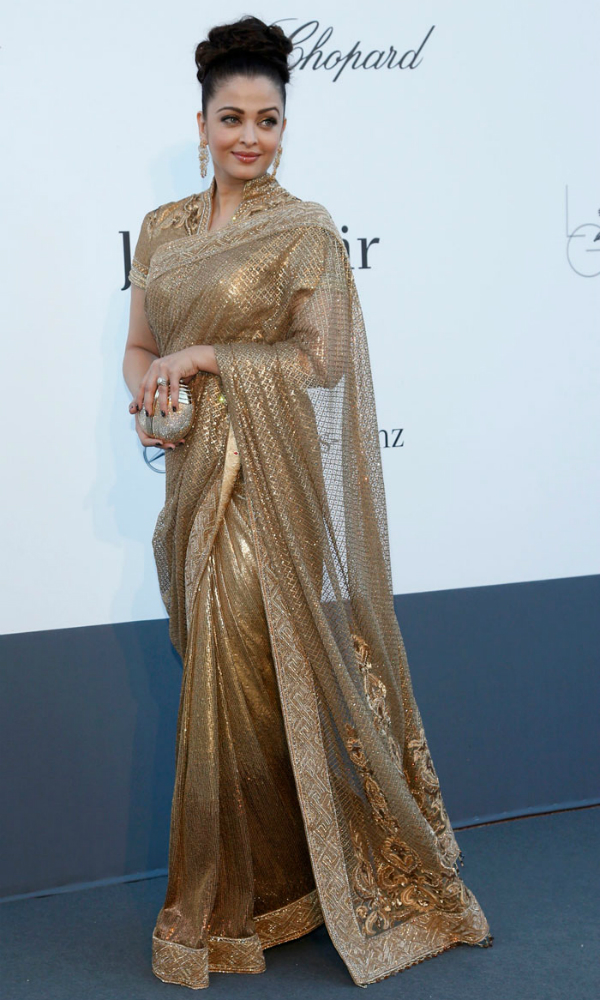 in 2013, for the amfAR Cinema Against AIDS Gala, Aishwarya Rai Bachchan opted for a golden Tarun Tahiliani saree with matching the golden half-collar blouse. She went for a top knot bun, golden danglers and a statement clutch. 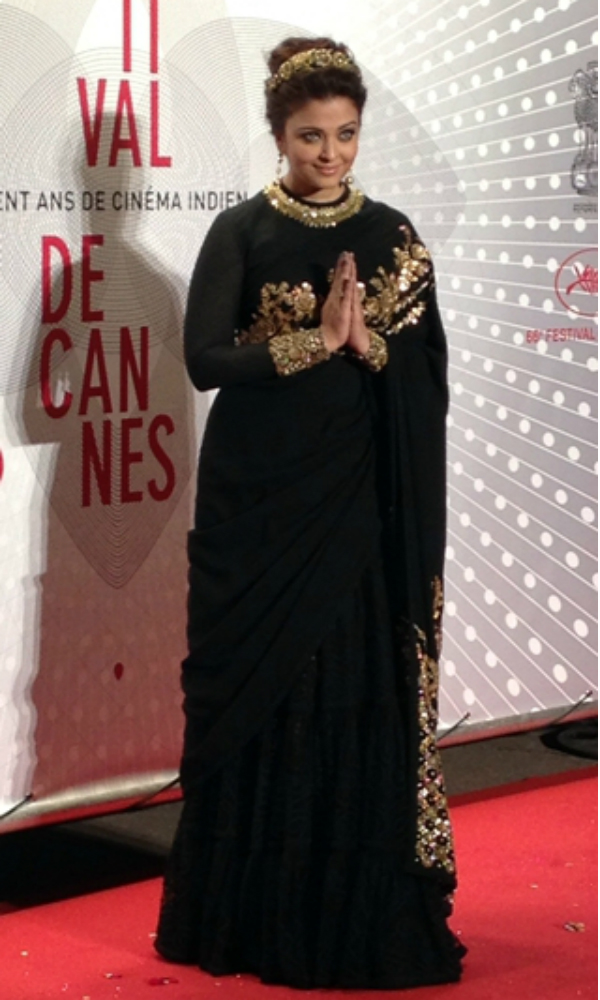 At the Cannes Gala honouring 100 Years of Indian Cinema, Aishwarya Rai wore a Sabyasachi Couture lehenga-saree. It was a beautiful black velvet saree with gold zardosi, resham and pitta heavy work on its pallu. and she teamed it up with a closed neck full sleeves blouse.

So, that was Aishwarya Rai Bachchan and her tryst with sarees at the Cannes Film Festival. In recent times, she has not opted for this desi attire and one would hope she dons one in this edition of the film festival.