Fashion Face-Off: Raveena Tandon or Shruti Haasan in Label Anushree? Who Is the Prettiest in Pink? 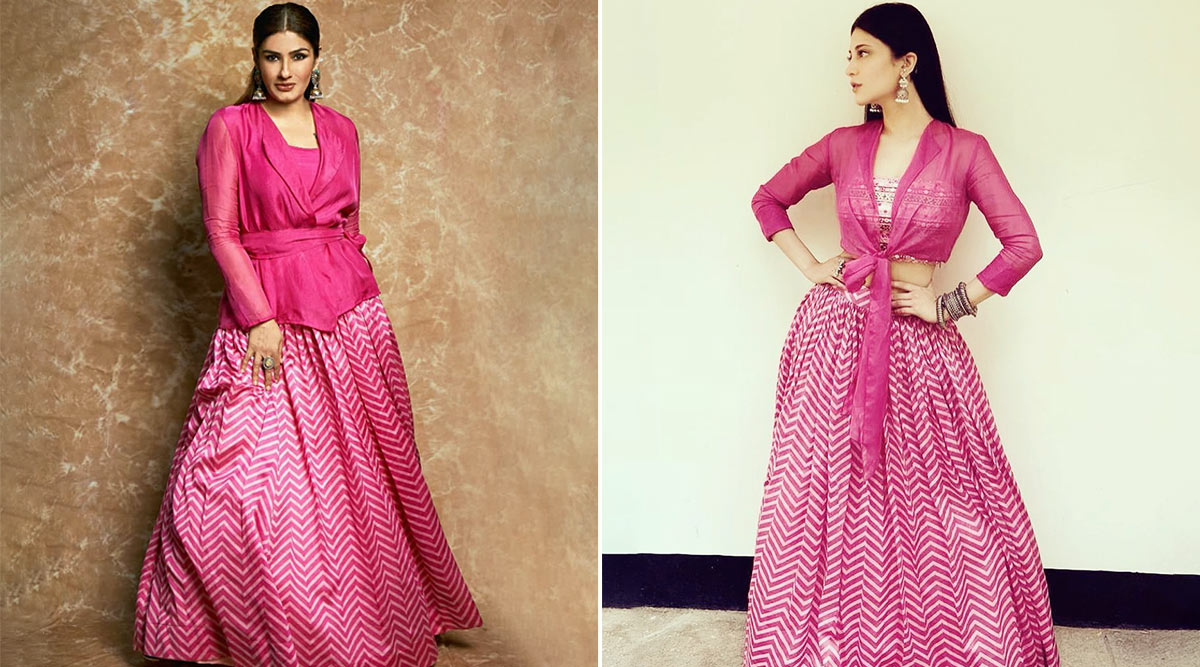 Our roving fashion eye caught the same designer ensemble doing the rounds in the closet of actresses, Raveena Tandon and Shruti Haasan. The all-pink ensemble in question sported by the two actresses was by Label Anushree - a cropped top-chevron printed lehenga-cropped shrug combination from the designer's Spring/Summer collection. Raveena Tandon, the reigning queen of the 90s and early 2000s is one of the few actresses to have retained a sophisticated style game, courtesy her go-to stylist Surina Kakkar. Meanwhile millennial style icon, Shruti Haasan is a stylist's delight and teamed up with Amritha Ram for this pretty pink style. Raveena's style directory is a melange of ethnic, neo-ethnic and occasional inclusions of classy western ensembles. Shruti's style arsenal is a heady mix of experimental and classy styles that pulls into the fold, ethnic and western ensembles alike.

We agree that certain fashion faux pas is inadvertent, for the celebrities, looking glamorous is pretty much a permanent fixture of their profession and celeb stylists have to up the celeb glam game with each appearance. Who set the style meter soaring with their take on the same ensemble? Let's find out!

Raveena's ensemble was complemented with a pair of silver oxidized jhumka, a statement ring, a half updo and minimal makeup. Nach Baliye 9: Raveena Tandon and Sunny Deol Reunite to Dance on Their Hit 90s Song 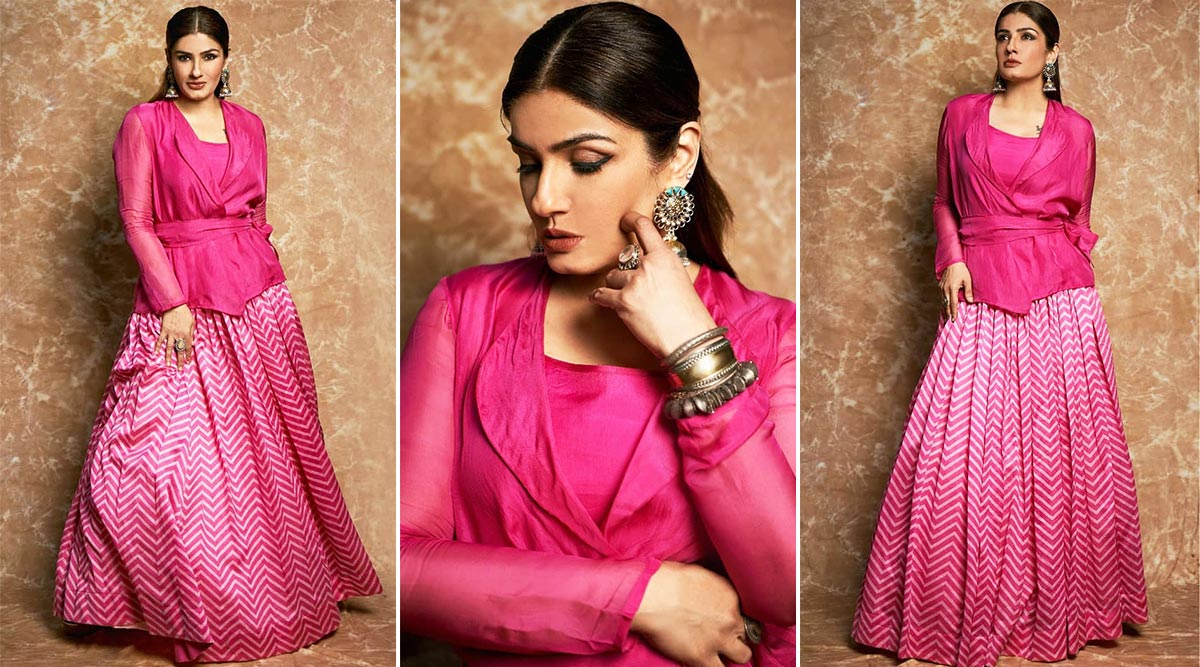 Shruti's vibe was complemented with silver oxidized jewellery of bangles, a statement ring and jhumka, subtle makeup and sleek center-parted hair left open. Shruti Haasan Birthday Special: The Actress Deserves a Round of Applause For Being an Unconventional Dresser - View Pics 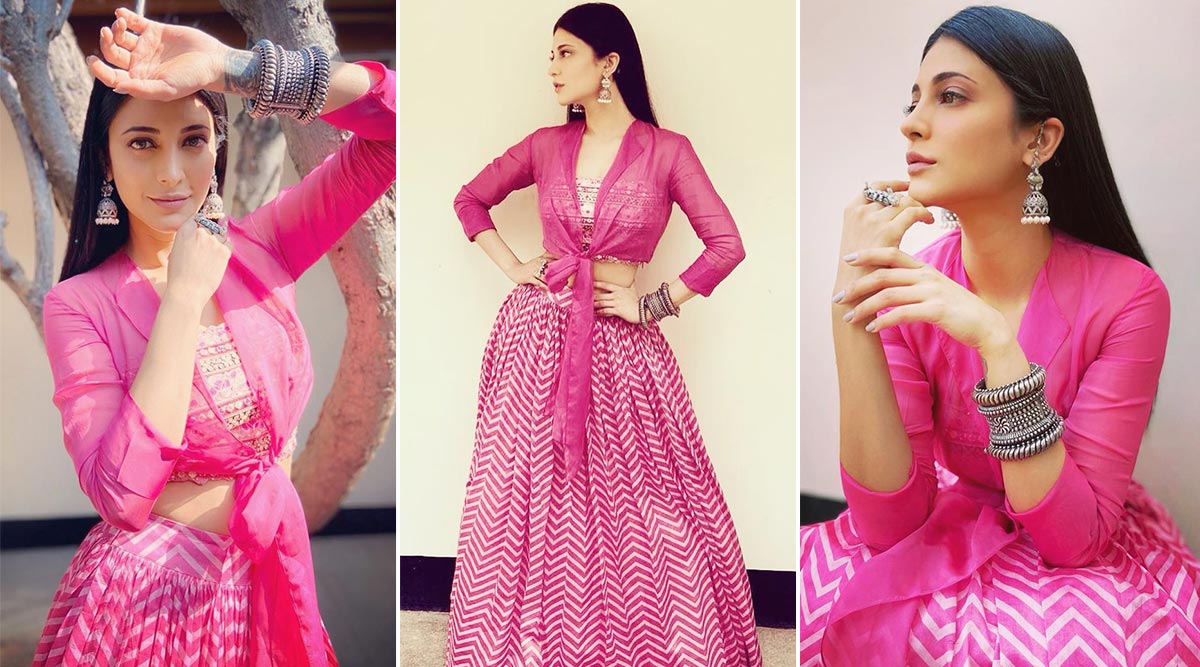 While both chose to sport oxidized silver jewellery, what set the tone apart for the ladies was the styling of the cropped shrug. While Shruti opted to knot it up, Raveena's wrapping style pales in comparison. Krack New Poster Out! Telugu Superstar Ravi Teja All Set to Entertain His Fans in New Year 2020 as a Cop 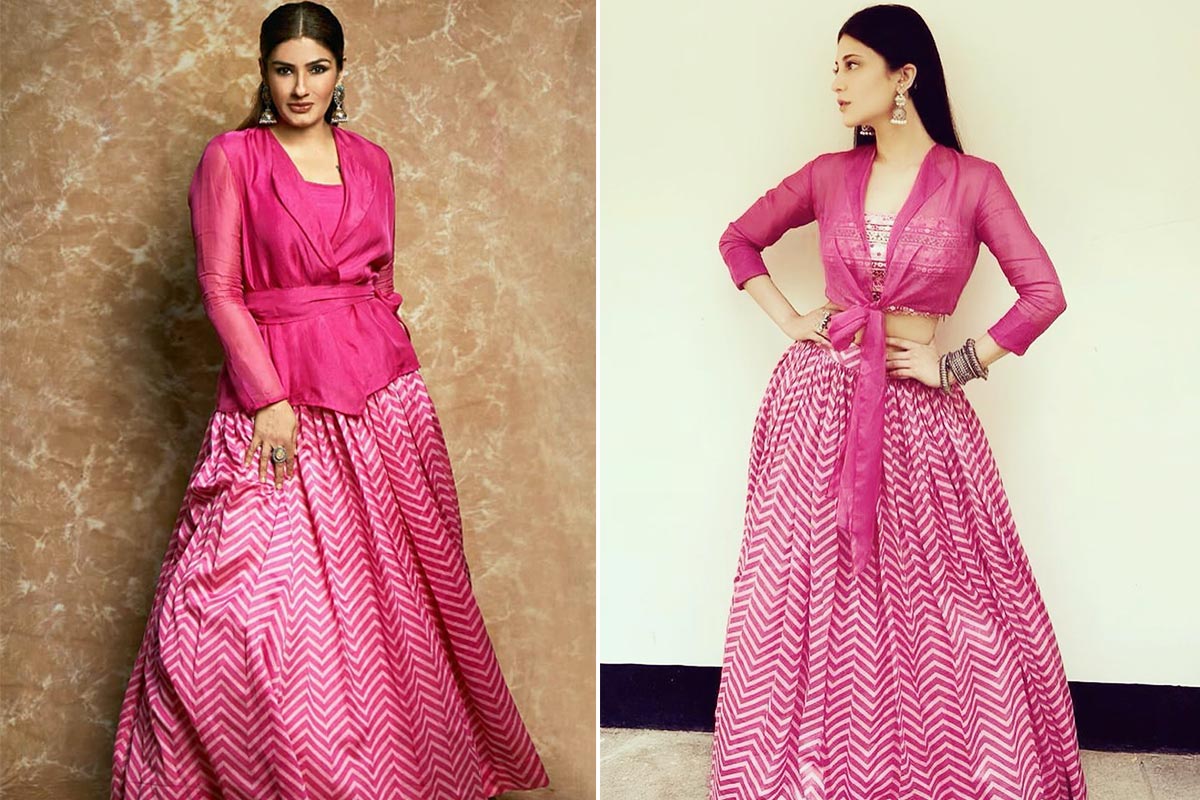 While fashion designers incept creations, celebrity stylists promote these creations through the new age models, the tinsel town stars who flaunt the styles through their numerous appearances for movie promotions, brand endorsements, red carpet, airport or simply at a casual brunch or dinner outings. 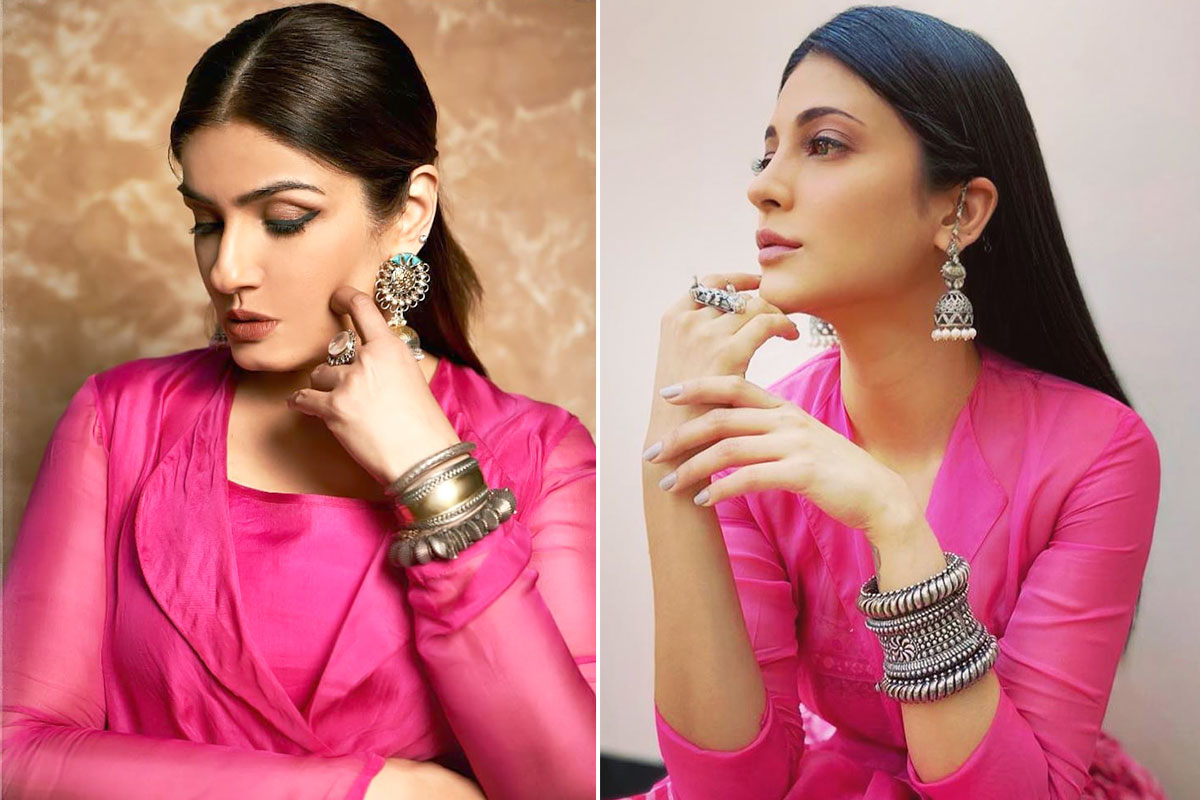 So which of these celebrity looks left you stunned? Stay tuned to LatestLY Lifestyle Fashion for more such wardrobe inspirations, straight from the celeb style diaries!