For Mrunal Thakur, This Festive Season Is All About Shinning Like a Bright Sunflower! 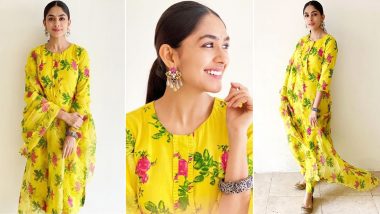 She delights, dazzles and definitely engages! Mrunal Thakur – the girl with an impressive film repertoire transcending platforms, from television to films to OTT rose to fame with films like Love Sonia, Super 30, Batla House, web-series of Baahubali: Before the Beginning, television show Kumkum Bhagya. A pleasing persona with a radiant smile, lithe frame, and a fabulous fashion sense are the virtues that endear her. On the fashion front, Mrunal believes in enlisting varied styling sensibilities for her impeccable appearances throughout the year. She has a style for every mood, and never shies from pulling off bold silhouettes, plunging necklines, subtle or bold hues, traditional and contemporary vibes. A befitting and equally enchanting beauty and hair game accompany her styles. For example, a recent style of hers for Ganesh Chaturthi had her soaking up some yellow hue and florals all in one perfect ethnic style. The ensemble from the homegrown label, Earthen was complimented with subtle makeup and chic hairdo.

With the low key festivities this year, an affinity for simple enduring styles has taken prominence for our usual couture chic celebrities. Here’s a closer look at Mrunal’s style. Mrunal Thakur Birthday Special: Whipping Up a Brilliant Style Storm, Versatile Chic Is Just Another Virtue of Her Fashion Arsenal! 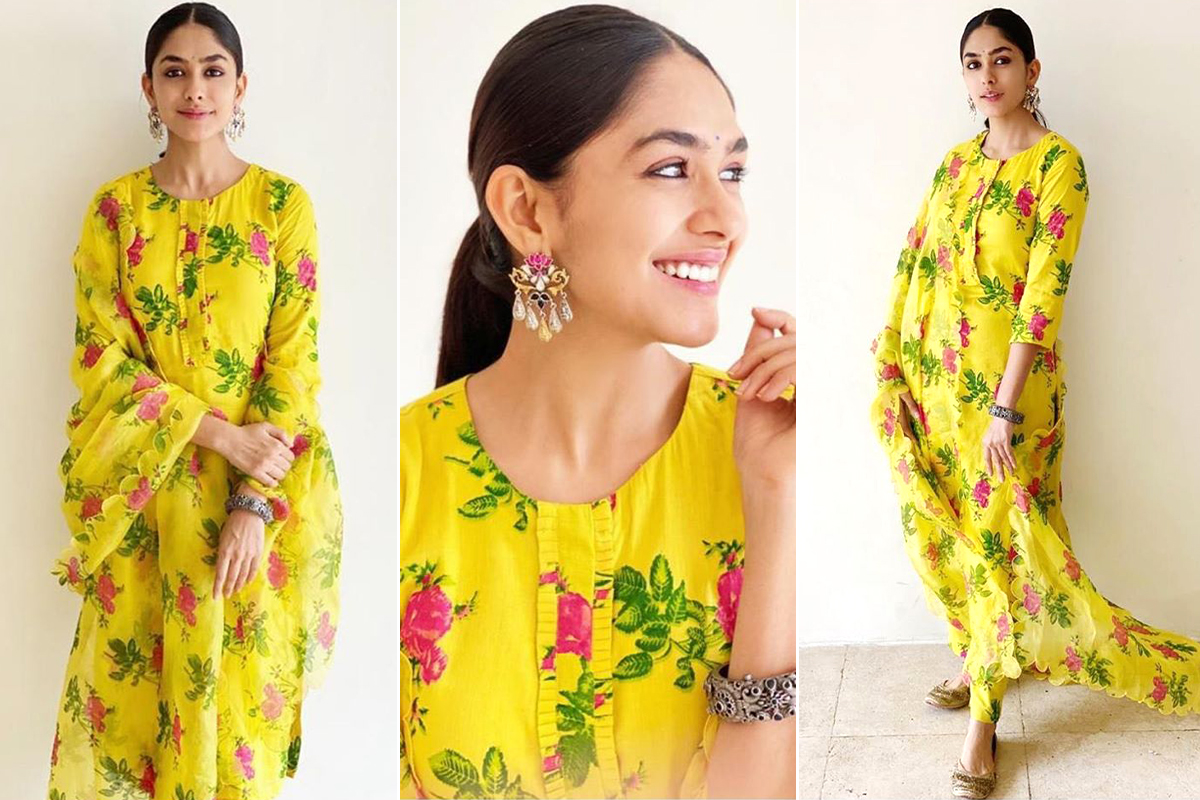 On the professional front, Mrunal will be seen in Jersey, a sports drama with Shahid Kapoor and Pankaj Kapur and in Toofan with Farhan Akhtar, Paresh Rawal and Isha Talwar. She will also be seen in Aankh Micholi, a comic film with Abhimanyu Dassani.

(The above story first appeared on LatestLY on Sep 24, 2020 02:30 PM IST. For more news and updates on politics, world, sports, entertainment and lifestyle, log on to our website latestly.com).