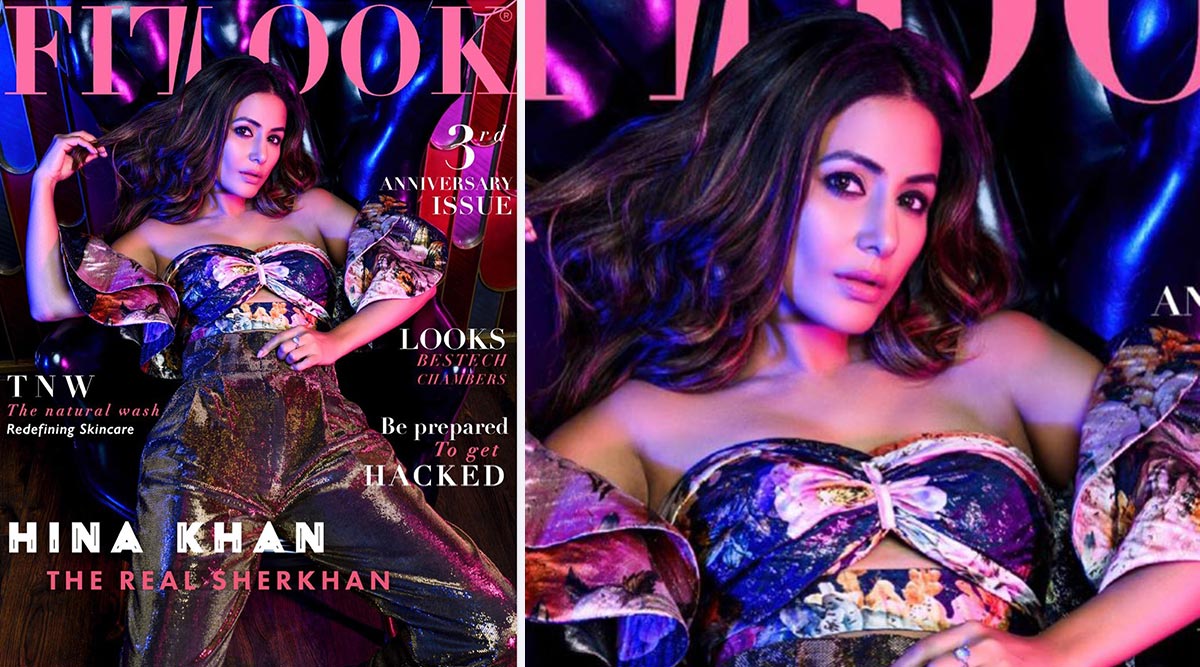 Hina Khan is all set to make her Bollywood debut with Vikram Bhatt's Hacked and recently, we saw the motion poster of the film which has got everyone talking about it. The sensuous motion poster of the film in which she is seen romancing one of the lead actors of the movie impressed her fans who are now excited to catch the trailer of the film soon. The film also stars Rohan Shah, Mohit Malhotra and Sid Makkar in the lead roles. The movie is all set to hit the screens in February next month and ahead of that, Hina has now graced the cover of FitLook magazine for its third-anniversary issue. Hina Khan Announces Vikram Bhatt's Hacked Release Date Along With A Hot Motion Poster (View Pic).

Hina who has been one of the most eminent faces of Indian television has certainly come a long way. Her story from Television to Cannes has been inspiring and not just this, Khan has also been regarded as a fashionista for her stunning looks be it from her travel outings to event appearances. For the January cover of the magazine, Hina stuns in an off-shoulder corset and shiny brown pants.

Check Out the Cover Here:

We are loving Hina's attitude on this cover and she surely looks stunning. Sharing the post, she wrote, “Cover girl for @fitlookmagazine ‘s 3rd anniversary issue Founder @mohit.kathuria1987 Shot by @praveenbhat Stylist @sayali_vidya Look by @seemakhan76official.” Hina Khan’s Pictures From the Sets of Vikram Bhatt’s Hacked Will Leave You Asking for More.

Recently, Hina also made her digital debut with Damaged 2. The series revolves around the life of a single woman and an obsessed hacker. It starred her along with Adhyayan Suman in lead.