Kiara Advani Is Radiating Positivity, Being All Haute and Happening in Couture for Cosmopolitan Magazine Photoshoot! 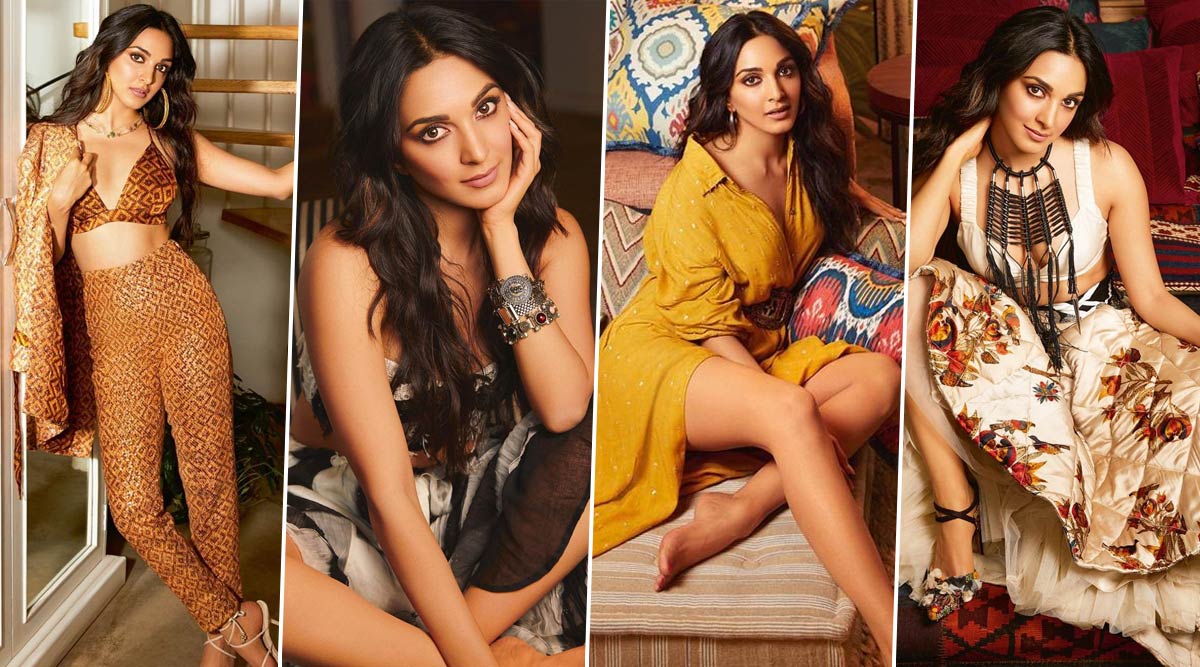 She is fabulous, fierce and fashionable. Kiara Advani is the face of Cosmopolitan India this month. While the cover had her flaunting that toned frame in a denim jumpsuit, the rest of the photoshoot is a delightful melange of the riveting actress in Haute Couture from eminent designers. Not the one to hanker behind trends or enlist a stylist at all times, Kiara loves being in charge. A moody dresser, Kiara's subtle charm instantly strikes a chord. A few films old but the millennial is intent on making a mark with poignant and strong roles. Kiara made a lasting impression as Nanki in Guilty, a Netflix drama directed by Ruchi Narain and written by Narain, Kanika Dhillon and Atika Chohan featuring alongside Akanksha Ranjan Kapoor and Gurfateh Singh Pirzada. The film that follows the story of a songwriter, essayed by Kiara whose boyfriend is accused of rape and marks the first production venture of Dharmatic, the digital arm of Karan Johar's Dharma Productions garnered rave reviews for its bold content.

The photoshoot has been styled by Zunali Malik, lensed by Taras Taraporvala while her glam has been helmed by hairstylist Hiral Bhatia and makeup artist Lekha Gupta. The location of the shoot is the home decor studio of Cottons and Satins. Here is a closer look.

A crop top, quilted skirt and pumps by Anamika Khanna with a necklace by En Inde is complemented by textured wavy hair and subtle makeup. For Kiara Advani, Eclectic Electric Blue and Bewitching Black, It’s a Slay Mode On for Guilty Promotions!

Kiara is perched on a chair and flaunts a crop top and skirt by Saaksha and Kinni with silver oxidized jewellery. Wavy hair and intense eyes accompany.

A bikini top, pants and jacket by Nikita Mhaisalkar is accentuated by tie-up pumps from H&M, necklaces by Accessorize and hoops by Misho Designs. Wavy hair and deep-set eyes stare back in this picture. Kiara Advani Has Fun With Fashion With a Dash of Daring, Wears a Lace Lemon Ruffles Dress and Nude Pumps!