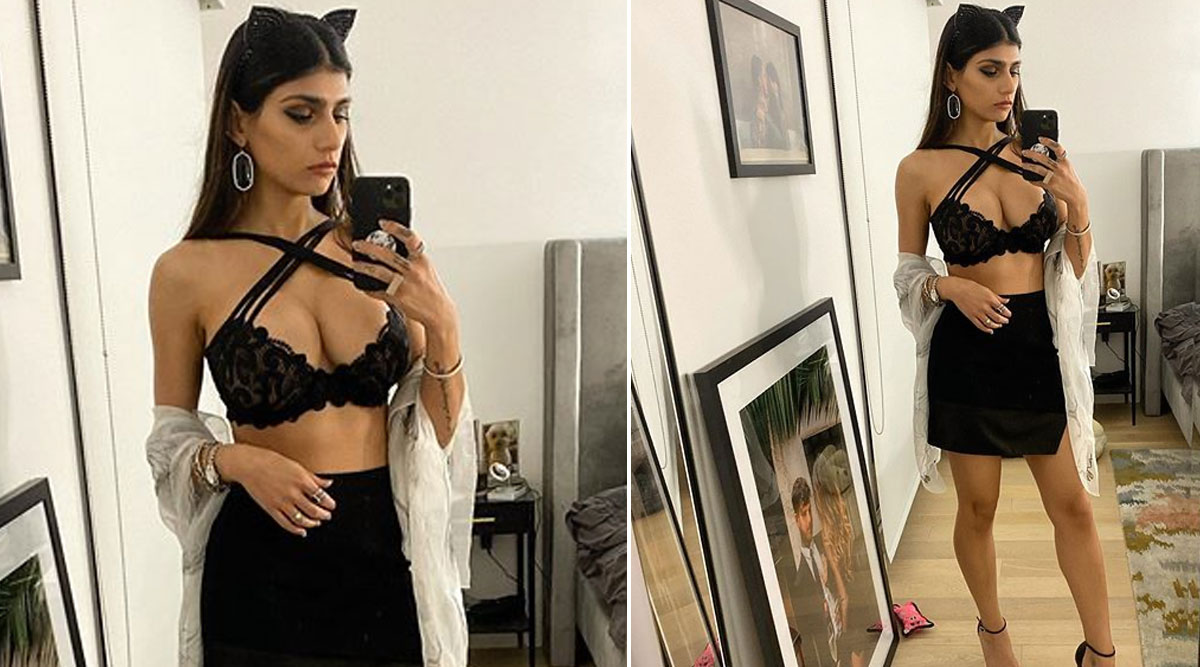 Mia Khalifa can be seen in a black criss-cross bralette and shot black skirt with a small slit. She gave her ensemble a fun twist with the cat ears hairband and pulling down the kaftan style shrug to her elbows. Mia Khalifa can be seen giving a sexy expression for the mirror selfie. She completed her look with sleek strappy heels in black as well. For accessories other than the cat ears, Khalifa is wearing a bunch of gold rings, a watch and a pair of earrings in black.

My hair is currently unwashed, but here’s banked selfie apropos of nothing 🤷🏽‍♀️