Mouni Roy Shows Us Why Checks Are Cute and Always Will Be! 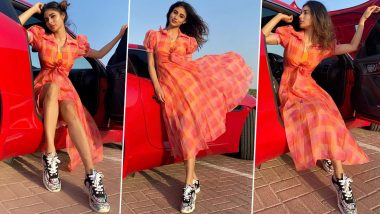 Plaid or checks, with their rich heritage, are always in vogue, coming back every season in varied forms. Mouni Roy took a dip into the  1960’s inspired retro vibe of checkered chicness that was feminine and cheeky. The dress from Appapop was styled into a sporty chic vibe as she modelled beside a red luxe car. One of the hottest actresses from the television industry who maintains a fabulous running on the small screen, to the extent of being an adarsh bahu, portraying the role of Sati, glamourizing snakes with her role in Naagin, she showcases her versatility not only in terms of acting but also with a fabulous off-screen fashion game. Additionally, with amazing dancing skills to boot, the voracious reader takes to the gram to post her style shenanigans spruced with her go-to fashion stylist Anuradha Khurana.

Mouni makes conscious fashion choices by blending affordable labels with international luxe ones. What ticks the box is her moody style, dabbling it all with an equal and enviable dose of chutzpah. She raises the stakes with an accompanying beauty game. Here's a closer look at her plaid moment. Mouni Roy Wearing a Mini Latex Dress Is What You Need to See Right Now! 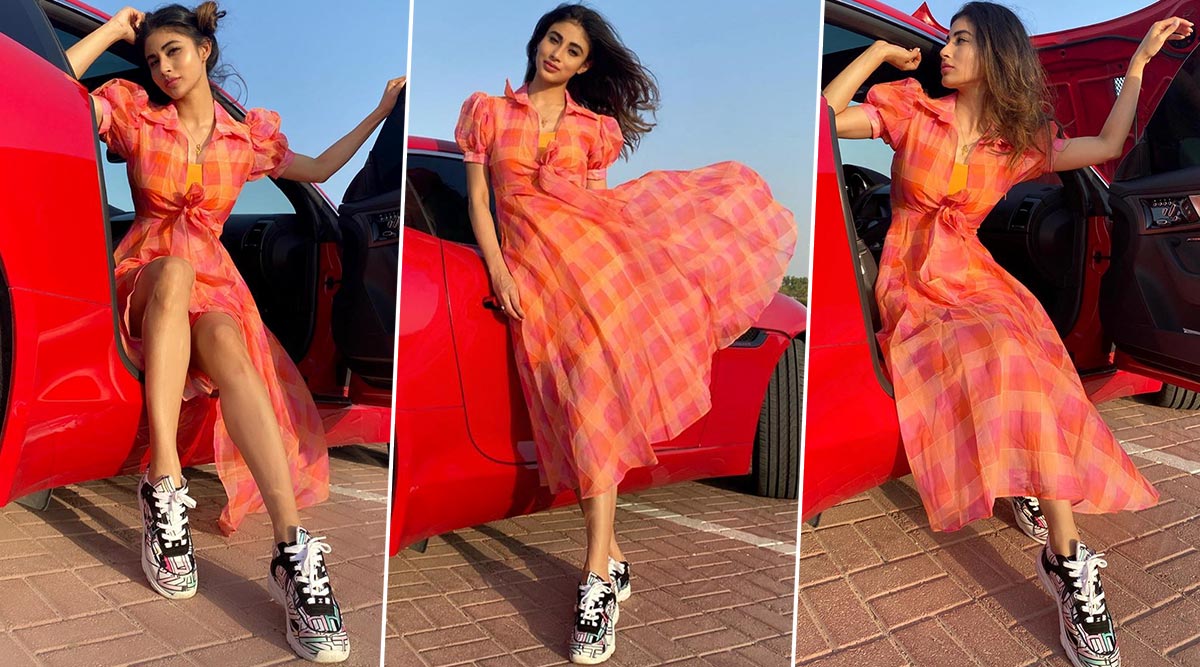 On the professional front, Mouni was last seen in Made in China alongside Rajkumar Rao. She will be seen in Brahmāstra: Part One of Three, an upcoming superhero film written and directed by Ayan Mukerji, and produced by Karan Johar featuring alongside Amitabh Bachchan, Ranbir Kapoor, Alia Bhatt, and Akkineni Nagarjuna in pivotal roles. She will also feature in Mogul, an upcoming biography, directed by Subhash Kapoor and produced by Bhushan Kumar and Aamir Khan under the banners of T-Series and Aamir Khan Productions showcasing the life of the mogul Gulshan Kumar who was the founder of the T-Series music label (Super Cassettes Industries Ltd.), and a Bollywood film producer.

(The above story first appeared on LatestLY on Sep 26, 2020 10:30 AM IST. For more news and updates on politics, world, sports, entertainment and lifestyle, log on to our website latestly.com).