India will observe its 75th Independence Day 2022 on Monday, 15 August. The national holiday will be commemorated across the country, and we have curated greetings, wishes and messages that you can share from your social media handles. 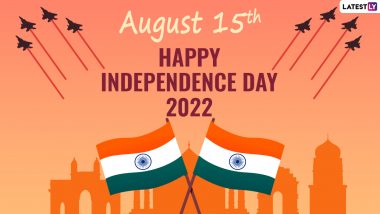 The Indian Independence Day is celebrated annually as a national holiday in the country on August 15. The event marks the end of British rule in 1947 and the foundation of a new and free nation. The day also commemorates the anniversary of the partition of the subcontinent into two countries, India and Pakistan. The historical division was accompanied by violent riots, mass deaths and the displacement of nearly 15 million individuals due to religious brutality. What we celebrate today as Swatantrata Diwas is the same date on which the first Prime Minister of India, Jawaharlal Nehru, raised the Indian national flag above the Lahori Gate of the Red Fort in Delhi decades ago. Independence Day 2022 falls on Monday, August 15, to celebrate all the great paragons which were the foundation of the dream of a free India. Independence Day 2022 Rangoli Designs: Easy Tiranga Images and Swatantrata Diwas Rangoli Patterns To Add Patriotic Vibes to 15th August Celebration (Watch Videos).

This year's Independence Day celebration is far more special as the government of India initiated campaigns like the 'Har Ghar Tiranga' under the aegis of 'Azadi Ka Amrit Mahotsav' to commemorate the 75 extraordinary years of India's freedom struggle. The mass movement will also celebrate the country's glorious history, culture, people and achievements. As responsible citizens, it is our duty to spread the importance of the national event. For the same, use your social media accounts to raise awareness and share quotes, messages and greetings with everybody. Here's our set of Independence Day 2022 greetings, HD wallpapers, SMS and quotes. Independence Day 2022 Office Bay Decoration Ideas: From Tricolour Balloons to Tiranga Rangoli Design, 5 Ideas for Best Office Decorations. 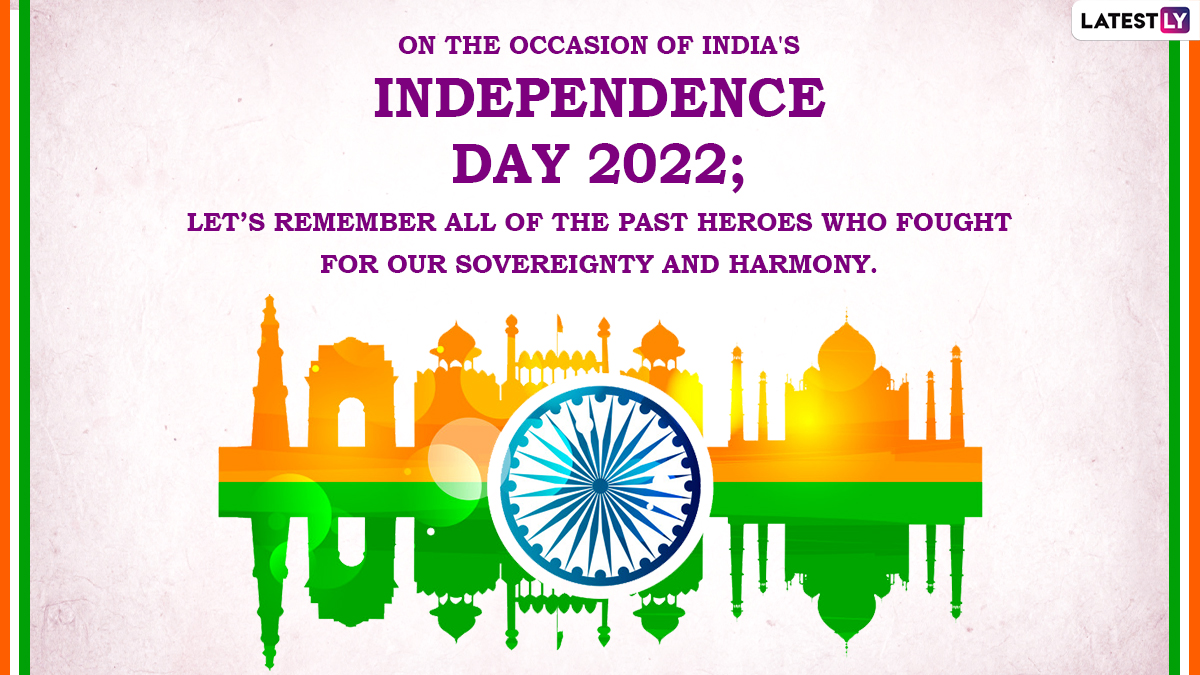 H.D. Image Reads: On The Occasion of India's Independence Day 2022; Let's Remember All of the Past Heroes Who Fought for Our Sovereignty and Harmony. 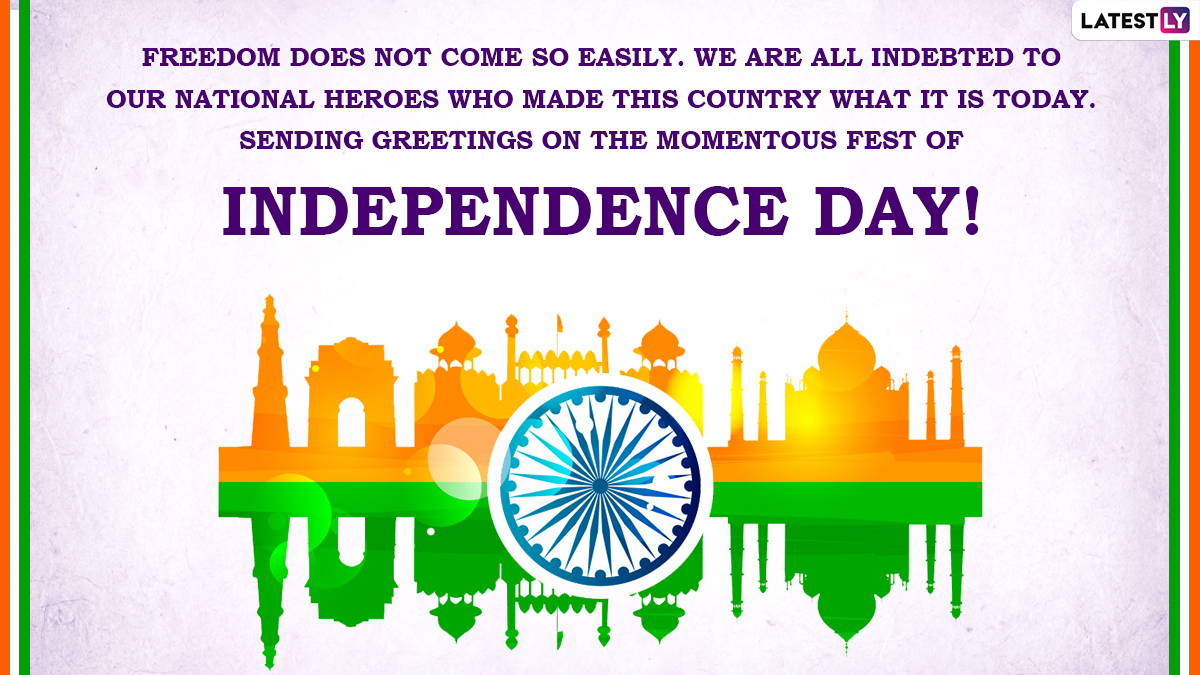 H.D. Image Reads: Freedom Does Not Come So Easily. We Are All Indebted to Our National Heroes Who Made This Country What It Is Today. Sending Greetings on The Momentous Fest of Independence Day! 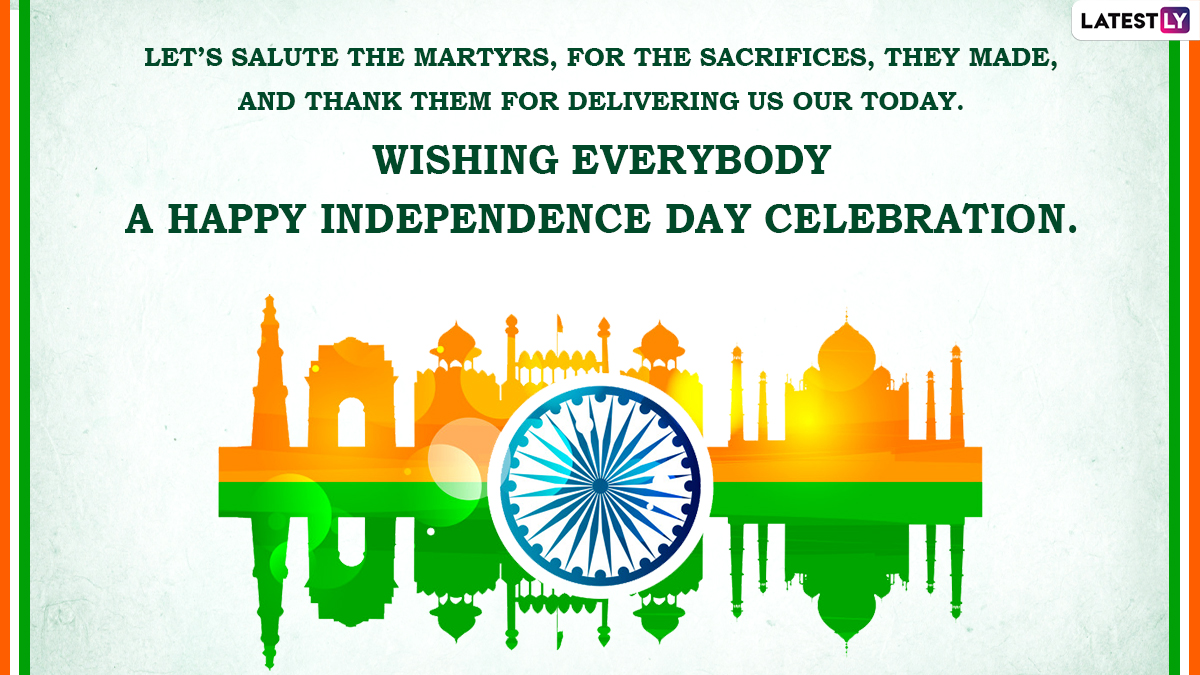 H.D. Image Reads: Let's Salute the Martyrs, For the Sacrifices, They Made, And Thank Them For Delivering Us Our Today. Wishing Everybody a Happy  Independence Day Celebration. 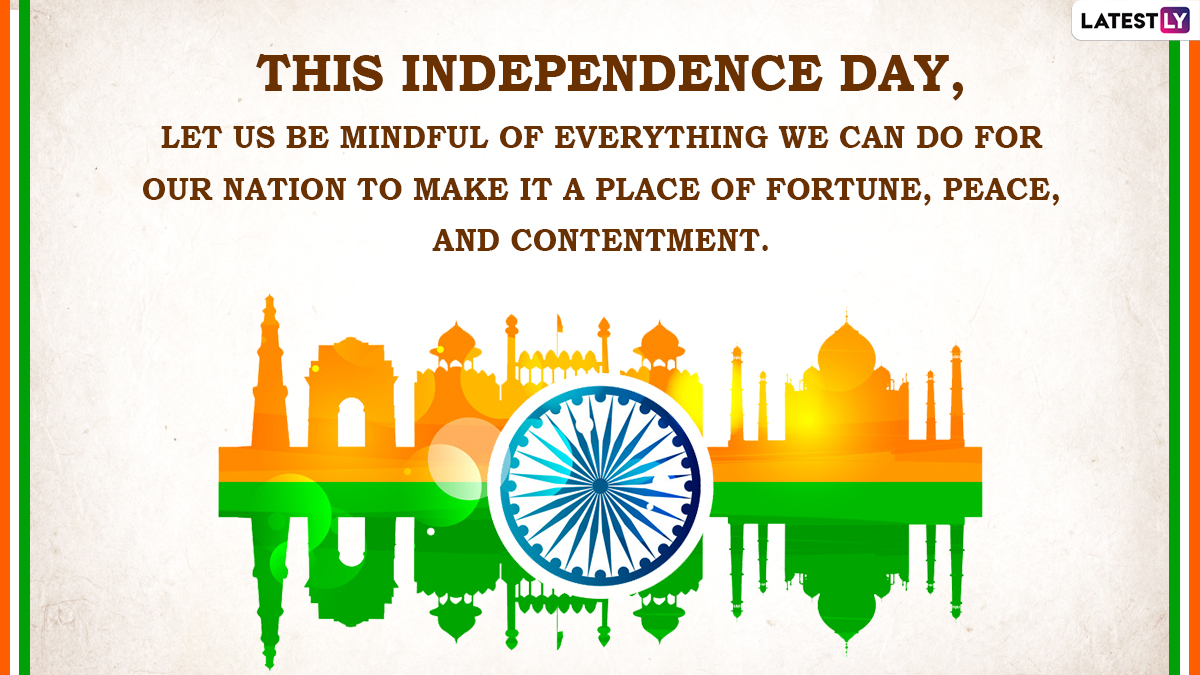 H.D. Image Reads: This Independence Day, Let Us Be Mindful of Everything We Can Do for Our Nation to Make It a Place of Fortune, Peace, and Contentment. 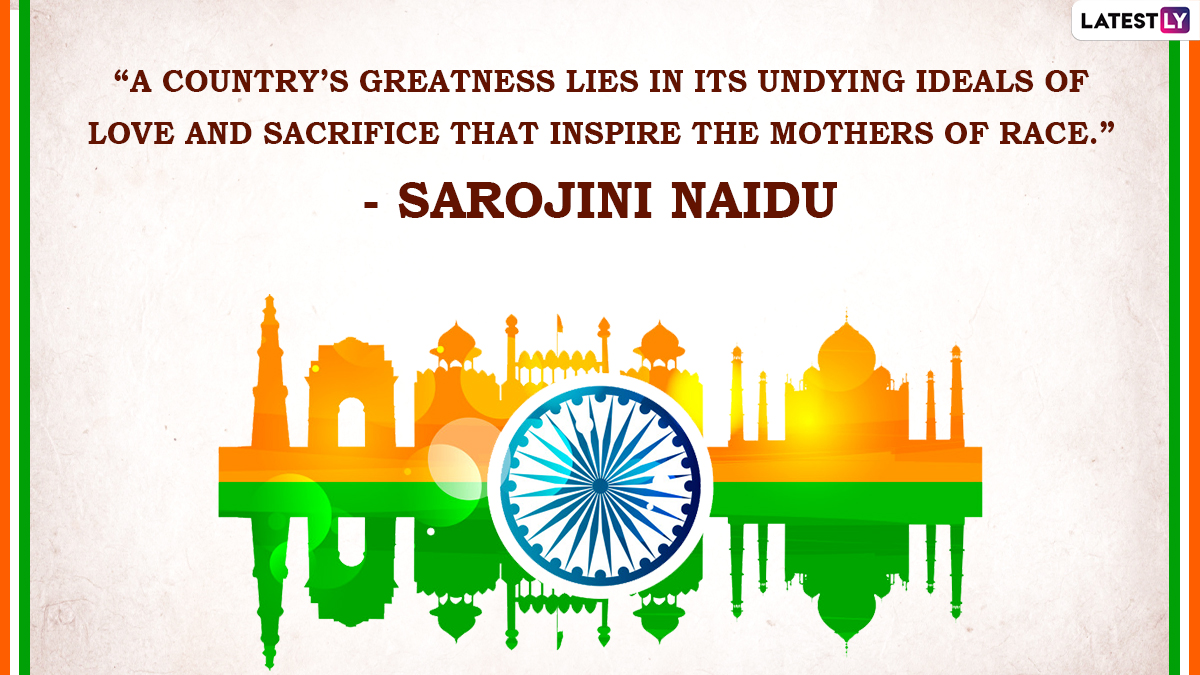 H.D. Image Reads: "A Country's Greatness Lies in Its Undying Ideals of Love and Sacrifice That Inspire the Mothers of Race."- Sarojini Naidu

On the event day, the honourable Prime Minister of India hoists the National Flag, Tiranga, on the ramparts of Red Fort, followed by a speech and then paying homage to the Independent leaders. The Indian National Anthem, "Jana Gana Mana", is sung, and the Armed forces and Paramilitary forces perform a march past. The display of the nation's diverse culture and traditions in different parades and pageants are also organized.

(The above story first appeared on LatestLY on Aug 15, 2022 05:21 AM IST. For more news and updates on politics, world, sports, entertainment and lifestyle, log on to our website latestly.com).