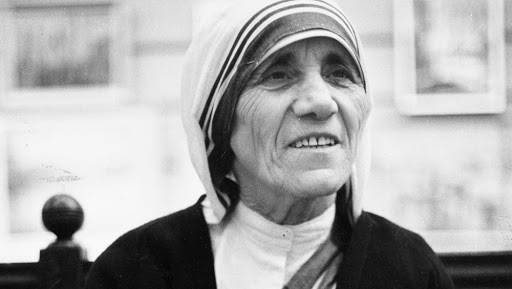 "Yes, I do convert. I convert you to be a better Hindu, a better Christian, a better Catholic, a better Sikh, a better Muslim. When you have found God, it’s up to you to do with him what you want," Mother Teresa replied when asked about whether she tried to convert people. It showed the selfless nature of Mother Teresa who helped everyone irrespective of their faith. For her humanitarian works, she was given the Nobel Peace Prize in 1997. Mother Teresa was declared a saint in September 2016 by Pope Francis.  August 26, 2019, will mark the 109th birth anniversary of Mother Teresa.

Mother Teresa was born as Mary Teresa Bojaxhiu on August 26, 1910, in Albania's  Skopje. She was baptised in Skopje, the day after her birth. Mother Teresa was the youngest child of Nikolle and Dranafile Bojaxhiu. Teresa left home in 1928 at age 18 to join the Sisters of Loreto at Loreto Abbey in Ireland, to learn English for becoming a missionary. She arrived in India in 1929, where Mother Teresa spent most of her life. International Day of Charity 2018: Know History, Significance and Celebrations About This Day.

The saint took her solemn vows on May 14, 1937, while she was a teacher at the Loreto convent school in Entally, eastern Kolkata. She served there for nearly twenty years and was appointed its headmistress in 1944. Teresa was deeply disturbed by the Bengal famine of 1943 and the Hindu-Muslim riots in 1947. She began missionary work with the poor in 1948. Teresa adopted Indian citizenship, spent several months in Patna to receive basic medical training at Holy Family Hospital and ventured into the slums. Mother Teresa Biopic Featuring Indian and International Actors To Release in 2020.

In 1950, Teresa founded the Missionaries of Charity, a Roman Catholic religious congregation. The congregation manages homes for people who are dying of HIV, leprosy and tuberculosis. At the time she died in 1997, the congregation was active in 123 countries. Even after her death, the Missionaries of Charity continued the good work and still is active in over 130 countries. Teresa received the Ramon Magsaysay Award for Peace and International Understanding, given for work in South or East Asia, in 1962. She was also a recipient of Padma Shri.

Mother Teresa's health started to decline in 1983. Teresa had a heart attack in Rome in 1983. She suffered a second heart attack in 1989. In April 1996, she broke her collarbone. The next year in March 1997, Teresa resigned as head of the Missionaries of Charity. Mother Teresa left for heavenly abode on September 5, 1997. The saint was laid to rest a week after her death. She received a state funeral from the Indian government