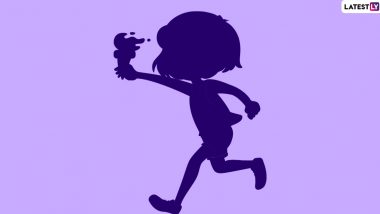 National Girl Child Day is observed in India on January 24. The day stresses on the importance of saving girl children and educating them. The observance highlights the need to treat girls equally and not differentiate on the basis of gender. Various awareness campaigns on 'Save the girl child' and held by the government, local bodies and other organisations on this day. And as we observe National Girl Child Day 2020, we take a look at some women who changed their stories and in the process helped others. National Girl Child Day 2020 Images With Quotes: WhatsApp Stickers, Inspirational Words, Hike Messages and GIFs to Share and Motivate Your Little Girl!

Some of the common issues faced by girls in the country are gender-based violence, sexual trafficking, child marriage, female genital mutilation, domestic abuse, female infanticide and much more. While the future may appear grim, many garner energy to get out of the cycle and live a peaceful life for themselves. On one hand, we talk about feminism and women empowerment, on the other hand, our societies still consider girl children as a curse. While their dear and near ones would not have been supportive enough, some choose to pave their own paths and write their success stories. Here are some such stories of girls which will inspire you for a better tomorrow. National Girl Child Day 2020 in India: Date, History, Significance and Objectives of the Special Day Observed on January 24.

Coming from Daulatpur village in Haryana's Fatehabad district, Anju faced discrimination at a very young age, reports The Logical Indian. Her birth was not celebrated rather her grandfather did not eat for five days. While growing up she felt that a woman's place is in the kitchen. At 10, her aunt made her do a lot of the house chores and did not even let her talk to her parents who lived in a different village. There were times she wanted to be a boy so that she could enjoy a little freedom. Some of her classmates were married at 11 and she understood that they had to do all the household work and event in the farms.

Eventually, she learned about child labour and child marriage and learned that those were punishable offences. The 17-year-old who is a child rights champion started Buland Udaan that works for child welfare. She has enrolled over 700 students in school, intervened in 15 sexual-harassment cases and stopped over 40 child marriage.

Defying predictions about her, Manashree Soman lives as a shining example of hope and inspiration. Doctors said that she won't be able to walk or talk other than being visually-impaired. But Manashree went on to win the Bal Shree President’s Award and received it from Dr Abdul Kalam at Rashtrapati Bhavan. She even sang a song for the President. However, her family was quite supportive and supported her everywhere. Today, she works as a bank clerk even though there are challenges.

Devika Rotawan was only 10 when a bullet pierced her right leg at Chhatrapati Shivaji Terminus (CST) station on November 26, 2008. She was among 300 people injured in the Mumbai attacks other than 166 people who were killed. Today Devika is 21 years old and aspires to become a police officer. The attack has left a lasting effect on her life and she wants to fight the injustice in the world. Devika said, "They will face the consequence of raising a finger towards India… I will make sure of it." Devika went through the ordeal as a child but it has changed her opinion towards her future. Today she serves as an inspiration to many to revive life, grow and achieve dreams.

The objectives of the girl include spreading awareness among people about all the inequalities faced by girls in the country. It tries to promote awareness about rights of a girl child. It increases awareness on the importance of girl education, health and nutrition. National Girl Child Day 2020 let's try to motivate girls for a better future!

(The above story first appeared on LatestLY on Jan 24, 2020 10:00 AM IST. For more news and updates on politics, world, sports, entertainment and lifestyle, log on to our website latestly.com).