World Mosquito Day 2019: Why the Mosquito Is the World’s Most DANGEROUS Animal 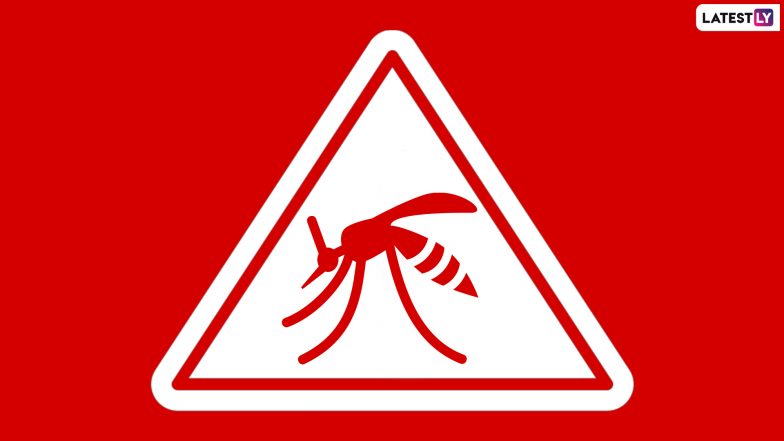 The deadliest animal in the world is not the shark, the tiger or the king cobra. This creature can be found in a pool of stagnant water near you – the mosquito. Reality is indeed stranger than fiction. You never thought mosquito could figure in the list of the World’s Most Dangerous Animals let alone top it. And what makes the insect so dangerous? Mosquitoes have the highest body count, a total of 1,000,000 – 7,250,000 humans killed every year. Even the venomous snakes pale in comparison at a measly 50,000. As a reminder of the threat it poses to humanity, World Mosquito Day is observed every year on August 20. The day also commemorates the birthday of Sir Ronald Ross, who discovered that female mosquitoes transmit malaria between humans. On World Mosquito Day 2019, here are all the reasons that make mosquitoes the MOST DANGEROUS animal on the planet. World's Deadliest Killer: Mosquitoes Are Biggest Cause of Human Deaths Around the World!

They Cause Deadly Diseases

Mosquitoes transmit some of the biggest vector-borne diseases. Zika, yellow fever, dengue, malaria and West Nile infection, which kill millions of humans each year, are spread by mosquitoes. According to WHO, 50 percent of the world’s population is vulnerable to mosquito-borne diseases. Reasons Why Mosquitoes Love You and How to Keep Them Away.

They Are Immune to Pesticides

Mosquitoes haven’t changed much anatomically in 50 million years. But they have evolved enough to resist some of the deadliest poisons used to kill them. Today, they have grown resistance to four commonly-used insecticides – pyrethroids, organochlorines, carbamates and organophosphates.

They Adapt to Different Environments

Resilience to chemicals is one thing. Mosquitoes are also good at adapting to various environments. You can find them everywhere – from the marshy lands of rain forests to the urban environment. All they need are small droplets of water or moist soil and a blood meal to breed.

Only 4 Substances Can Repel Them

Despite some of our best efforts, mosquitoes still persist. That’s because there are very few chemicals that can actually repeal them. Four substances – DEET, Picaridin, Eucalyptus oil and IR3535 – are the only ones that can effectively drive them away, according to the Centers for Disease Control and Prevention.  Apply These 6 Oils on Your Skin to Drive Mosquitoes Away.

Climate Change is Empowering Them

Climate change and global warming have far-reaching consequences, even on vector-breeding. Mosquitoes need warmer and more humid climes to breed. With global warming increasing the overall temperatures, the breeding season of mosquitoes has increased and breeding grounds have been expanded. This means more mosquitoes and more instances of zika, dengue, chikungunya, malaria and yellow fever.

From Aedes to culex to anopheles, there are different varieties of mosquitoes that are wreaking havoc on the planet. It’s ironic how a tiny creature that can be killed with a whack of a rolled-up newspaper can cause so much death and destruction. But mosquitoes are the most dangerous creatures on the planet. The only way to beat them is to keep them at bay.