Coronavirus Latest Updates: As Death Toll Crosses 130 in China, India Plans to Evacuate Its Citizens, Symptoms You Should Watch out For

China's Wahun is dealing with the worst case of an epidemic-like situation where an infectious virus similar to the SARS pathogen claimed over a hundred lives. Today's coronavirus update has it that over 4,500 cases have been confirmed in China of which 106 have been fatal. 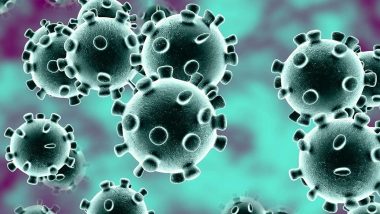 China's Wahun is dealing with the worst case of an epidemic-like situation where an infectious virus similar to the SARS pathogen claimed over a hundred lives. Today's coronavirus update has it that over 4,500 cases have been confirmed in China of which 106 have been fatal. The infection is not limited to China and the outbreak of 2020 novel coronavirus (2020-nCoV) has reached in other Asian countries. A few areas in Australia, France and the United States have also been affected. Although, no deaths have been recorded outside China.

Germany and Japan confirmed cases of "human-to-human transmission of the disease," as per the mint.  Back in India, the government is prepping to evacuate Indian citizens from China following the Coronavirus outbreak. Foreign ministry spokesman Raveesh Kumar said, "We have begun the process to prepare for the evacuation of Indian nationals affected by the situation arising out of Corona-2019 virus outbreak in Hubei Province, China," in a tweet. Coronavirus Outbreak Sparks Fake News: AFP Fact Check Busts Fake Death Projections, 'Salt Water' Treatment and Conspiracy Theories.

"Our Embassy of India in Beijing is working out the logistics & is in touch with the Chinese govt. authorities and our nationals on this matter. We will continue to share updates," Raveesh Kumar further said. Coronavirus Outbreak: List of Countries that Have Confirmed Cases of SARS-Like Virus.

The Lancet reported some of the new virus's symptoms mimic those of SARS.  This conclusion was made after studying 41 early-detected cases. Amongst the other symptoms, pneumonia was seen in almost all patients. Fever was the second most common symptoms. Coughing was seen in three-quarters of the victims and more than half had breathing issues. Lead author Bin Lao said in the report: "there are some important differences, such as a lack of runny noses, sneezing or sore throats." According to the study, the average age of the 41 patients studied was 49 and most of them having visited Wuhan market that has been identified as the source of the outbreak. Coronavirus Cases in India Update: One in Goa, 5 in Haryana Detected With Deadly nCoV-2020, Toll of Suspects Reach 26 in India; Here Are The Details.

The outbreak began in China’s Wuhan province, the fatal disease has now spread to other countries including the United States, Japan and South Korea. Precautions in have been taken in the main international airports in India that are on high alert. Passengers from China and other countries are being screened and people are being kept in observation. Coronavirus Scare in India Update: Health Ministry Sets Up Scanners at 13 More Airports, MEA Begins Evacuation Process of Indian Nationals From China, Here Are All The Details.

Over 130 people have lost their lives due to the virus similar to the SARS pathogen. Overseas confirmed cases have been reported from Thailand, Japan, Malaysia, South Korea, France, the United States, Singapore, Australia, Vietnam, Nepal and Sri Lanka, as per reports.

(The above story first appeared on LatestLY on Jan 29, 2020 11:32 AM IST. For more news and updates on politics, world, sports, entertainment and lifestyle, log on to our website latestly.com).