Nipah Virus: Health Experts Warn Against the Virus With ‘Serious Epidemic Potential’; No Vaccines or Drug to Combat the Infectious Disease Yet

What is being claimed as a virus with "serious epidemic potential," experts warn against Nipah. Global public health officials and infectious disease specialists reportedly said, Nipah virus that has already caused a still across South and South-East Asia, can be an emerging global threat. 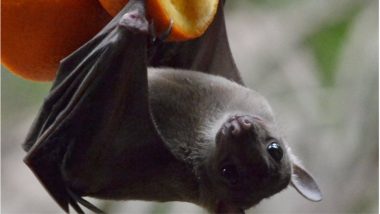 The year 2019 began with the return of Nipah virus in South Asian countries like India and Bangladesh and the year before, the deadly virus claimed 17 lives in Kerala, India itself. However, what is being claimed as a virus with "serious epidemic potential," experts warn against Nipah. Global public health officials and infectious disease specialists reportedly said, Nipah virus that has already caused a still across South and South-East Asia, can be an emerging global threat. Nipah spread and took lives in India and Bangladesh after being identified in 1999 in Singapore and Malaysia. The mortality rate ranges from 40 to 90 percent. However, there is no drug or vaccine against it, which makes Nipah a significant health concern. What is Nipah Virus? Symptoms, Causes, Treatment and Preventive Measures of the Bat-Borne Illness.

CEO of Coalition for Epidemic Preparedness Innovations (CEPI) Richard Hatchett said to Reuters, "Twenty years have passed since its discovery, but the world is still not adequately equipped to tackle the global health threat posed by Nipah virus." Reports have it that the CEPI will be leading a two-day Nipah conference along with the Duke-NUS Medical School in Singapore this week. Nipah Virus Outbreak: Should We Worry Yet? Expert Clears Our Doubts About the Viral Outbreak in Kerala.

As per WHO, Nipah virus is a zoonotic virus transmitted from animals to humans. Not just animals but, the bat-borne disease can also be transmitted through contaminated food or directly between people. The deadly disease causes in infected people, "a range of illnesses from asymptomatic (subclinical) infection to acute respiratory illness and fatal encephalitis," WHO says. Apart from it spreading in humans, the virus can also cause severe disease in animals such as pigs. Farmers may experience significant economic losses for farmers.

World Health Organization has identified Nipah as a priority disease, and there is still no drug or vaccines for Nipah virus infection. The two-day Nipah conference is the first to focus on this deadly virus and is being co-hosted by CEPI and the Duke-NUS Medical School in Singapore.

(The above story first appeared on LatestLY on Dec 09, 2019 01:27 PM IST. For more news and updates on politics, world, sports, entertainment and lifestyle, log on to our website latestly.com).