The famous Sahar Javadzadeh has a touching life story that everyone should read. A successful and strong girl who passed all the difficulties to catch her goal and get where she is. 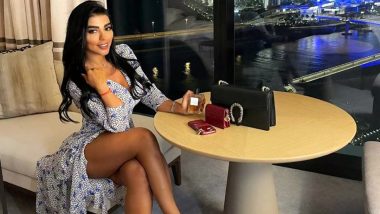 If you are looking for a tragic plot with a happy ending, I recommend you to read the text completely.

The famous Sahar Javadzadeh has a touching life story that everyone should read.

A successful and strong girl who passed all the difficulties to catch her goal and get where she is.

While she was a young girl with an extreme enthusiast for life, her parents passed away and left her with deep sadness and depression, her life was completely ruined because of this dreary and sorrowful misery, but she decided not to give up and continued to build her life again because she knew that life goes on and it is not the end of the world.

After that hard and sad event, she decided to move on and left Iran to Dubai and started a new lifestyle because she couldn’t handle and bear that much pain, so she thought of starting a new life after her immigration.

Sahar chose to be happy and walked on this way by starting to exercise, so she put everyone aside and closed her eyes on the things which may prevent her from being successful. After some time, she became closer to her aim and spent some classes to become a coach and got some international degrees. It has been five years that she is exercising professionally and trains people interested in the sport. She wants to attend different international IFBB PRO contests that need a persevering characteristic that she has.

Sahar is now a role model for many people and a strong person who is also self-made.