How One 18-Year-Old, India Dupriez, Is Focusing on Making a Name for Herself in the Music Industry

Over the past several years, the music industry has evolved into something much different than it was a decade or two ago. Because of advances in technology and the popularity of social media, those who usually wouldn’t get a shot at creating music have the perfect opportunity to do so, including talented teens from different countries. 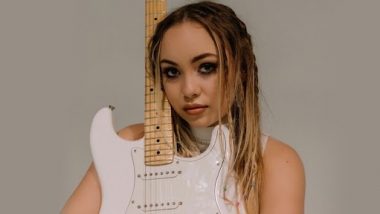 Over the past several years, the music industry has evolved into something much different than it was a decade or two ago. Because of advances in technology and the popularity of social media, those who usually wouldn’t get a shot at creating music have the perfect opportunity to do so, including talented teens from different countries. For one 18-year-old woman from Australia, making music people can relate to is more important than anything. India Dupriez may be young, but she’s a talented singer and songwriter passionate about performing. Her natural talent was enough to capture the attention of Symba Music Group, a company based in Los Angeles that provides representation to musicians looking to get started in the industry.

“Because of Symba Music Group, I traveled to California for the first time and enjoyed the opportunity to write and record with incredible music producers, including Chizzy Stephens and Kyle Moorman,” said Dupriez. “Working with these producers was wonderful and only ignited the flame within me. I’ve managed to receive numerous accolades and have thousands of people listening to my music. It’s a major accomplishment that keeps me motivated and excited for what the future holds. I want to continue making relatable, meaningful music for people to enjoy.”

Upon discovering her talent for writing music and performing, India Dupriez spent time busking, attending open mics, and even doing community performances. Her goal was to get as many people to hear her voice as possible. “I knew that if the right person would hear my music, it would eventually get me further in my career. With each performance, I gained more confidence in myself and my abilities,” said Dupriez. “Staying motivated enough to perform regularly helped me get to where I am today, writing more relatable songs and releasing music that gets people to feel things. I put thought and effort into creating each piece because I want people to feel different emotions based on the words they’re hearing. My style of music is different from others, and that’s fine with me. I want to set myself apart from others.”

India recently released several new songs, including Ghost and Pray. Ghost is a breakup song with heartbreaking lyrics that are sure to tug on the heartstrings of listeners. Pray is a meaningful song about loving people who aren’t always there for you but knowing that prayer can help with loneliness and sadness. It’s sure to touch the hearts of those in similar situations.

For India Dupriez, music is a creative outlet that allows her to express her feelings and thoughts, put them on paper to turn them into lyrics, and create impressive songs that people can enjoy. Although she’s still young, she is making a name for herself and hopes that people will begin to recognize her name around the world one day.