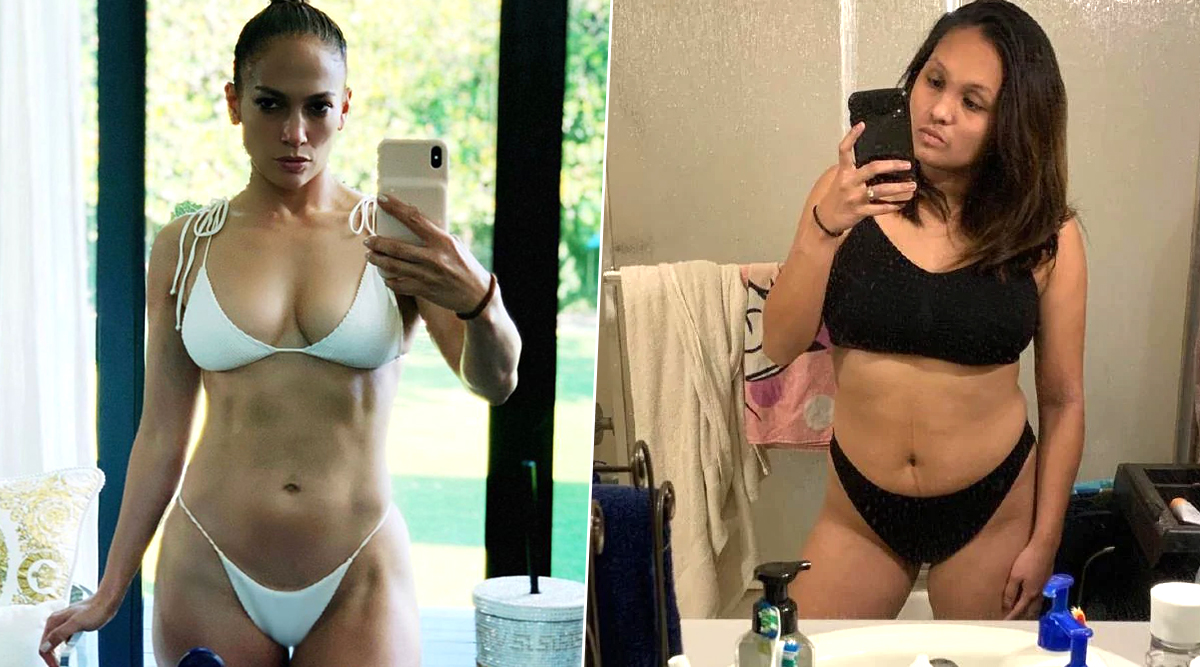 Jennifer Lopez has always been a fitness inspiration. Right from her gym videos to her selfies flaunting her ripped figure, JLo has always prioritised her fitness and also encouraging others to live a healthier life. Just recently JLo began an amazingly body-positive trend that inspired so many women on Instagram to accept their natural selves. Just a few days ago, JLo shared a bikini selfie and it became a viral #jlochallenge trend in no time. It inspired women around the world to be proud of their bodies and show it off on the social media platform.

The 51-year-old stunning singer looks like she is ageing in reverse making her fans go gaga after posting a picture of herself in a white bikini. The picture made her 115 million followers on Instagram fall in love with her all over again. The Hustler’s star and mum-of-two, known for her incredible physique, captioned the stunning pic: “Relaxed and recharged”. Since posting, the photo has racked up more than eight million likes, as people everywhere praised J-Lo’s sensational figure, The Sun reports. View Pic:

She inspired so many of her followers into becoming a fitter version of themselves. The post raked thousands of comments. "Just when I was about to skip working out today", someone wrote. Another commenter wrote, "literally would kill for this body but I’m over here eating chips". It also made so many different types of women share their pictures under #jlochallenge. Some of these women shared their postpartum pictures and some even flaunted their stretch marks! Bringing a body-positive wave on Instagram, JLO is going viral once again. Check out some of the pictures shared by some of the pictures online:

Jennifer Lopez had recently gone viral after she and Shakira took to the stage at Miami's Hard Rock Stadium on Sunday, January 2 night. They delivered a sizzling halftime show performance at Super Bowl 2020. Amidst the high-intensity numbers and glamorous performances, there was a moment that stood out was when Lopez's 11-year-d daughter Emme sang her mother's popular number, "Let's Get Loud" as a tribute to the late NBA legend Kobe Bryant.