It's a common misconception that achieving wealth and abundance requires a special set of skills or inherent talents. But for 22 year old entrepreneur Torres Ingraham, the key ingredient in the recipe for success is belief. Torres sets the stage for new and aspiring entrepreneurs on his mission to prove that there are other ways of getting exactly what you want out of life and nothing less, regardless of who you are or where you come from. 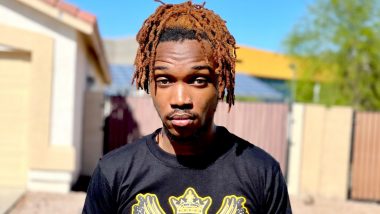 It's a common misconception that achieving wealth and abundance requires a special set of skills or inherent talents. But for 22 year old entrepreneur Torres Ingraham, the key ingredient in the recipe for success is belief. Torres sets the stage for new and aspiring entrepreneurs on his mission to prove that there are other ways of getting exactly what you want out of life and nothing less, regardless of who you are or where you come from. The only question Torres asks: are you willing to show up today, for the person that you want to be tomorrow?

Torres was born and raised in Nassau, Bahamas, before moving to America in 2014 at the age of 15, spending the remainder of his adolescence in Dothan, Alabama. Torres’ first job was as a model for PTG Modelling Agency in the Bahamas, where he is still signed to this day. This self-employment instilled in Torres at a young age an unorthodox means and mindset to earning money that has stuck with him for the rest of his life.

Torres has a natural talent for sports, namely football, which helped him through college, but his journey through post secondary was a rocky one. Attending a total of 5 different colleges, Torres started in 2017 at Alma College in Michigan for two semesters, followed by Independence Community College in Kansas. There he was featured on a Netflix Series called Last Chance U that documents the lives of college football players. Torres then transferred to Fort Scott Community College for two semesters before he was unfortunately dismissed from the football team and removed from his college dorms, causing Torres to be homeless for a month and a half. So how did Torres make the transition from homeless youth to successful entrepreneur? The best is yet to come.

In June of 2019, Torres was introduced to network marketing which would ultimately start him on a new and uphill path of positivity.

“When my current mentor introduced me to the opportunity, I saw a lot of people with the same demographic as me, really making an impact - not only in our communities, but all around the world,” says Torres.

This opportunity to flourish in a new business venture allowed Torres to move to California, where he enrolled in Glendale Community College and continued to play football for one semester. Torres finally ended his College career at Ottawa University in Arizona, where he unexpectedly received a football scholarship and is completing his degree in Business Administration with a focus on Entrepreneurship.

Despite pursuing a post secondary education and enjoying sharpening his athletic abilities through football, Torres always felt that entrepreneurship was his true calling, and wants to share this opportunity with as many people as possible.

“My father was in network marketing before I was born, so I feel like it's in my blood. I understood that even though I can play football and run track at a very high level, it's a small percentage of people that make it to the NFL or the Olympics. I understand being a young black man in America, that most young black men think that the only way they can become a millionaire or be successful is if they play a professional sport. So I use my platform to show my country, people back home in the Bahamas, and just everyone around me - that there's other ways to live the lifestyle you truly desire. We can really control our own destiny,” says Torres.

To date, Torres has built his business called “FlyRixh Commerce World” to a network of over 200 people, with business partners across the globe. Through FlyRixh, new and aspiring entrepreneurs are given the resources required to learn to trade in the financial markets. But Torres is proving that financial independence is not the only value to be taken from his work - a new mindset and willingness to venture out of your comfort zone is what will truly push any new entrepreneur to the top.

“Through FlyRixh we’re showing young people that you can invest and you don't need a lot of money to invest. It doesn't matter who you are, where you're from, what background you came from, your educational success or lack thereof. It doesn't matter what mindset you come in with, because what you’re getting out of it is belief - belief and understanding that you can live the life you want, and nobody can tell you otherwise,” says Torres.

FlyRixh Commerce World has achieved great success as a business, but it didn’t just start out this way. For Torres, FlyRixh is a mindset he adopted in highschool that has propelled him to the great heights he has reached today. The brand has expanded into music, clothing and gaming, and will continue to grow with Torres.

When discussing the origins of the iconic brand and lifestyle, Torres says:

“It started with me and my best friend in high school, wearing suits and button ups to school once a week - just having that businessman mindset, because to be wealthy you need to think wealthy.”

With Flyrixh thriving and Torres well on his way to the financial security he covets, his advice and reminder that we can all achieve exactly what we want in life no matter what we think is holding us back, are words to live by:

“You can win in this space. We have single moms, we have models, we have rappers - we have people from all walks of life flourishing. But to elevate to a new height you've never seen before, you must have access to new information and be willing to do things you’ve never done before. I have access to information that can set people free. And as my mentor always tells me - in order to get what you want out of life, you have to help give as many people as possible what they want.”

(The above story first appeared on LatestLY on May 10, 2021 05:02 PM IST. For more news and updates on politics, world, sports, entertainment and lifestyle, log on to our website latestly.com).