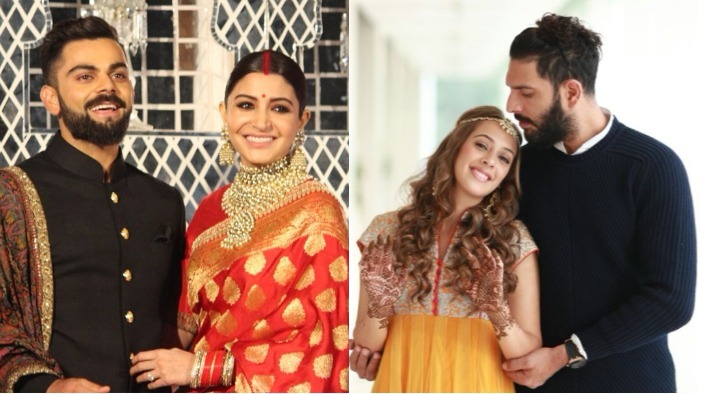 India’s golden couple Virat Kohli and Anushka Sharma tied the knot on December 11. After years of speculations, Virushka (the sobriquet given to the supercouple) finally had a destination wedding in Italy. Their marriage meant the union of two of the country’s highly followed fields – Cricket and Bollywood. In Virat and Anushka’s case, it has not been just a marriage of two individuals and their families but also their respective fields. As a matter of fact, fans are seeing several cricketer-actress pairs tying the knot in the recent past. Apart from Virushka’s marriage, 2017 saw another high-profile wedding when former Indian pacer, Zaheer Khan married to Chak De! India actress, Sagarika Ghatge.

The trend of Indian cricketers being smitten by actresses is not something new. From Ravi Shastri and Amrita Singh to Yuvraj Singh and Kim Sharma, the past is full of exciting romantic relationships. In spite of the love and passion, the affairs did not last long and culminate in marriage in a majority of cases. However, last few years have been special for cricketer-actress pairings. They neither hesitate in saying the wedding vows nor making us believe in fairy-tale romance and weddings, of course. Here’s our lowdown on a list of the famous cricketer-actress married couple. 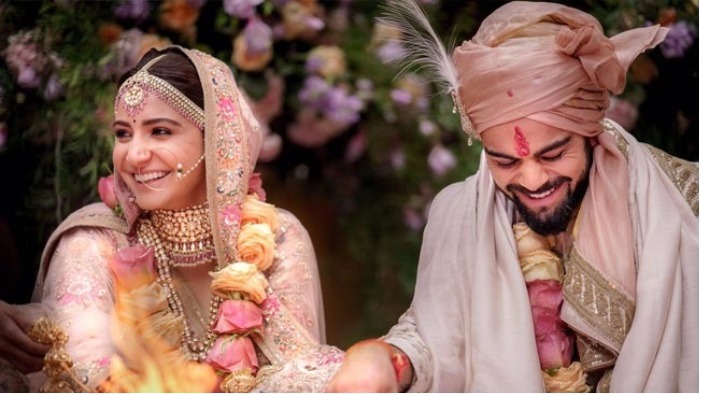 Virat and Anushka gave the most pleasant to their fans as they took to social media platforms informing about their wedding. On December 11, the duo got married in the picturesque locales of Borgo Finocchieto. Set in a restored 13th-century Tuscan village, Virushka had a breathtaking destination wedding. After dating for close to four years, their decision to marry in a hush-hush but lavish ceremony gave their fans gleeful tears. Both Virat and Anushka are at the pinnacle of their careers and it is heart-warming to see these two youth icons together. 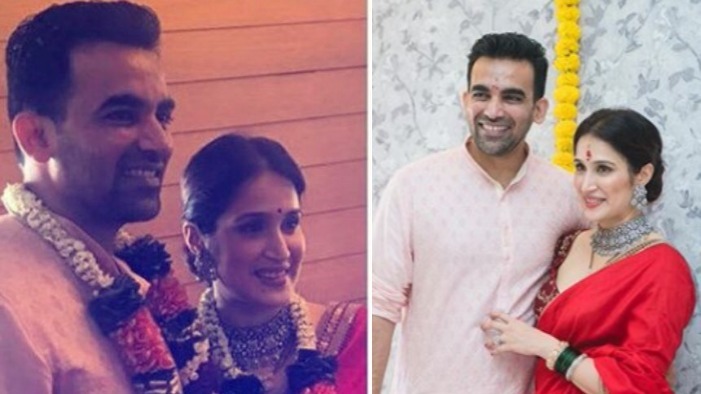 Before Zaheer Khan was ‘caught and bowled’ by lovely Sagarika Ghatge, the former spearhead was in a relationship with actress-dancer, Isha Sharvani. However, their romance went kaput in 2012 with reports suggesting the growing distance between them to be the reason behind their breakup. For Zaheer, love came knocking at his door in 2016 when he met Sagarika through their mutual friends. Zak and Sagarika became friends and soon their friendship blossomed into love. Without wasting much time, the lovely pair got engaged in April 2017 while they got married on November 23 the same year. 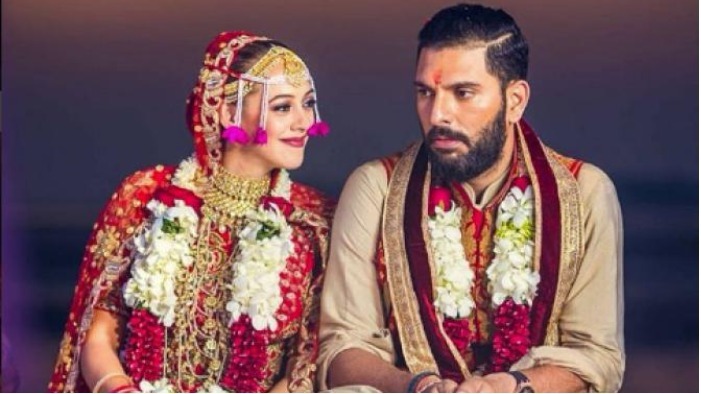 Hazel may not be the first Bollywood actress to catch Yuvraj Singh’s eyes, but she most definitely became his ‘forever love’. Way before Yuvi met the Bodyguard actress, he was in a string of failed relationships with B-town actresses. His colourful love life included dating Mohabbatein actress Kim Sharma for the longest time. However, problems crept in their relationship and they went separate ways. Coming back to Hazel Keech, Yuvraj became friends with the actress on the social media! Yes, you read it right. The 36-year-old star allrounder tried for three years to meet Hazel for a coffee date but it was only after ‘plenty of perseverance from his side’, their relationship kicked off. After winning over her heart, Yuvraj proposed her for marriage. The gorgeous pair got engaged on November 12, 2015, in Bali and getting married after a year on November 30, 2016, in two traditional weddings. 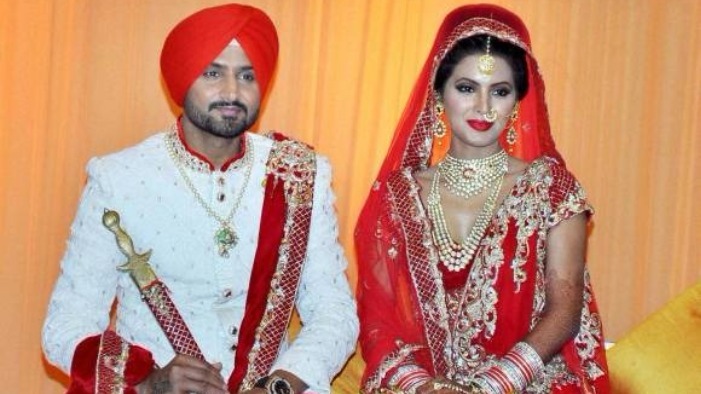 World-cup winning hero Harbhajan Singh is one lucky guy. The ace Indian spinner got to marry the girl of his dreams, Geeta Basra. Yes, it was love at first sight for apna Bhajji. He fell in love with the dusky beauty after seeing her in song Woh Ajnabee (from 2007 film The Train). In Harbhajan’s own words, ‘I saw her in a song - Woh Ajnabee - when I was playing county cricket in London. I told my friend, 'I want to meet this girl.'’ Meanwhile, Geeta made Harbhajan wait for a long time before realising her love for him. The couple got married on October 29, 2015, in a big fat Punjabi wedding. Harbhajan and Geeta are blessed with an adorable daughter, Hinaya Heer Plaha. 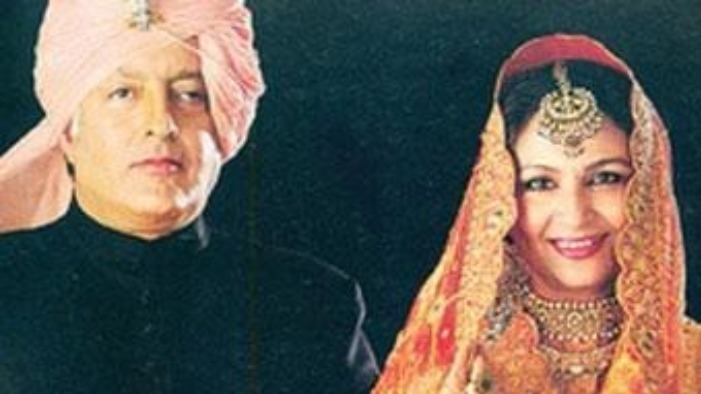 Mansoor Ali Khan Pataudi and Sharmila Tagore will forever remain the epitome of cricketer-actress romance. The stylish Indian cricket captain lost his heart to stunning beauty, Sharmila and their marriage were no less than a filmy story. Despite belonging to two different religion and having a contrast careers, the two public figures had the greatest love story. The iconic couple got married on December 27, 1969, after Tiger Pataudi proposed the actress on the streets of Paris. The Nawab of Pataudi and his Begum spent 42 years before he passed away in 2011.

These are the supercouples, fans have been going gaga over the years. Like mentioned above, there have been several failed relationships, but these handful pairs restore our faith in love between two influential, public figures. Once again, we wish the newlywed couples, both Virat and Anushka and Zaheer and Sagarika from the bottom of our hearts.