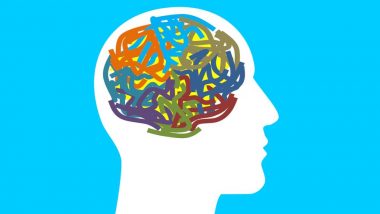 October, 10, every year is observed as World Mental Health Day. The day is dedicated to the importance of mental health while fighting the stigma attached to it. Mental health disorders such as depression, stress, bipolar disorder, schizophrenia, etc. are often trivialised, even when it is equally dangerous as physical health issues. The awareness about mental well-being and its effects on life is very low. The damage done by mental health issues is no less than that of physical ailments. Talking about India, WHO statistics say that the burden of mental health problems in India is alarming. They believe that the age-adjusted suicide rate per 100,000 population is 21.1 and, 'It is estimated that, in India, the economic loss, due to mental health conditions, between 2012-2030, is 1.03 trillions of 2010 dollars.  Not only is there a lack of professional help for people struggling with mental health, but half of the mental health problems are also not even recognised or marginalised as a "phase".  8 Facts About Suicide You Didn't Know.

The history of this day dates back to 1992 when the World Federation for Mental Health announced October 10 as World Mental Health Day. This year, the initiative is led by the World Health Organization (WHO), the International Association for Suicide Prevention and United for Global Mental Health. The theme this year is "Working together to prevent suicide."  A large number of people end their lives because of mental health issues the aim is to help prevent suicide. Some of the common symptoms of a suicidal person are, feelings of loneliness, fear of abandonment,  hopeless outlook, etc. How Someone's Language Can Show Signs of Suicidal Tendencies.

The collective aim of this day is to raise awareness about the surging numbers of suicides and the prevalence of unaddressed mental health conditions. India makes up for 17 percent of the world’s suicides. The number of suicidal deaths is only increasing and require efforts from all of us. What You Should NEVER Tell a Depressed, Suicidal Person.

It is vital to understand that mental health holds immense importance and addressing the problems sooner will curb the number of suicides. Understanding that mental health issues are real and a lot of time go unnoticed, is the real challenge. The shortage of health experts in the field of mental health is another hurdle that our country needs to overcome.

(The above story first appeared on LatestLY on Oct 09, 2019 09:43 PM IST. For more news and updates on politics, world, sports, entertainment and lifestyle, log on to our website latestly.com).