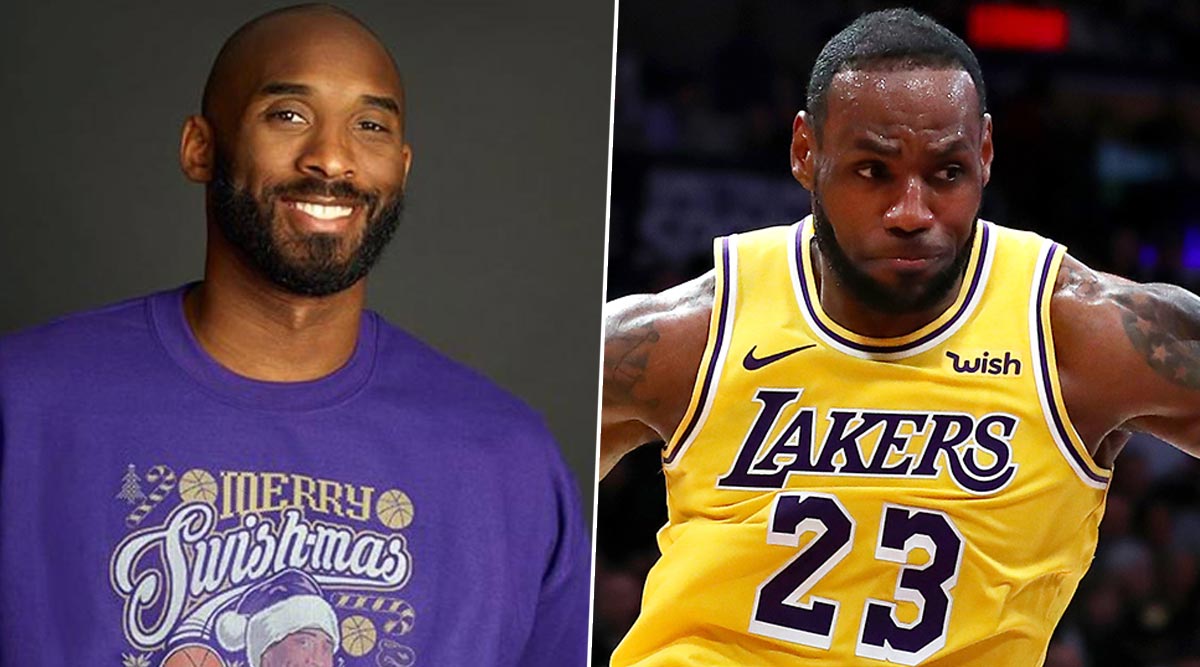 NBA legend Kobe Bryant passed away on January 26, 2020 (Sunday) in a horrific helicopter crash in Calabasas, California. Reports suggest that the former basketball star was on his way to the Mamba Sports Academy with his daughter, 13-year-old Gianna 'Gigi' when the incident occurred. All nine passengers on board were killed. Kobe Bryant fans and contemporaries around the world have paid their tributes to ‘Magic Mamba’. But the British Broadcasting Company (BBC) came under heavy criticism when in a news programme that was supposed to be a tribute to the late legend, the broadcaster mistakenly showed a video of LeBron James in the segment, for which they have since apologized. Kobe Bryant Dies at 41 in Helicopter Crash; Videos From Tragic Accident Spot Emerge Online.

During BBC’s News At Ten programme on Sunday, a footage of LeBron James beating Kobe Bryant’s point’s tally appeared on the segment which was supposed to be dedicated to the late Lakers legend. Soon the viewers started slamming them online for confusing the two prominent basketball players as the voiceover in the footage did not explain why the audiences were seeing James on the screen at that stage. Since then the broadcasting company has apologized for the blunder but the damage was already done. Kobe Bryant Dies at 41, Sports Fraternity Across the World Pays Tribute to Lakers Legend Who Died in Helicopter Crash.

I genuinely cannot believe that the actual BBC News at 10 just did this pic.twitter.com/n6csMV9OOG

Disgrace. It's not difficult. How much archive footage of Bryant do you need?

Honestly get lost BBC. Embarrassingly out of touch (with reality).

@BBCNews are you thick? Unacceptable

IT LITERALLY SAYS JAMES ON THE BACK OF HIS JERSEY

There's been a real smell of decay and decline around @BBCNews for some time and it's just honking now. This is just so incredibly insulting and unforgivably sloppy

Paul Royall, journalist and editor from BBC made an apology on Social Media as he tweeted ‘In tonight’s coverage of the death of Kobe Bryant on #BBCNewsTen we mistakenly used pictures of LeBron James in one section of the report. We apologise for this human error which fell below our usual standards on the programme.’ But the viewers were not happy and slammed the broadcaster’s online. Kobe Bryant Tragic Death in Helicopter Crash: A Look at Some Memorable Moments of the ‘NBA Legend Gone Too Soon’.

In tonight’s coverage of the death of Kobe Bryant on #BBCNewsTen we mistakenly used pictures of LeBron James in one section of the report. We apologise for this human error which fell below our usual standards on the programme.

This was not the first time that the BBC made such a blunder. As a user pointed out that in 2018 the broadcasting company confused Imran Khan with Wasim Akram.

Not the first time https://t.co/3xuHlvY8KS #newsnight

Kobe Bryant, 41, was an i8-time-all-star and had led his beloved Lakers to five championship titles in his career that lasted for 20 years. He was the third-highest point's scorer in NBA history before LeBron James overtook him on Saturday.