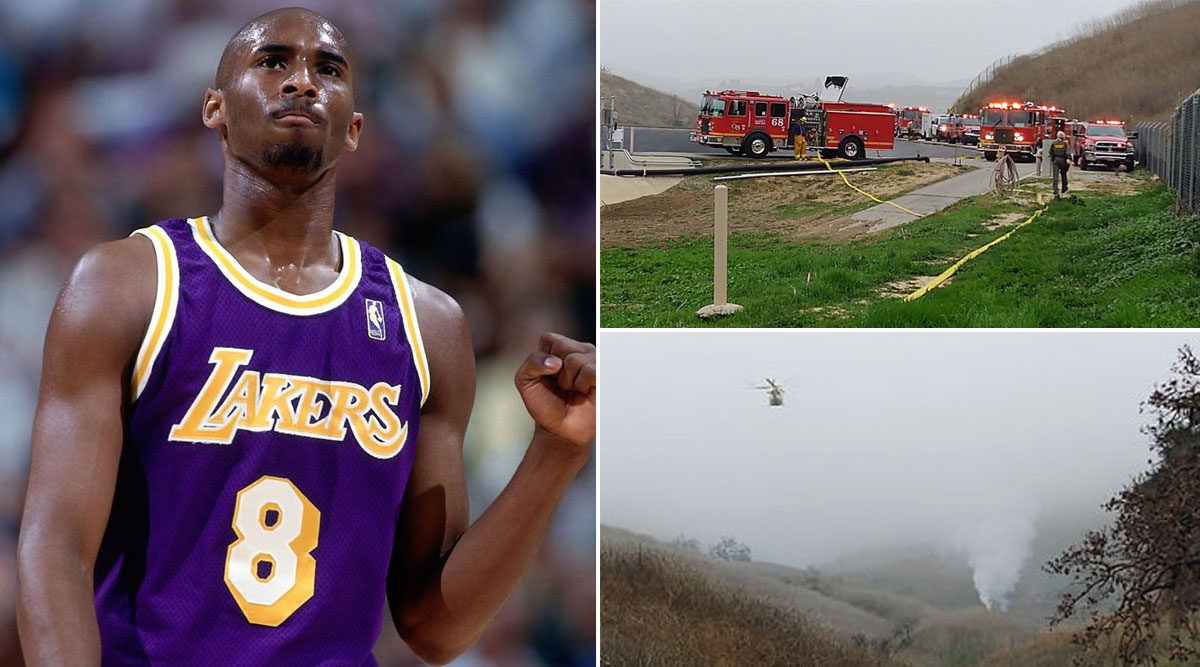 NBA legend Kobe Bryant breathed his last on January 26, 2020 (Sunday) after a fatal helicopter crash. Bryant, who despite his retirement from NBA in 2016 was a frequent visitor to the games, died after the private helicopter he was travelling in caught fire near Calabasas in California before spiralling down from the sky. Bryant along with eight others – which included his 13-year-old daughter - was killed in that helicopter crash with Los Angeles County Sheriff's Department confirms that there were no survivors from the crash. Footages of the Sikorsky S-76 helicopter crash have since emerged online showing the aftermath of the accident that claimed the life of Kobe along with eight others. Kobe Bryant's Daughter Gianna Among 9 Killed in Devastating Helicopter Crash in California.

Videos and photos from the site, which have since gone viral, show debris scattered around the area with smoke rising from them. Emergency services arrived immediately after the fatal crash. Reports have claimed that accident occurred from a fire onboard Kobe Bryant’s private helicopter before spiralling out of control and crashing in the Calabasas. The Sheriff’s department also informed that the identity of eight others, who died in the crash, will not be revealed until the coroner publishes its report. Kobe Bryant Dies at 41, Sports Fraternity Across the World Pays Tribute to Lakers Legend Who Died in Helicopter Crash.

CNN has confirmed that it was Kobe. Never imagined Kobe would ever go out like this man. If anyone can survive a chopper crash, it was him. pic.twitter.com/Gv1wqVptbt

Images of Debris and Smoke

Members close to Bryant’s family, however, informed the media that Bryant’s daughter Gianna was among those who did not survive the fatal helicopter crash. Bryant is survived by his wife Vanessa and three children. Apart from being an NBA legend and an 18-time All-Star, Bryant also won an Oscar for the short film “Dear Basketball” which was based on the short poems he wrote on his basketball career.