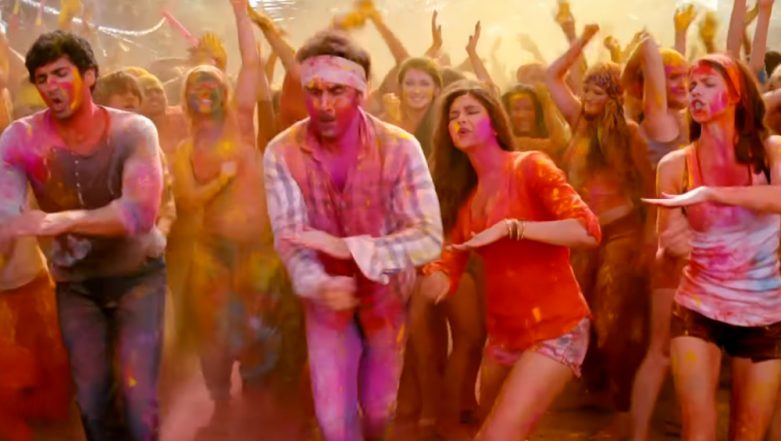 With the festival of Holi just around the corner, the excitement is seen among everyone. Playing Holi is a time when everyone just goes out and about splashing coloured water or just dry colours. Holi 2019 will be celebrated on March 21 this year. It is a festival that asks people to get messy with colours. Dance, songs, festive dishes are all a part of this celebration. The IRCTC too wants people to get groovy this Holi with their latest contest. IRCTC Holi Contest 2019 wants people to sing their favourite Bollywood Holi songs and upload videos on the TikTok app. The winners will get exciting prizes. Happy Holi 2019 Songs Playlist: From Rang Barse to Balam Pichkari, Dance Away With These Old & New Bollywood Songs This Festival Of Colours (Watch Videos).

The Bollywood industry has given many Holi songs over the years. Almost every year there is a Holi song that's released just in time for the festival. The IRCTC thus announced their Holi contest on Twitter asking people to sing their favourite Holi songs. They also have to write why a particular song and also mention their favourite travel destination. Holi 2019 Parties in Mumbai: Pool Parties to Special Camping Check Happening Events Around The City.

Check IRCTC's Tweet About The Their Holi Contest For This Year:

Have you started crooning to the popular Holi Bollywood songs already? Come;

Some of the participants have replied with their favourite song videos. Have you participated yet? Who knows, you could win tickets to your favourite destination as the prize hamper. The winners will be announced soon. So start singing and try your luck in this festive contest.