The victim bit off the ‘manhood’ in the process and forced him to run for medical attention. Police officials were soon alerted, and the rapist was taken to the custody, while further investigation on the same is on. 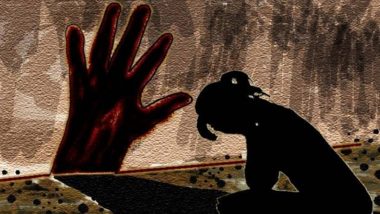 A young Ghanaian woman was reportedly attacked and raped brutally in her home. The incident occurred at the Obuasi area of Ashanti region in Ghana. While destroying her physically, did not seem enough for him, the vile attacker asked his victim to give him a blow job before he would finally leave the room. According to reports, the victim bit off the ‘manhood’ in the process and forced him to run for medical attention. Police officials were soon alerted, and the rapist was taken to the custody, while further investigation on the same is on.

A lot of domestic violence and rapes were reported in Ghana when the country went into lockdown because of the COVID-19 pandemic. This recent case is extremely shocking but the brave woman managed to get the rapist arrested,. The attacker identified as Emmanuel Ankron, broke into the victim’s room, armed with a knife, late that night.

The woman, as reported by BBC, stated that the rapist drugged and raped her, then grabbed her cell phone, TV set, and cash before he took off. But the robber came back. Not satisfied with the bout of sexual encounters, he asked for oral sex. This was when the brave woman resorted to the most effective form of self-defence—she bit down his penis with her teeth. So hard, that the attacker was reportedly bleeding. She actually managed to tear off a section of the rapist’s ‘manhood.’

The attacker reportedly ran away, leaving the stolen goods behind. Not long after the victim had arrived at the hospital to get her injuries treated, she met her attacker at the same place. The woman immediately alerted the police who arrested him, retrieved the severed part of the penis and sent it to the hospital while the investigations for the same has started.

(The above story first appeared on LatestLY on Nov 11, 2020 05:44 PM IST. For more news and updates on politics, world, sports, entertainment and lifestyle, log on to our website latestly.com).