Chris Cuomo, CNN News Anchor, Reveals Details of His COVID-19 Symptoms As He Continues His Fight Against the Deadly Virus (Watch Video) 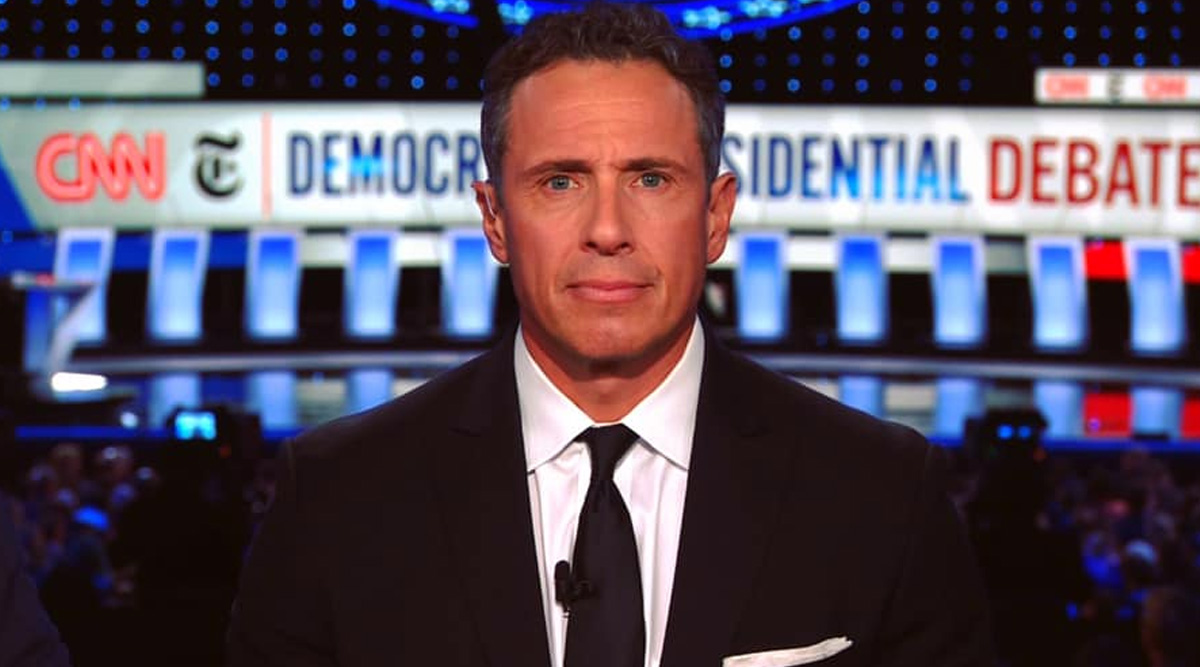 CNN News Anchor, Chris Cuomo recently revealed that he has tested positive for the novel coronavirus. The 49-year-old journalist informed fans that he is quarantining in the basement of his home to protect the rest of his family. He is even working from the basement! On Wednesday night (April 1, 2020), the news anchor went on air, revealing details of his symptoms while his fight with COVID-19 is on. Broadcasting from his basement and in quarantine from the rest of his family, Cuomo first informed that none of his family members has been tested positive as yet, saying that although it is a relief, meaning he did not pass it on to them, but it does not lower the risk. He further described rigours or shivering from the fever that reached 103—so severe he chipped a tooth. The video was also uploaded on Twitter at Cuomo Prime Time, receiving thousands of views and retweets. Chris Cuomo, CNN Anchor And Brother of New York Governor Andrew Cuomo, Contract Coronavirus, to Work From Home.

“I’ve never had anything like it,” said Cuomo mentioning that he was shivering Tuesday night with high fever. “I never experienced any kind of fever like what I have going on all the time, and the body aches, and the tremors and the concern about not being able to do anything about it,” the 49-year-old journalist continued as he broadcasted from the basement of his home. Talking on air to CNN Chief Medical Correspondent, Dr Sanjay Gupta, Cuomo acknowledged his chipped tooth. “You had these rigors … so bad, that I think you chipped a tooth,” Gupta recalled the symptoms as the two talked on the phone Tuesday night. “Yes,” Cuomo responded.

He even described hallucinations, including seeing his father, the late New York Gov. Mario Cuomo. “My dad was talking to me, I was seeing people from college, people I hadn’t seen in forever. It was freaky what I lived through last night. And it may happen again tonight,” he added. Gupta further assured Cuomo that it is okay to take a day off and rest.

.@ChrisCuomo shares the details of his symptoms and some good news as he fights coronavirus from his basement. pic.twitter.com/wF6zlN9Yay

Chris Cuomo recently took the internet by storm, after a video of him with his brother, Andrew, in the midst of a pandemic, bickering on-air about which one is their mother’s favourite went viral. The segment which aired on CNN, made people laugh with their surprise argument on national television.

This video of brothers Andrew and Chris Cuomo fighting ON AIR about their mom’s favorite child, calling their parents, and breaking curfew growing up is better than anything Shakespeare ever wrote pic.twitter.com/h7KF6pOdun

Chris Cuomo is an American television journalist, best known as the presenter of Cuomo Prime Time, a weeknight news analysis show on CNN. During Tuesday’s broadcast, Cuomo pleaded viewers to continue practising social distancing to flatten the curve and debunked common myth held by many who think they are immune to the virus.