Coachella 2022: From Dates, Tickets to Line-Up; Here's Everything You Need To Know About The Music Festival That Will Return In April Next Year

Organisers have now confirmed the dates for the upcoming festival on their website, Coachella 2022 will be held on April 15 to 17 and 22 to 24 next year. 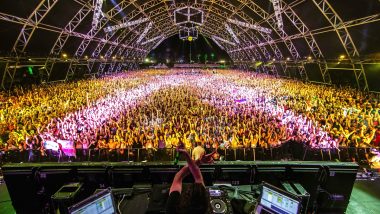 Calling all the Coachella enthusiast to dust off their flower crowns and crochet tops; The day you've been waiting for has finally been announced. Coachella music festival will make a grand return after two years of hiatus bought on by the pandemic. For most people, the pandemic put a damper on their best-laid plans in 2020. In 2021, it looked like the festival might just get back on tracks however the plans were also derailed since the country was just coming out of a severe health crisis. But Organisers have now confirmed the dates for the upcoming festival on their website, Coachella 2022 will be held on April 15 to 17 and 22 to 24 next year.

After several reschedules the music festival will be back in the deserts of Indio, California at the Empire Polo Club: 81-800 Avenue 51, Indio, CA 92201. The organisers of the music festival haven't confirmed the official line-up of artists set to perform next year. However, the 2020 line-up - before it was cancelled due to the pandemic - included headliners Travis Scott, Rage Against the Machine, and Frank Ocean as well as a performance by Lady Gaga.

It is unclear whether these artists will be signing up to perform next year; But they might just make an announcement after the ticket sales go up on  Friday, June 10, 2021, at 10 a.m. PT through its website.

Coachella has always been a celebrity hotspot that drives hundreds and thousands of people from all over the world. The organizers have stressed that the music festival will adhere to strict Covid-19 protocols. All attendees must be tested and vaccinated to attend the event.

(The above story first appeared on LatestLY on Jun 02, 2021 03:26 PM IST. For more news and updates on politics, world, sports, entertainment and lifestyle, log on to our website latestly.com).