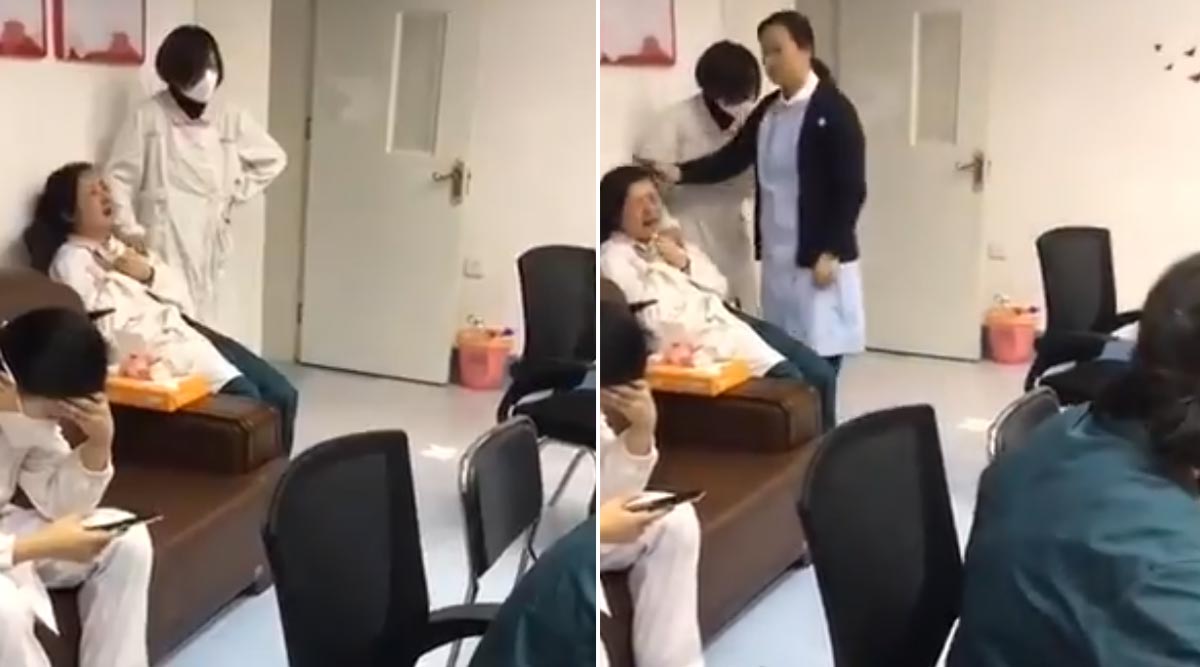 China is battling with dangerous coronavirus, which so far has killed 106 people. The cases of the newly infected have almost doubled. The country has further tightened travel restrictions to try and curb the spread of the virus. The Wuhan coronavirus has also reached to the United States, where at least five cases have been confirmed. Medics are working round the clocks. Meanwhile, a heartbreaking video is going viral on Twitter, showing a doctor screaming and crying in the exhaust. Tired of working for days, continuously without sleep and treating patients led to the emotional outburst. The clip has so far received thousands of views on Twitter. China's Coronavirus Symptoms: Ayurvedic Herbs to Strengthen the Lungs and Treat Pneumonia-Like Respiratory Diseases.

According to media reports, the footage is said to have been filmed in a hospital in Wuhan. The Chinese city is under quarantine with air and rail departures being suspended and roads closed. The now-viral clip was initially uploaded on Chinese social media and have since been taken down. It was later uploaded on Twitter. The clip shows a woman wearing a white medical coat, clutching her chest as she screams, “I can’t stand this anymore,”, as translated by Daily Mail. Her colleagues are captured trying to console her while wearing medical masks. China's Coronavirus Symptoms: How Susceptible Are Indians To Mysterious New Pneumonia Infection? Here Are Causes and Signs of The Deadly Outbreak.

As per the latest report, the number of coronavirus cases in China rose to 4,515 on January 17, compared to 2,835, a day earlier. The city of Wuhan is believed to be the epicentre of it. The outbreak of the virus came during the Chinese Lunar New Year celebration. Usually, the festival sees millions of participants across the country. But this year, many of the New Year festivities are suspended in an attempt to contain the spread of the virus.