Coronavirus Outbreak: Video of Chinese Elderly Couple, Infected by Deadly Virus, Holding Hands in Hospital Will Leave You in Tears 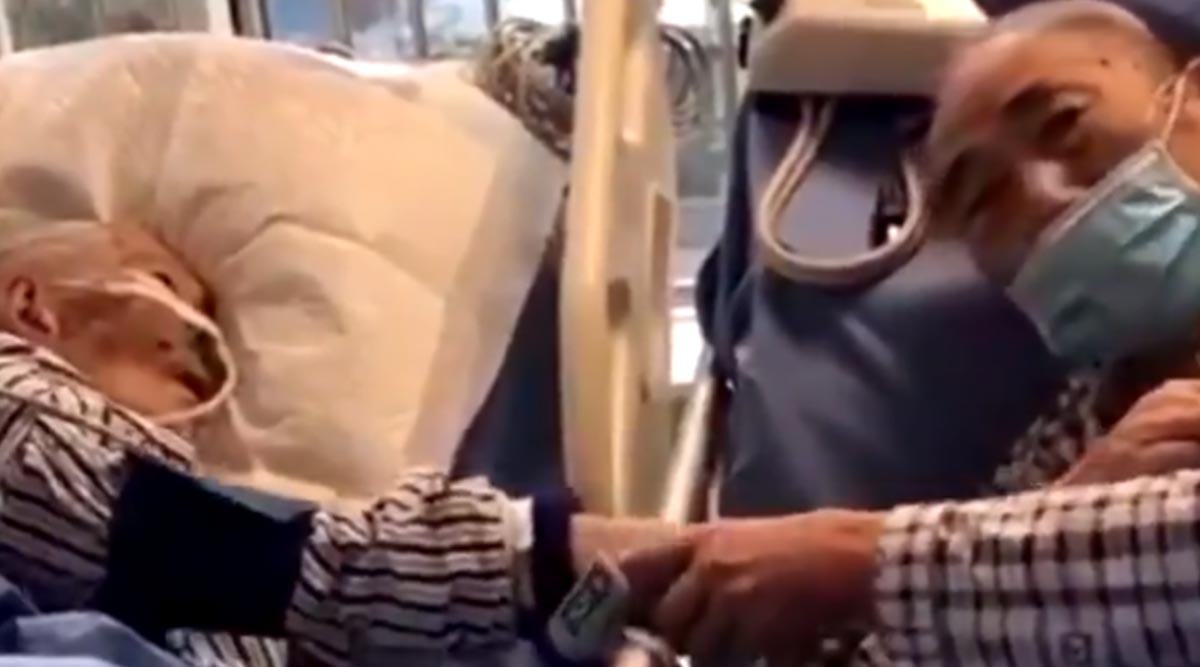 There has been a Coronavirus emergency in China. According to media reports, above 300 people have died from the deadly virus which first appeared in the city of Wuhan in December, 2019. The virus which can cause pneumonia is worrying global health authorities. Every day, Coronavirus outbreak is headlined internationally. Heart-breaking videos emerge on social media showing the intensity of the virus. Amid all that is currently happening in China, a clip has surfaced on social media showing an elderly couple, infected by the deadly virus. Lying in their hospital beds, the couple, reportedly in their 80s can be seen holding hands, hoping to get recovered. The clip has gone viral, leaving the internet users in tears. China to Open New Hospital, Built in Record Time, For Treating Virus Patients From Today.

In the video, the old man can be seen holding the lady’s hand, whispering something to her in Chinese. The video was shared by “Incoming Memes,” who reportedly share clips and memes of recent events happening around the world. It is a heart-wrenching scene and has made a mark on all social media platform. “What does a couple mean? Two elderly patients of #coronavirus #CoronarivusOutbreak in their 80s said goodbye in ICU, this could be the last time to meet and greet,” reads the caption of the video. Indian Woman Stranded in China Appeals For Help in an Emotional Video.

What does a couple mean? Two elderly patients of #coronavirus #CoronarivusOutbreak in their 80s said goodbye in ICU, this could be the last time to meet and greet 😭😭😭 pic.twitter.com/YKQIUM3YXJ

It is indeed an emotional scene. The situation, they are currently facing is unimaginable. We hope that the couple gets recovered soon. Meanwhile, reports suggest that some 151 Coronavirus cases have been confirmed in 23 including India. The first date outside China was recorded in the Philippines. This is only the fifth time when the World Health Organisation has declared a public health emergency of international concern.