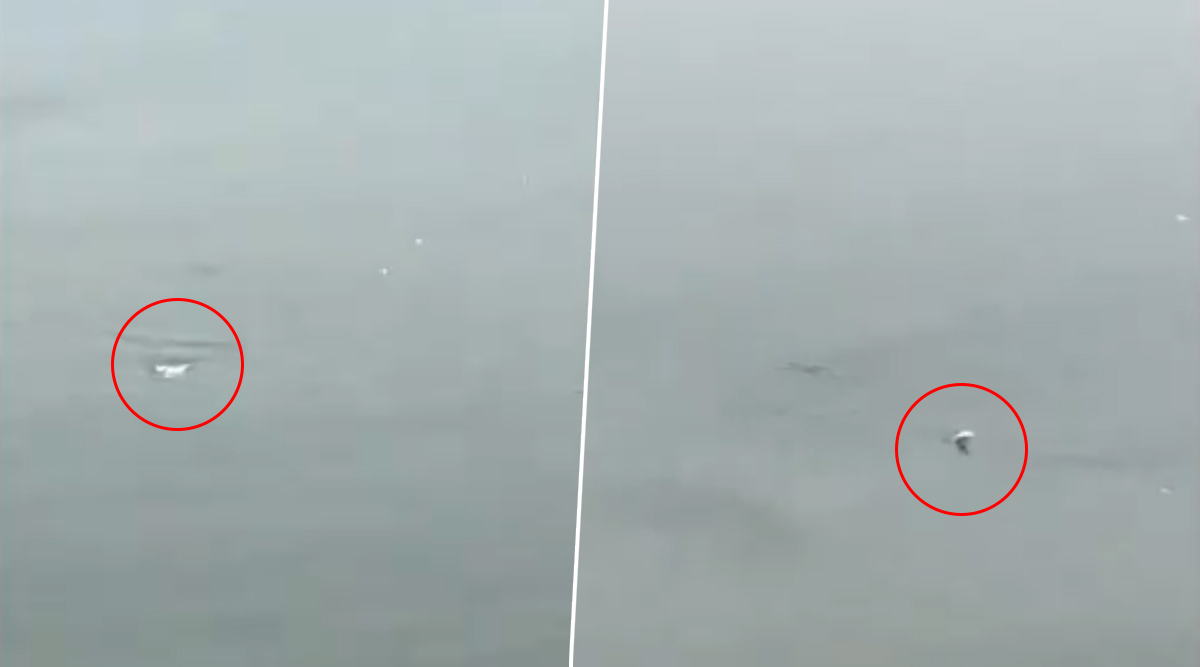 Days after Prime Minister Narendra Modi announced coronavirus lockdown, a few dolphins were spotted off Mumbai coast. While some credit to the lack of people near the shore, others believe it is a natural phenomenon and is not related to Janta Curfew. Following which, once again dolphins were spotted off Mumbai coast during the nationwide lockdown. A video shared by IANS shows dolphins taking a splash near Marine Drive. It looks like two dolphins were on the surface of waters while recording the video. Dolphins Spotted Near Mumbai's Marine Drive as Crowds Lessen Due to Janata Curfew (Watch Videos)

Dolphins are an endangered species, protected under Schedule I of the Wildlife Protection Act, 1972. Earlier this week when dolphins were spotted, Virendra Tiwari, additional principal chief conservator of forest (Mangrove Cell), Maharashtra forest department was quoted as saying, "Dolphins are present along the Mumbai coast and have regularly been spotted all the way from Manori, Versova creek areas to Nariman Point, Marine Drive, and towards Alibaug for quite some time. It is nothing new, it has nothing to do with fewer boats or an impact of the coronavirus lockdown."

The video of dolphins by wildlife conservationist Darshan Khatau was also shared by actress Juhi Chawla with the caption, "The air in Mumbai is so nice, light and fresh ..!!! I can't believe it... and it seems dolphins were sighted just off the shore near Breach Candy club ..!!! This shutdown of cities is not so bad after all #CoronavirusPandemic."

As the video went viral, people said that it was in 60 years that the waters were so clean. People were amazed to see the dolphins so close to the shore. Several other people had also shared videos of dolphins on social media. Meanwhile, people also started sharing fakes and videos of dolphins in Powai lake which had no connection with reality.