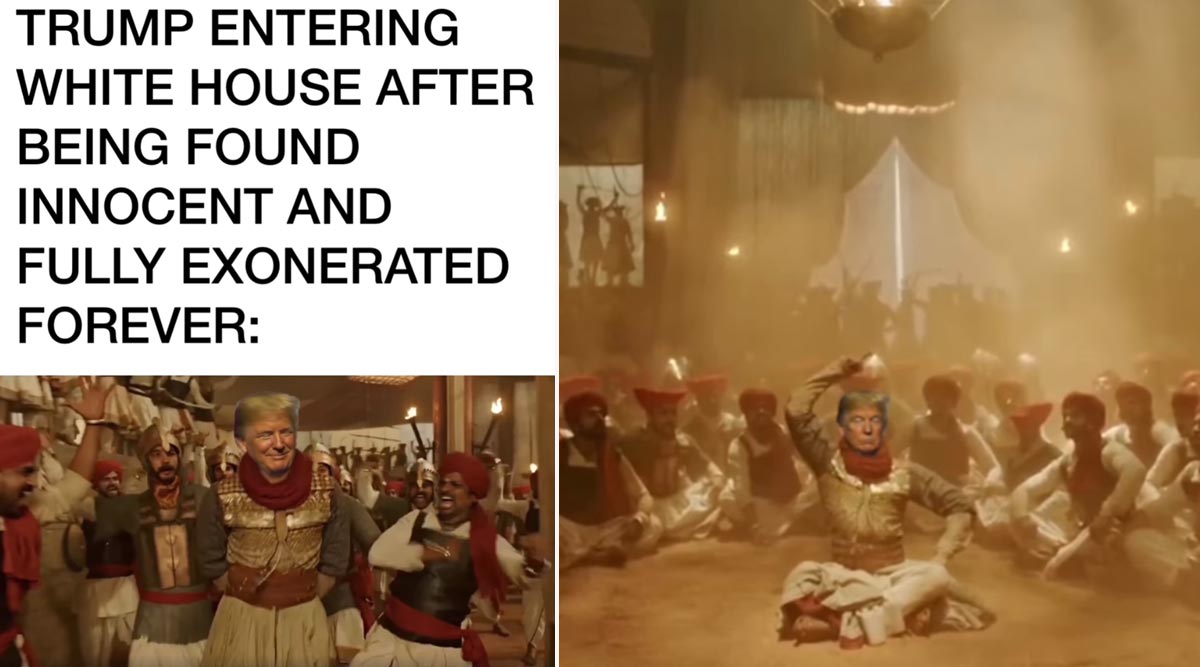 After United States President Donald Trump was acquitted of both articles of impeachment by US Senate, Donald Trump Jr on Thursday shared a video of POTUS dancing to Bollywood actor Ranveer Singh's popular track from Bajirao Mastani, "Malhari". The video with the caption "We Won. You Lost. Get the hell over it" has gone viral on social media.  US President Donald Trump Turns Peshwa Bajirao and Dances to Ranveer Singh's Malhari Song and Netizens Can't Get Enough of This Viral Meme.

In the Facebook post shared by Trump Jr's official account, Ranveer Singh's face, who played Peshwa Bajirao in the movie, is replaced with the US President. The video carries the words "Trump entering the White House after being found innocent and fully exonerated forever". Donald Trump Impeachment Trial: US Senate Acquits President of All Charges.

The made-up video of the US President is enjoyed by both Bollywood as well as Trump supporters. By the time this news was published, the post had over thirty-seven thousand reactions and more than six thousand comments.

"The choreography is astounding! Almost like there was collusion!" a user said. "I LOVE this !!!!! hahahaha I also LOVED his speech at the Breakfast Prayer .... Our President is an amazing man with amazing strength !!!! May God protect him, his family & our country from the evil," another said in a comment.