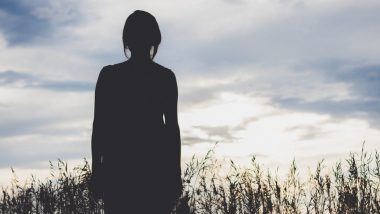 A 27-year-old girl from Andhra Pradesh, who was pursuing higher education in the United States, died at a waterfall. She slipped and fell off a waterfall while taking a selfie with her fiance. Polavarapu Kamala and her fiance were returning home after visiting their relatives in Atlanta when the incident occurred. On the way, they stopped at the Bald River Falls a popular waterfall in Tennessee. Reportedly, the couple reportedly slipped and fell off the waterfall while taking a photo. The Monroe County Sheriff's Office said that they received a call around 4.30 pm about the two of them slipping and falling down. Arizona Woman Hiking at Grand Canyon National Park Falls to Death While Clicking Pictures.

Kamala who hails from Krishna district in Andhra Pradesh and had gone to the US a few years ago to pursue higher education. While the man was rescued, she could not be saved. Kamala was found lying unconscious near a log. Rescuers tried to bring her back to life and even performed prolonged CPR on her, but could not revive her. Kamala, who was from Gudlavaleru in Krishna district had gone to the US after completing her graduation. She was working with a software company. Indian Couple, Who Was Travel Blogging in US, Falls 800 Feet to Death From Yosemite National Park's Taff Point.

Her mother was quoted as saying, "She graduated with an engineering degree and went for further studies to the US. She even found a job," her mother said. Her father said, "Efforts are now being made to bring back the body to India. The Telugu Association has said they will help bring the body home." Kamala has a younger sister who is married and settled in Chennai.

(The above story first appeared on LatestLY on Sep 14, 2020 05:35 PM IST. For more news and updates on politics, world, sports, entertainment and lifestyle, log on to our website latestly.com).