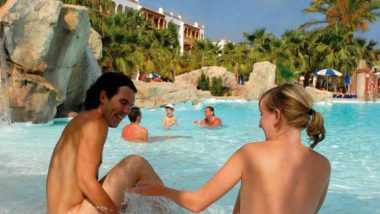 This is an entire four-day sex event, which has been designed in a festival manner with some sexual games as well. There will be bondage workshops, sex toy demos and even a bunny-themed pool party. "Sin City 8 is a four day 100% lifestyle & kink Vegas hotel takeover with pool parties, theme nights, play rooms, sex play shops, dungeons and more," reads the event website. The website also has some strict warnings against someone who tries to force sex. "Anyone violating the consent of another guest will be ejected immediately along with their entire group," they say.

(The above story first appeared on LatestLY on May 11, 2018 05:08 PM IST. For more news and updates on politics, world, sports, entertainment and lifestyle, log on to our website latestly.com).