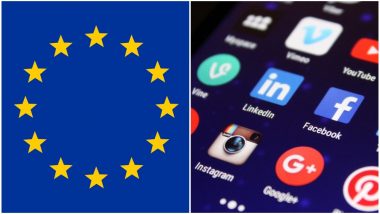 The European Parliament has voted to approve the reform of copyright rules, known as article 11 and 13 that could ban memes. The controversial copyright law acts as a filter on the internet monitoring everything post on the internet. Implementation of the law could stop social media users from posting edited or alter photos and videos. They could also introduce a mechanism that will filter the content posted on online portals like YouTube, Instagram and GitHub. The rule will also affect tech giants like Google, Facebook and Twitter. It will thus stop users from using copyrighted content or seek licences to display things.

With this law, every meme, parody, remixes, movie screengrabs you see going around on the internet would be reduced drastically. While some have welcomed the move, most internet users do not seem to have glad about the proceedings in the assembly. Of the lawmakers at the assembly, 438 voted in favour while 226 were against, with 39 abstentions. The law will now go through various stages and will witness debates before being implemented.

Those who welcomed the law include artists, musicians and other creative workers who believe the law will protect their content. German lawmaker Axel Voss, who guided the report through the assembly, said the vote 'is a good sign for the creative industries in Europe'.

Metro quoted German lawmaker Axel Voss, who guided the report through the assembly as saying, "We have addressed concerns raised about innovation by excluding small and micro platforms or aggregators from the scope. I am convinced that once the dust has settled, the internet will be as free as it is today, creators and journalists will be earning a fairer share of the revenues generated by their works, and we will be wondering what all the fuss was about."

However, the Computer and Communications Industry Association said it would 'undermine free expression online and access to information'. It is not known if the law will be introduced in the United Kingdom after Brexit or not. It said Article 13 of the Copyright Directive proposal 'will impose widespread censorship of all the content you share online'.

(The above story first appeared on LatestLY on Sep 12, 2018 11:41 PM IST. For more news and updates on politics, world, sports, entertainment and lifestyle, log on to our website latestly.com).