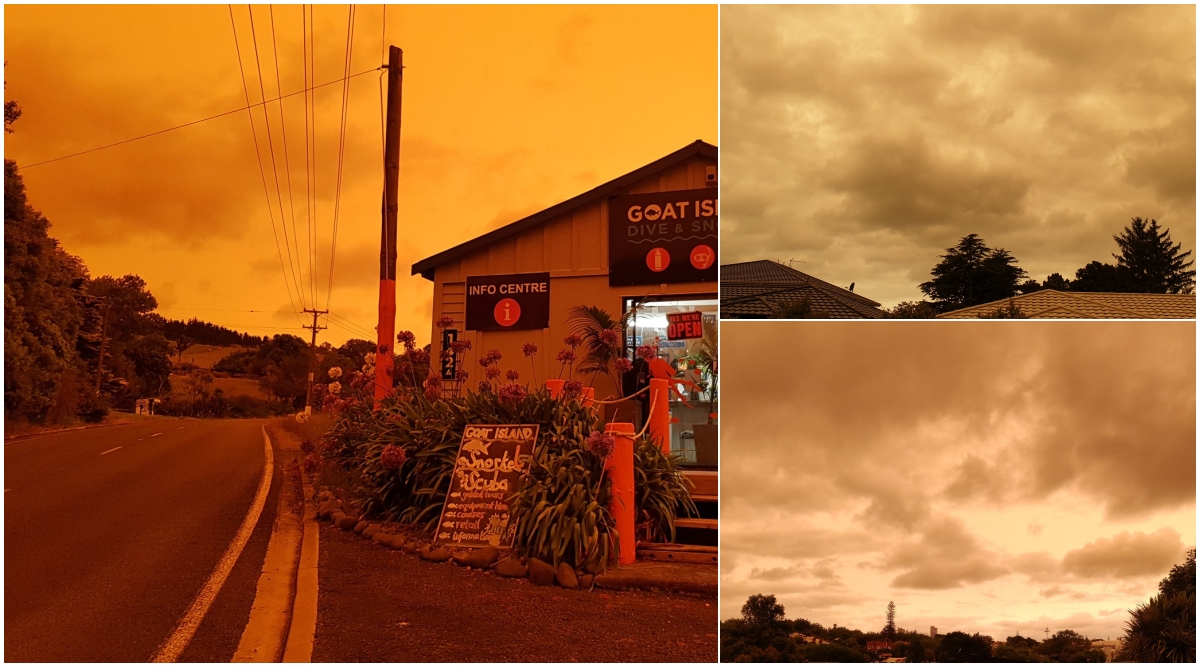 The bushfires in Australia are raging and the situation is too difficult to be controlled. Now the smokes from these fires have reached New Zealand and residents panicked when the skies turned orange all of a sudden. People even called in the 111 emergency call line to report and ask about the unnatural colour of the skies taking over all of a sudden. Pictures and videos of the orange skies are also being shared on Twitter this morning.

The smoke from the bushfires has moved from New Zealand's South Island to now blanketing much of the top half of the North Island. As per some reports, the strong northwest winds have brought the smokes from Australia. The police had to issue a statement asking people to not call about about the orange haze as they were inundated with calls. Scientists have said the reddish colour is caused due to the smoke, which reduces the visibility of the blue colour of the sky. Several people took to Twitter to share pictures of the orange skies taking over the country this afternoon. Australia Bushfire: Thousands of Holidaymakers Trapped on Beaches Encircled by Fire.

Check Pictures and Videos of Orange Skies in New Zealand:

Skies over Auckland this afternoon... pic.twitter.com/sN5Pjqs4NM

A dramatic and eerie afternoon turns to evening as smoke from the Australian Bushfires color the skies of New Zealand orange.

The stark contrast of the dive shop's lights as we closed today were a sombre reminder of what friends accross the ditch are experiencing. pic.twitter.com/8gmy7lCQHR

Check The Difference Between 2 Days

Yesterday at sunset vs today at 2:40pm in Auckland. Smoke from the Australian bushfires has made it all the way across the ocean. pic.twitter.com/GYMoZ4dgDG

It’s 2pm in Auckland yet it feels like the sun is about to set. An eerie, dark orange tinted sky filled with smoke from the #Australia bushfires over 2000km away.

The Ministry of Health has issued a statement saying the smoke may not impact the air humans breathe but pregnant women, babies, those with respiratory diseases may be at risk. NZ Herald quoted the Ministry, "It is possible that some people may still experience ill effects even though the pollution levels remain relatively low."

The situation in Australia is far worse as the fires continue to spread towards New South Wales. Already millions of animals have lost their lives and habitat. The electric supplies in Sydney are also under threat because of the fires. According to reports, since September, these bushfires have claimed lives of at least 23 people. Around 3.6 million hectares (36,000 square kilometres) of land has been destroyed.