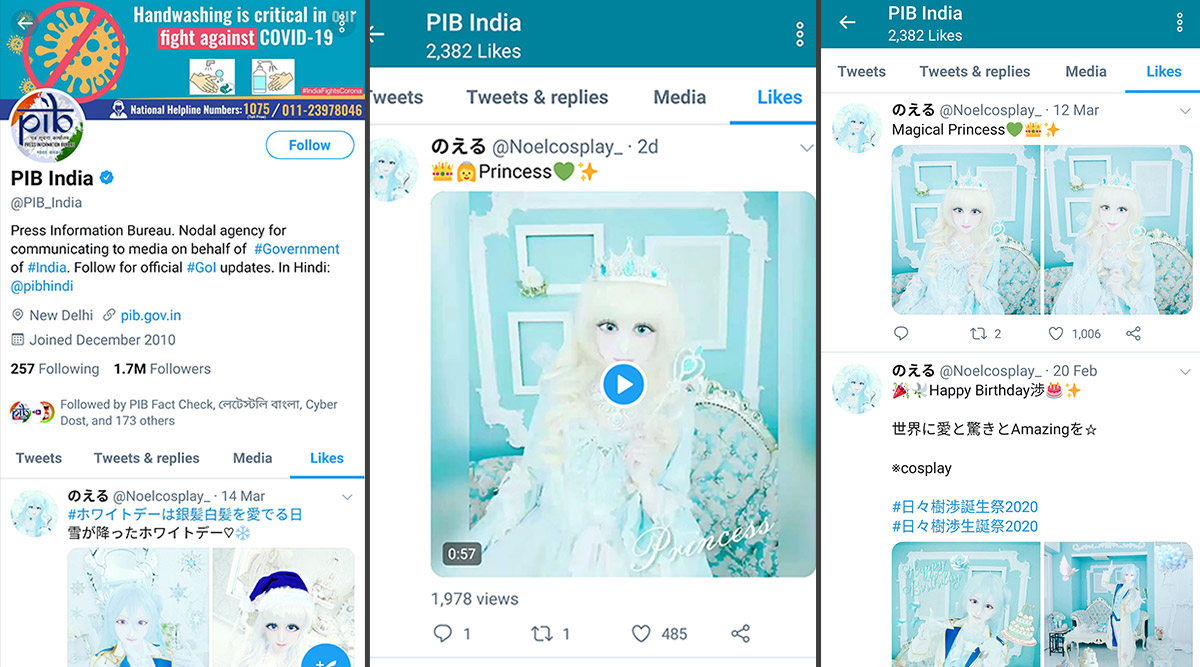 The Press Information Bureau of India (PIB) is the government's network to disseminate information to the print, electronic and new media on all plans, policies, initiatives, along with the achievements and events. The role of this agency becomes even more crucial at this stage when the country is battling a medical crisis of Coronavirus pandemic. But on the official Twitter accounts of both PIB India and PIB Hindi, there is some suspicious activity, regarding the likes of tweets by these accounts. Both these official accounts have liked multiple Japanese tweets, some of which feature a doll called Japanese Princess. There are likes on nude pictures, porn content too. This activity raises eyebrows if these accounts have been hacked! Coronavirus Can be Cured by Boiled Garlic Water? PIB Fact Check Debunks Fake News.

Both PIB India and PIB Hindi are tweeting updates about the Janata Curfew since this morning. Pictures from different regions and announcements regarding the COVID-19 precautionary measures are given online. They have also busted false claims on social media several times in the wake of the coronavirus outbreak. But if one sees through the tweets liked from these accounts, they are ambiguous. Pictures of certain dolls with Japanese captions have been liked. There are multiple tweets featuring the Magical Princess. The PIB Hindi account's likes are also on similar irrelevant tweets. What's more shocking is some of the likes are on nude pictures and pornographic content too. It raises concern if these authentic government agency accounts have been hacked. Social media users pointed out these likes from PIB accounts on Twitter. 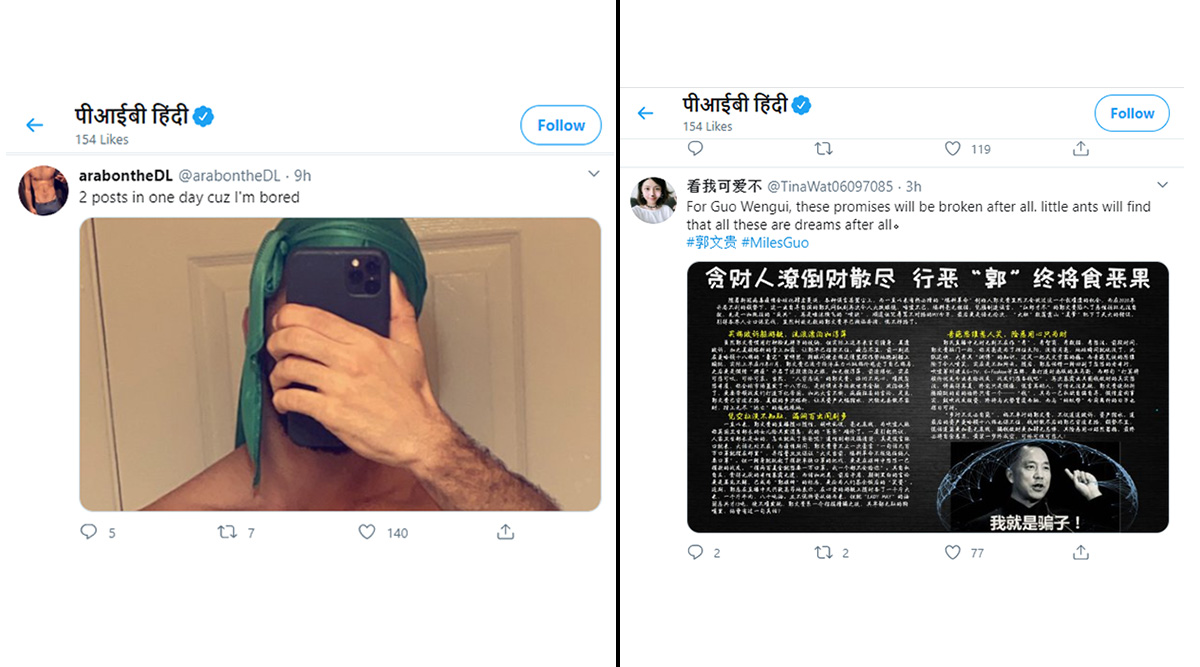 It is also a thing to notice here, that these likes are not only recent but from many days. The ones on Japanese Princess tweets are in mostly in the last two days. It is unclear at this point to know what exactly is wrong with the official accounts. We wonder if the person who is handling these accounts has unknowingly liked these tweets, possibly thinking it is his/her personal account.