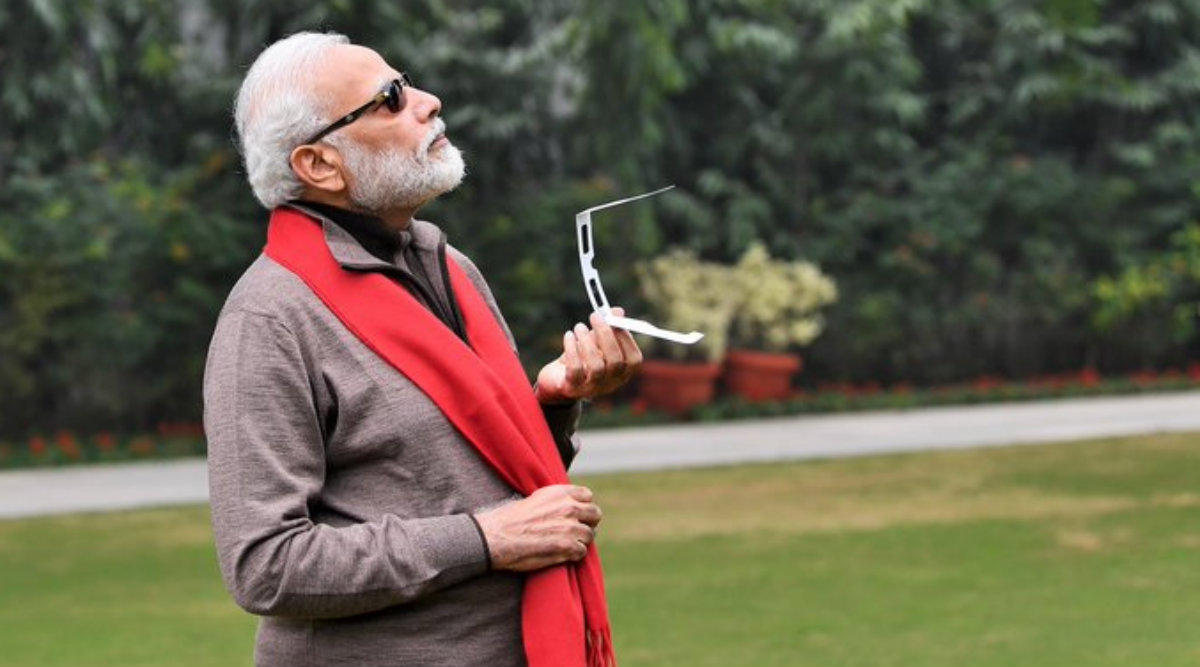 New Delhi, December 26: Narendra Modi on Thursday pleasantly surprised his Twitter followers when he 'welcomed' a user who had tweeted that the photo of the Prime Minister viewing the solar eclipse is becoming a meme.

"This is becoming a meme," the Twitter user, Gappistan Radio said, alongside a picture of PM Modi where he is seen wearing dark glasses and is looking above in the sky. PM Narendra Modi Reacts to Memes on His Solar Eclipse 2019 Photos, Says 'Most Welcome...Enjoy'.

The Prime Minister retweeted the tweet saying, "Most welcome....enjoy :)."In less than half an hour, the Prime Minister's tweet garnered over 17,000 likes and more than 4,000 RTs.Moments later, the Twitter user tweeted "Wait what". Earlier, the Prime Minister had tweeted a few of his pictures and had said that like many Indians, he too was enthusiastic about the Solar Eclipse."

Like many Indians, I was enthusiastic about #solareclipse2019. Unfortunately, I could not see the Sun due to cloud cover but I did catch glimpses of the eclipse in Kozhikode and other parts on live stream. Also enriched my knowledge on the subject by interacting with experts," the Prime Minister had tweeted.

Several parts of the country, including Odisha, Kerala, Gujarat, Tamil Nadu, Karnataka, Maharashtra and Delhi, are witnessing a solar eclipse on Thursday morning, which is said to the last one of the decade.