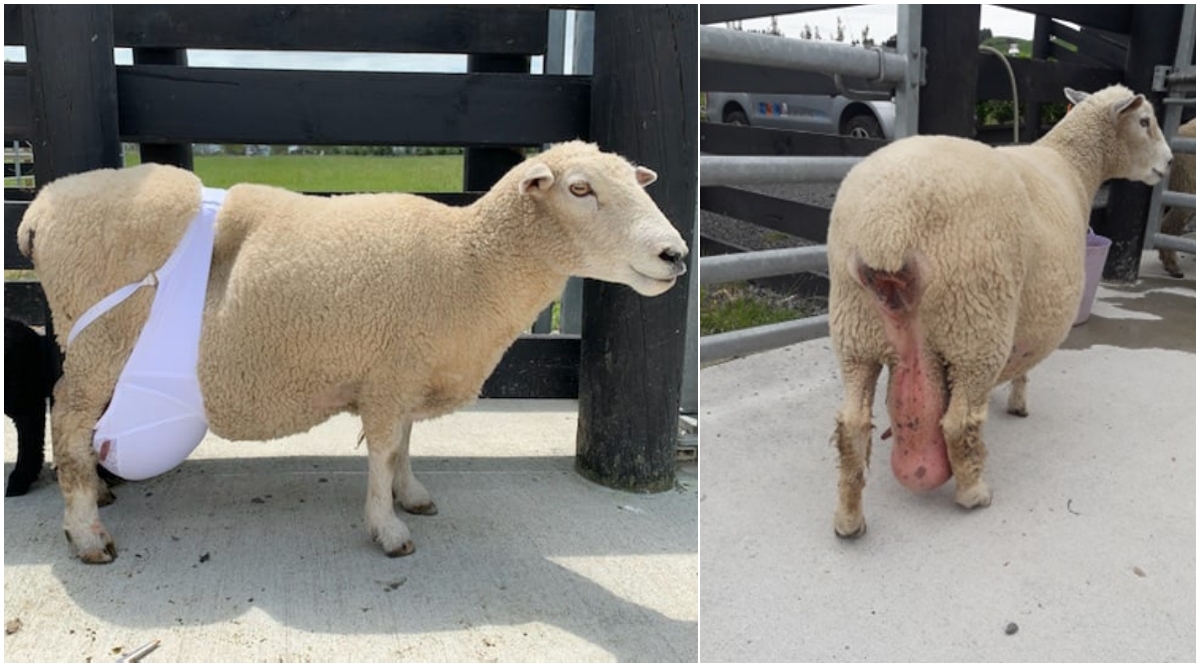 New Delhi, Dec 31 (IANS): You have watched the photos of pets dressed up in costumes are increasingly popular, particularly at Halloween. But recently a bizarre picture of a sheep in the UK wearing a bra is taking rounds on the internet. The photos were posted by Franklin Vets Lifestyle Farms captioned "Sheep in a bra! This photo is not staged." Bra Bra White Sheep? Meet Barbara, the Ewe Who Wears a Double D Lingerie to Support Her Udders.

"'Rose' (the name of the ship) was pregnant with triplets, and the sheer weight of her udder damaged the Suspensory Ligaments that hang the heavy organ from her body. When this happens the udder can hang so low that it can be traumatized on the ground, and unless the situation can be corrected, is a cause for euthanasia", added further. People on Facebook posting not only which style they prefer, but also support their way to take care of sheep. Hortaya Borzaya Dogs in Matching Turtlenecks This Winter: Twitter Cannot Stop but Make Relatable Jokes on the Viral Pic.

Here's The Picture of Sheep in a Bra:

A user praised the caretakers and wrote, "She's very lucky. Great owners." "I can tell you love your stock. We need more farmers like you", added another. A post read, "Wonderful work team but would that make it a brasserie." A user wrote, "Haven't heard of this being done before but then I am a townie. Super idea for the poor Mumma. Glad the lambs arrived safe and sound."