South Korean Seoul city government seems to have to set a reminder to what pregnant women must do—‘guidelines’ no one asked for. According to reports, the officials in the capital city have recently published sexist advices for expecting mothers, including instructions such as cooking for husband before entering labour. 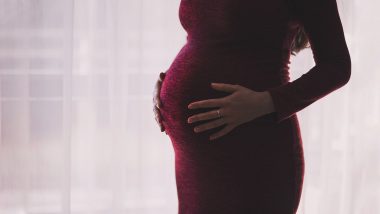 Pregnancy and the complications related to it are vast. Nausea, puking, leg or calf pain, vaginal discharges, burning sensation during urinating, and so on, women undergo a lot during the pregnancy. While experiencing all of these, a pregnant woman needs to ensure other responsibilities too. South Korean Seoul city government seems to have to set a reminder to what pregnant women must do—‘guidelines’ no one asked for. According to reports, the officials in the capital city have recently published sexist guidelines for expecting mothers, including instructions such as cooking for husband before entering labour, lose weight with household chores and more—the advices are outdated and sickening.

South Korea and its policies in defining gender roles have often faced criticism. Women from an early age are taught to work on their appearance, while men should only focus on their financial capabilities. The country’s sexist policies have angered feminists groups across the world. Even the lyrics of the Korean version of popular children’s song, Baby Shark was slammed for branding mummy shark as ‘pretty’ and daddy shark as ‘strong.’ The deeply patriarchal country has found itself in criticism, once again, for its guidelines for pregnant women.

Seoul city government’s Pregnancy and Childbirth Information Center published the guidelines on its website on January 5. The instructions include, “prepare instant foods like curry, black bean paste and soup, so the husband, who's unfamiliar with cooking, will be able to conveniently use them.” The expected mothers should also “prepare undergarments, socks, shirts, handkerchiefs and outers in the drawer for the husband and children to wear for 3 to 7 days while you're at the hospital.” They were also advised buying a hairband so that women don’t look “dishevelled,” since they won’t be able to wash hair for a while. Japan Schools and Their Bizarre Rules! School Authorities in Fukuoka Dictate Colour for Kids’ Underwears and Bras as Part of Guidelines.

This was not it. The advice also suggested women should lose weight by performing household chores such as washing dishes and cleaning. In case anyone wants to skip exercises, they are suggested to hand out “clothes that you wore before getting married or small-sized clothes that you'd like to wear after giving birth and look at them when you want to eat more than necessary or want to skip workout.”

Some of the pointers which significantly invited criticisms were reportedly taken down, but parts of the guidelines remain online. Shocked South Koreans began a petition asking the official responsible for the sexist and outdated policies to be punished and make a public apology. Furthermore, screenshots of the original version were also circulated on social media with netizens expressing their outrage.

South Korea has one of the lowest birth rates in the world, as per the United Nations Population Fund. The country is trying to encourage more births, but the efforts are being hampered by the government that frequently reflects a profoundly patriarchal society and widespread sexist views.

(The above story first appeared on LatestLY on Jan 14, 2021 02:49 PM IST. For more news and updates on politics, world, sports, entertainment and lifestyle, log on to our website latestly.com).