A jealous boyfriend in a fit of anger gouged out the eyes of his girlfriend because she liked someone else's post on Facebook. A bodybuilder by profession, he punched her in the legs and face. He further tried to strangle her. He has now been jailed for 9 years. 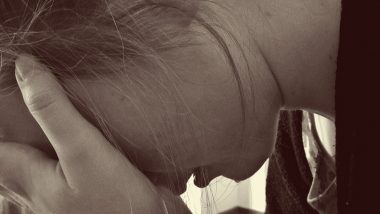 A jealous boyfriend in a fit of anger gouged out the eyes of his girlfriend because she liked someone else's post on Facebook! 35-year-old Danny Bridges has been jailed for inflicting severe violence on his girlfriend. A bodybuilder by profession, he punched her in the legs and face. He further tried to strangle her and tried to gouge her eyes out with his thumbs. In court, he showed no remorse for his terrible actions of last year in Kent. Bodybuilder From Michigan Assaults His Girlfriend and Stabs Her With Knife, Horrific Video Out!

A resident of Whitstable in Kent, he has been jailed for 9 years and three out of them will be served on extended licence. The assaults took place in April 2018 first and for the second time in November. As reported in Metro UK, The victim was left with blackened eyes after the attack. She was so scared she believed her 'eyes were going to pop out altogether.' She was frightened that she was going to die. At the time of the assault, she could barely manage to call her friends for help. When the Kent Police arrived at the scene, the bodyguard boyfriend refused to open the door. So the officers had to force themselves in. Delhi Man Hits Girlfriend With Hammer After She Refuses to Patch Up.

Bridges was arrested and charged with false imprisonment, two counts of assault. But he tried to deny that he had hit her, and instead said she had 'fallen over.' A jury at the Canterbury Crown Court found him guilty on May 2 and he was immediately sent to jail. The investigating officer of the case PC Morgan Fitzpatrick said, "I hope this sentence sends a strong message to perpetrators that violent crime will not be tolerated." He added that the victims should never suffer in silence and also encouraged others who had faced this kind of violence to come ahead and report their abuse.

(The above story first appeared on LatestLY on Jun 26, 2019 10:20 AM IST. For more news and updates on politics, world, sports, entertainment and lifestyle, log on to our website latestly.com).