Venus Meets the Pleiades Photos: Twitterati Shares Breathtaking Shots of The Rare 'Cosmic Hug' Between The Planet and 'Seven Sisters' 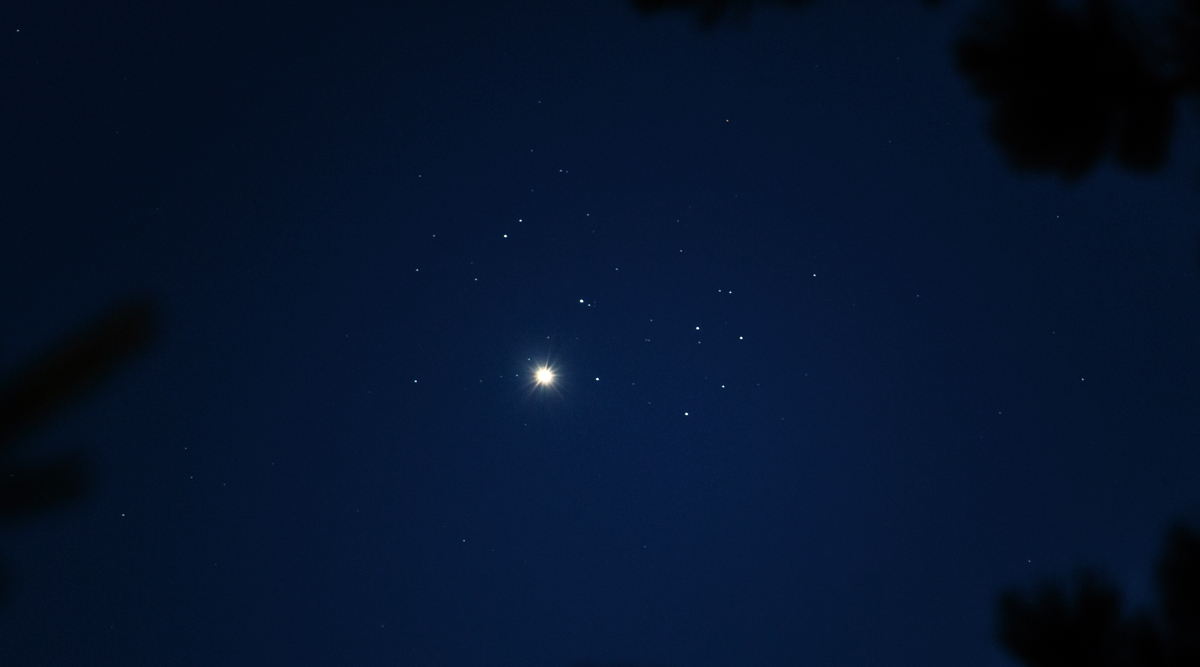 While we observe social distancing amid the coronavirus outbreak, venus meets with the Pleiades which is a constellation, also known as the "Seven Sisters." People around the world stayed at home in self-isolation and were able to witness the beauty in the skies. Twitter and other social media platforms are filled with breath-taking images and videos of the rare occurrence that is only observed after a gap of 8 years. Several people also live-streamed the occurrence online. Also termed as a rare "cosmic hug," this mesmerising event of Venus moving in direction of the famous cluster of Seven Sisters started from April 1. Yesterday, on April 3, 2020, at around 11 PM (17:30 UT), it passed through this cluster and you can also see it on the night of April 4 aka today. Venus will be around the Pleiades until April 9. Venus Meets The Pleiades Date, Time and Live Streaming: Know Everything About This Rare 'Cosmic Hug' Phenomenon and How to Watch It Online.

If you were not able to able to see the amazing vision last night, Twitter is ready with some of the breathtaking shots of the cosmic hug for you to make your day! Some photos are so vivid that it almost looks like you were there around venus and the Pleiades. View Pics:

Venus will be in conjunction with the Pleiades on April 3. Hopefully, it will be clear. this photo is from 2012. #Astronomy #VenusPleiades pic.twitter.com/6HgBvHGULI

Diamond In The Sky

Wonderful sight! Here's the view from my garden, Bedfordshire, UK.

As the skies darken it is looking amazing #VenusPleiades pic.twitter.com/optQaJJDuT

The occurrence can be seen with naked eyes, yes no glasses required. Venus and Earth are in what's a called a near resonance and both the planets return to nearly the same positions in their orbits at eight-year intervals. Venus will pass so close, it will appear to kiss Alcyone, the brightest star in the cluster of Seven Sisters. When is the next time you get to catch this event? April 4 2028.