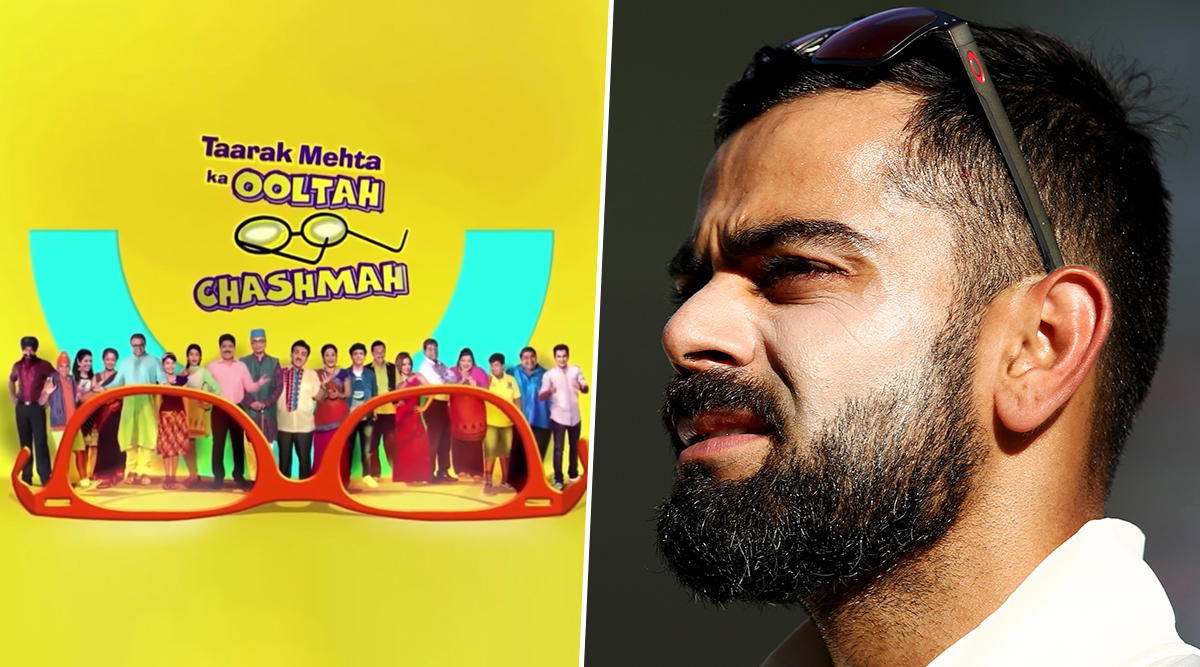 Popular television show Taarak Mehta Ka Ooltah Chashmah trolled Indian cricketer Virat Kohli in their latest episode. The popular sitcom took a dig at the Indian skipper with reference to Team India’s defeat in ICC Cricket World Cup. The characters of the show tried to solve a riddle in their latest episode and in the process, joked about Kohli not being able to win all the time. Virat Kohli a Lot Like Sourav Ganguly, Bold in His Decisions, Says Zaheer Khan.

In the episode, a prominent character of the show Bhide tries to solve a riddle received through a postcard. The riddle asks, “Humesha jeetne wala' (the one who always wins). While Bhide first says Virat Kohli as the answer, his daughter Sonu denies his answer by saying that he recently lost in the semi-final match of ICC Cricket World Cup 2019. The video of the moment became quite popular on social media with Twitter users responding to it. Have a look at the video below.

looks like master bhide is a dhoni fan. pic.twitter.com/Zzfb7eOMfY

India, who were the top favourites in World Cup 2019, lost in the semi-final against New Zealand. India finished on the top spot after the group stage and many expected the Indian team to lift the trophy. However, a top-order batting collapse against Kiwis saw India on the losing end in the match by 18 runs. England defeated New Zealand in the final to lift World Cup 2019 trophy. Anushka Sharma Praises Husband Virat Kohli For Hosting Indian Sports Honour.

Meanwhile, Taarak Mehta Ka Ooltah Chashmah’s new plot shows the characters getting postcards by a postman, which have some interesting riddles to be solved. The characters are engaging in brainstorming to find the correct answer, which will enable them to get a prize. The show, which is running for more than a decade, is one of the most popular family shows in India.